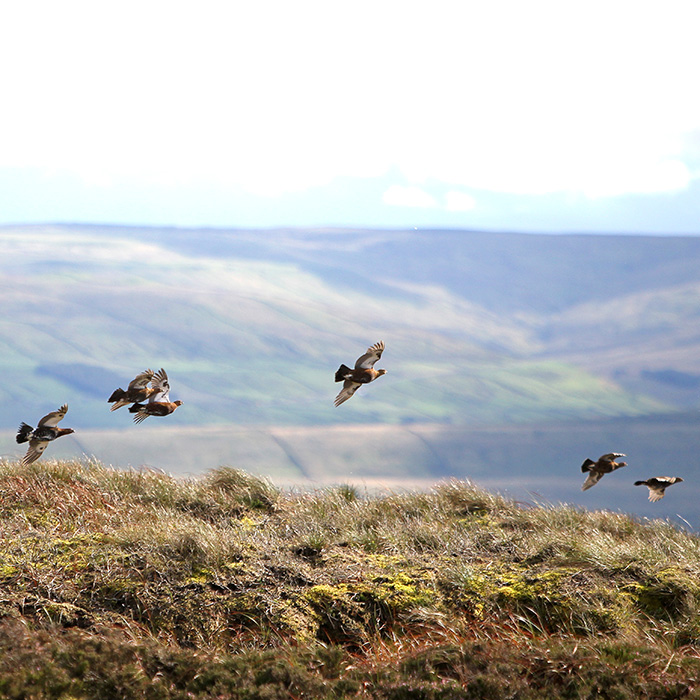 As we approach the official start to the grouse season, our Head Chef Stewart Turner delivers a delectable recipe, guaranteed to make the most of this great game bird.

The Glorious Twelfth is another milestone in the cooking year, and signals the start of the game season. Although the season for most game birds doesn’t start until September or October, the mighty grouse shoot starts on the 12th August. These glorious birds are exorbitantly priced over the first few weeks of shooting. There is always a clamour among chefs to be the first to get them on the menu, with an associated prestige. In my first London role at the Connaught Hotel the 12th would be a revered day, with birds from the morning shoots being raced to the butcher (Allan’s of Mayfair, that was just across the road), plucked and prepared, then ceremonially delivered to the kitchen for the evening dinner service.

I often think of grouse as one of the fuller game birds, not the easiest to get acquainted with, although the nose belies quite a delicate flavour that is complex but light. As the season progresses, the flavours become a bit fuller and can stand up to quite robust preparations. The young birds are a bit more delicate and have to be treated as such. This is not a dish for the purist but is a lovely alternative to the classic roast grouse.

Preheat the oven to 200?C. Lay the bacon slices over the grouse breasts and secure them with string. Heat the oil in an ovenproof frying pan over a high heat, add the bacon-wrapped grouse, bacon-side down, and season well with salt and pepper. Seal the grouse for two minutes on each side, until nice and golden. Add the butter, baste the bird well with the foaming butter and place in the oven for 10 to 12 minutes (for medium rare) or until cooked to your liking. Remove the grouse from the pan and set aside on a warm plate to rest.

Remove the breasts from the grouse, and add any of the cooking juices to the dressing. Place on a serving platter, spoon over the dressing and finish with the toasted walnuts. Serve with some summer greens and watercress.

Deseed the pomegranate over a bowl, catching all the juice. Retain half the pomegranate seeds. Put the remaining seeds in a blender with any juice; and pass the resulting mixture through a sieve. Place in a pan with the garlic and cumin, and boil over a high heat until reduced by two thirds. Put in a bowl discarding the garlic and cumin. Whisk in the mustard, molasses and vinegar, then slowly add the oil, whisking as you do. Season with salt and pepper. Mix in the rest of the pomegranate seeds. Cover and set aside until required.