Rhône wasn’t built in a day 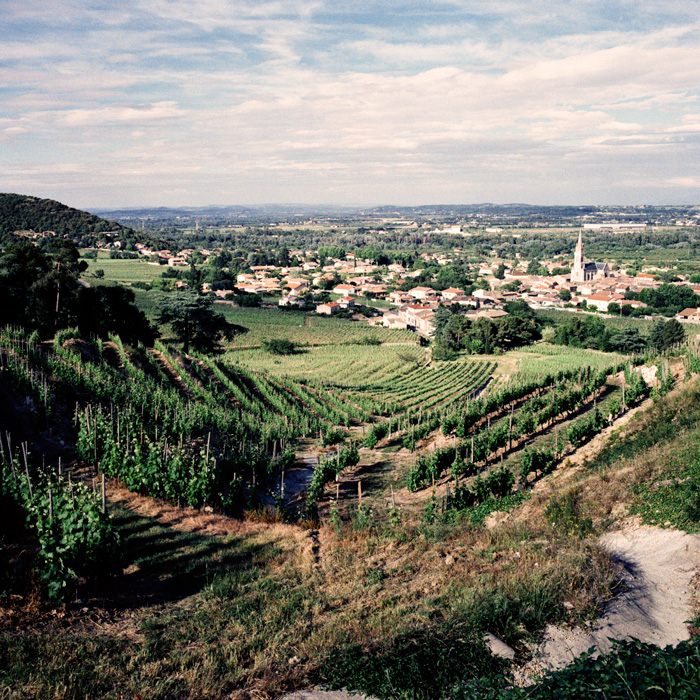 Simon Field MW fondly recalls his early experiences as our Rhône Buyer, and the growth of the offer – both in volume and status – in recent years

The launch of our annual Rhône offer is, as usual, a source of great satisfaction and an opportunity to reflect on the process of its gestation and, maybe more whimsically, on its development over the last few years. I recall the early days when I was made the Rhône Buyer and the outstanding 2001 vintage, launched in early 2003. The offer was neatly captured on four sheets of A4 and was dominated by the ranges of Chapoutier and Ferraton in the north and Beaucastel, Vieux Télégraphe and Clos des Papes in the south. So far, so good, as these were – and remain – the stalwarts of any serious range; but that was pretty much it, with the ‘window dressing’ provided by one or two smaller producers, all of whom were bought through an intermediary, and all of which were fairly widely available in the UK trade.

My first ‘full’ vintages were the disastrous 2002, when the heavens decided to open on the first day of picking in Châteauneuf-du-Pape and pretty much stayed open for the next three weeks, decimating most of the grapes and all vestigial optimism; then came the atypical 2003, when the grapes struggled to combat the fierce 40 degrees-plus heat in mid-summer and reached degrees of alcohol which have, thankfully, never been seen since. These anomalies were actually rather good in the years when I was developing the range and building contacts, as I felt that the lack of any overwhelming interest in the vintages in question allowed me to refine the selection process and to build up a network of contacts. Such things can only be done one way: by repeated visits to the region and by knocking on lots of doors.

My strategy was, and still is, to make and maintain direct contacts and, wherever possible, to avoid the ‘middle man’, the agent who usually takes a commission and tries to sell a wine to as many importers as possible. The task has been facilitated by the evolution of large wine fairs, specifically Vinisud in Montpellier and Découvertes en Vallée du Rhône, which takes place every other year in the key towns and villages of the region. Smaller events, such as the Ampuis Wine Fair in January, have also played their part and the serendipitous acquisition by Berry Bros. & Rudd of smaller agency houses with Rhône specialities have brought in the exclusive importing contract for Clos des Papes (via Richards Walford) and Beaucastel (via Mistral), two of the very greatest names.

And so, slowly but surely, the offer has grown, with significant landmarks being the 2007 vintage, where an annual Fine Wine trip was introduced to inspire colleagues from our key sales team to learn about and get behind the wines in question, and then the 2010 vintage, a year of such unrivalled sublimity that the number of producers climbed to over 60 and the sales broke all records. Thereafter we have been delighted to maintain relationships with the vast majority of these producers, every year introducing new names and refining the offer so that it comes closer and closer to giving a definitive photograph of the diverse styles of wines available. And talking of photographs, the last few years have also seen visits by a professional photographer, together with our Brand Director, the result of which has been a set of very smart brochures adorned with great illustrations of growers and vineyards alike.

So, great leaps forward over the last decade or so, and a list to be proud of. The 2013 vintage was a somewhat atypical harvest with small volumes, brought in very late in the season, but with resulting wines of great harmony and subtlety. The comparisons made by some of the growers to the best years of the 1980s and early 1990s are, however, in no way negative, and reflect styles of wines which are currently back in fashion… and I, for one, shall certainly be purchasing a few for my cellar.

3 Responses to “Rhône wasn’t built in a day”