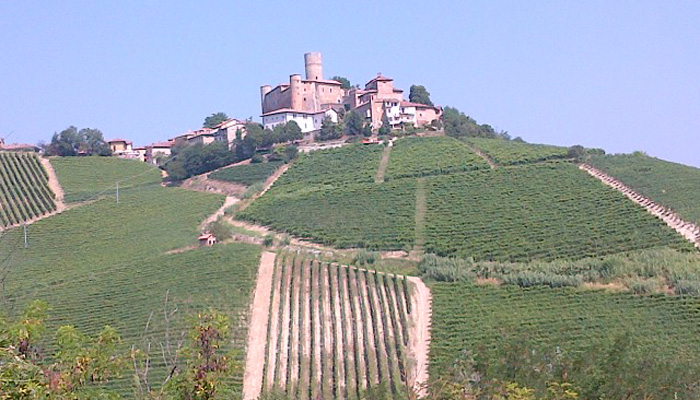 Piedmont is without doubt the most beautiful vineyard region I have ever seen. It combines the discreet valleys and small vineyards of Burgundy, with a stunning landscape reminiscent of the Douro’s striking slopes. Driving south from Turin you are greeted by the fertile plains of the Po Valley, which for millennia have been a cross roads of southern Europe, traversed by Gauls, Carthaginians and Vandals alike. It was Roman civilisation, wealth and arguably wine which led these transgressors here and the latter is still pulling in visitors from around the world.

Once clear of the valley one ascends rapidly up the outer hills of Barolo and Barbaresco. At the top of the 550 metre precipice the visitor is greeted by a simply breath-taking view, where one feels closer to the heavens than the earth. At first the vineyards and villages appear to sit within a cauldron of ridges, but on closer inspection it becomes clear that the topography is considerably more complex than this. Amongst the medieval, castello-topped major villages (such as the village of Barolo itself), there lie a myriad of small vineyards arranged in every direction and on every contour possible. It is immediately evident therefore how this fine wine region has drawn so many comparisons with the complex and diverse terroir of the Cote d’Or. Added to this at the bottom of every valley one finds crops of hazelnut trees, with corn and olives also adding to the diverse farming of the region. Thankfully these are now planted separately, rather than in the mixed-viticulture regime of every farmhouse in ages passed.

Having set the scene, I would recommend that if you would like to learn more about the history and structure of Piedmont’s wines and regions, to visit our Wine Knowledge pages. From my trip to the region with my colleagues from the Fine Wine Team and Buyer David Berry Green last week, I would simply like to highlight a couple of interesting points you may want to investigate further for yourself – perhaps at our forthcoming Grand Tour Italian Tasting.

Barbaresco – Widely considered the “little brother” of Barolo, the smaller region is in my opinion capable of producing wines equal to the best in its southern neighbour. The styles are thought to be lighter than Barolo, but this is, as with all sweeping generalisations, misleading. In reality there are producers making Nebbiolo in all styles, ranging from the fresh and approachable – Marinacci, to elegant and ethereal – Roagna, with some showing more body and richness – Luisin. There are fewer producers than in Barolo, but the quality is undoubtedly at the same level.

Age-worthy wines – Without any question Nebbiolo is capable of very extended ageing. This is a truly noble grape variety, which benefits hugely from years in bottle, yet is approachable within as little as 4 years. We tried a succession of Roagna’s wines dating back to 1982 which still showed remarkable fruit and could easily have been 20 years younger. The flavours of tar, earth, leather, roses and violets, develop brilliantly with long-term ageing. Also as the wines tend to have quite low levels of tannin, meaning that even when the fruit has given way to tertiary flavours they don’t dry out; also the wines keep freshness thanks to their acidity. Many Bordeaux from the 1970 vintage which we were treated to at Luisin would have long ago dried out and be dominated by tannin by now; the 1970 Barolo was singing though and had time to spare.

Furthermore you don’t have to wait 15 or more years as with many Bordeaux before you find developed, meaty aromas in Nebbiolo. We thoroughly enjoyed a 2003 and 2000 Bartolo Mascarello Barolo, which already had the moreish aromas of truffle, dried flowers and sousbois. The magnum of 1985 which followed was at a remarkably similar stage of its development to these, showing that Nebbiolo hits a level of full maturity relatively quickly, then stays there for a long time.

Modern or traditional – In the sleepy hills of Barolo and Barbaresco there is a quiet, ideological battle raging between protagonists of these two camps. The modernists aim is to make very fruit-driven wines from low yields, with low tannins from short macerations, then to age them for eighteen months in 225 litre French barriques, which then add weight and the lacking tannins. This style has been made famous by Gaja and Sandrone amongst others. The traditional approach, championed by the likes of Bartolo Mascarello and Roagna is conversely non-interventionist in the vineyard and encourages the normal high yields which Nebbiolo naturally creates. The wine and skins then remain in contact for long macerations, up to 50 days, before 4 years’ or more ageing in 2500 litre Slavonian oak “botte”. Somewhat counter-intuitively this actually creates more delicate wines, as it gives the tannins time to combine (or polymerize) into longer chains, thus making them softer and finer. The results of these diametrically opposed interpretations produces enormously different wines. One should naturally sample both and make one’s own conclusions if either is preferable. 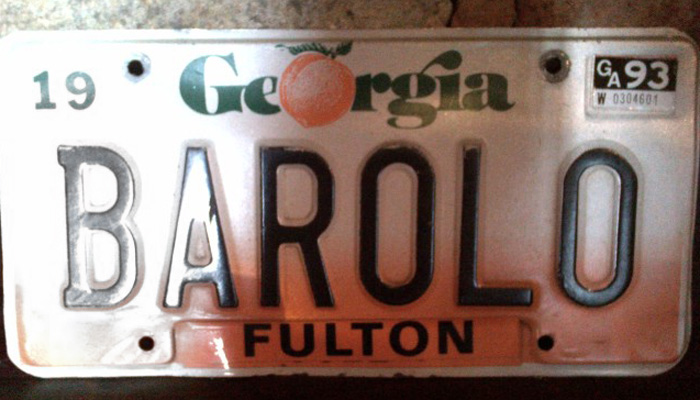 Beyond Nebbiolo – The Piedmont region is home to some much overlooked and very serious grape varieties, beyond Nebbiolo… Dolcetto shows lots of fresh, ripe, dark fruits, combined with balanced acidity and fine tannins, making this an unbeatable lunchtime wine. Barbera fills a similar role to Dolcetto, whilst the fruit character is more of floral, fresh, red fruits. Arneis – The white grape of the Roero commune, north of Barolo, this much underrated grape provides lifted citrus, mineral and floral notes, whilst showing sweet, herbal notes on the quite full palate. It is also capable of ageing 10 years or more in some circumstances. Timorasso – Another great white variety which offers stunning value and ageing potential, found in Colli Tortonesi, east of Barolo. Similar to Arneis, but with a more determined, mineral, flinty character.