Nyetimber: The Height of Fashion 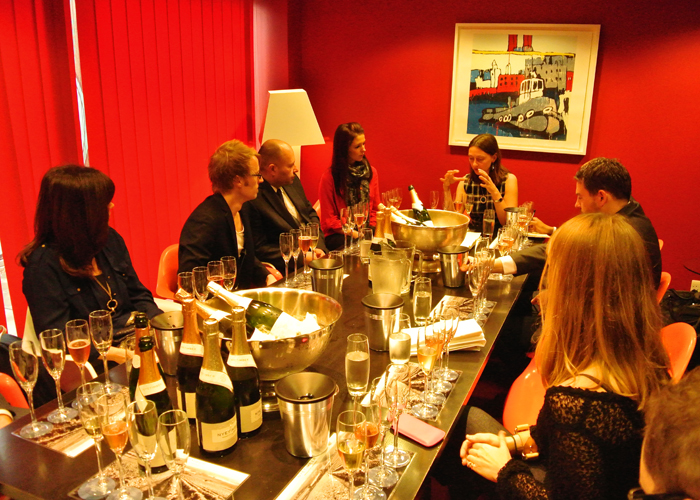 You know the New Year is is off to a good start when one of the first things to land in your inbox is an invitation to a Nyetimber sparkling wine tasting (including the soon to be launched 2007 Blanc de Blancs)- just when you thouht the excuse to taste bubbles was over.   Even better was the twist- preceded as it was by a fashion show as part of London Collections: Men week at the Hospital Club, Covent Garden.  Thankfully it looked nothing like the hospital laboratories I worked in during my previous working incarnation.  The link wasn’t stretched too much during the tasting, although the presence of wool in a number of catwalk items did bring to mind the latest recruits to Nyetimber’s workforce.  They being a herd of sheep that will work the vineyards by keeping grass and weeds down.

But to the tasting, which was also a chance for me to finally meet their winemaker, Cherie Spriggs.  I have long been a fan of the Nyetimber style, which balances long ageing with freshness so that even venerable vintages such as 1996 taste much younger.  They have most definitely been leaders, rather than followers, of the English sparkling wine world since 1988.  A single estate using only its own grapes, it has garnered fans and medals the world over.

On the sparkling vinous catwalk were current and new releases. First up was 2008 Classic Cuvée, of interest for several reasons.  It was Cherie’s first vintage under her total control as the winemaker, made with 79% Chardonnay and the balance the two Pinot grapes. And if I can get technical for a moment, it also utilised malolactic fermentation. Basically, this process softens the often hard acidity found in some cool climate wines (such as England), but which was felt unnecessary for many of the previous vintages at Nyetimber.  However, Cherie felt that the cooler 2008 vintage would benefit from such treatment. The nose had the (dare I say “classic”?), Nyetimber aromas of rich brioche allied with lemon notes following through on the palate where the red fuits (Pinot Noir especially was very expressive in this vintage) came to the fore adding weight to the palate.

Next was the 2008 rosé. This engendered much discussion, not only from the fact that it is delicious (think red and dark forest berry fruits, lavender floral aromas, fresh acidity- nothing confected about this rosé!), but also how it is made and rosés in general. Restraining my not so innner sparkling geek, main points: the blend is specifically created, unlike most which simply add red wine to their standard brut blend; Cherie tastes the still wines in dark glasses when deciding on the blend so that the colour does not dictate the wine she feels is the best she can make; they bottle in dark glass to prevent light damage to the wine, rather than the vogueish clear bottles.  Once again, fashion leaders, not simply followers of fashion. 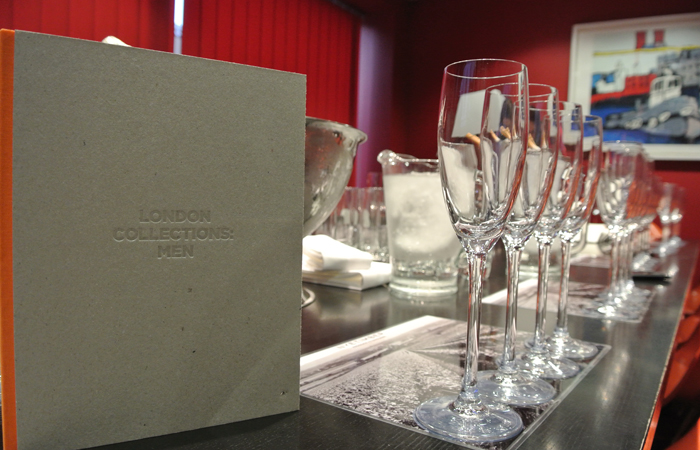 The newly launched 100% Chardonnay Blanc de Blancs from 2007, we were the first outside of Nyetimber to taste it, was supremely elegant.  A rapier-like minerality on nose and palate at first, (in part due to no malolactic done in this vintage) with green apple, lemon and grapefruit lending a purity to the whole ensemble.  As those who have attended any of the sparkling events I host will know, I’m a bit of a sucker for blanc de blancs and this was no exception.  This, like the other cuvées, is ready to drink now but all could easily be cellared for several years, and this in particular for at least five years, probably longer. Even the rosé, which Cherie professed to preferring young, I would happily cellar for at least a few years to see what happens (I suspect hints of sousbois and almost cognac-like rancio). 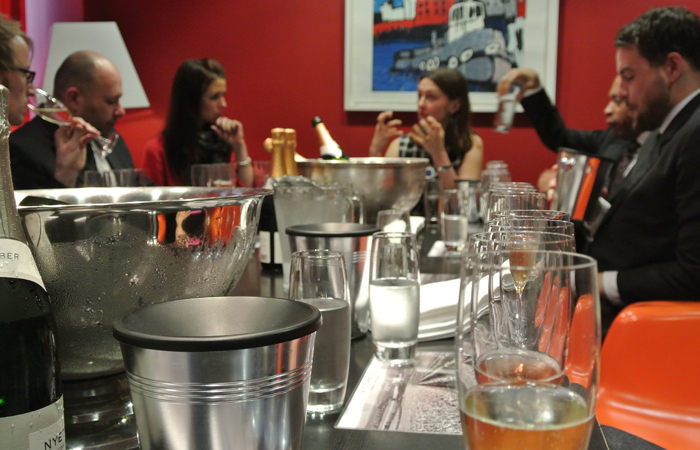 The final treat was a blanc de blancs demi-sec which they initially developed for used on the estate for tatsing dinners but have now commercially released. Despite the 45g/l residual sugar (their bruts are 12g/l) it doesn’t feel at all cloyingly sweet despite hints of caramel on both nose and palate wrapped around the citrus.  A delicately sweet end to a lovely little tasting- oh that all Monday mornings could start like this.

Oh, and for the fashion-minded, wear black, grey or green, and a short length cut to trousers are the order of the day, as seen through the eyes of Lou Dalton whose show we observed. Certainly less extreme than the pink mouse outfit (I think it was supposed to be an anorak of sorts) I espied on a male fashionista in the audience!

One Response to “Nyetimber: The Height of Fashion”