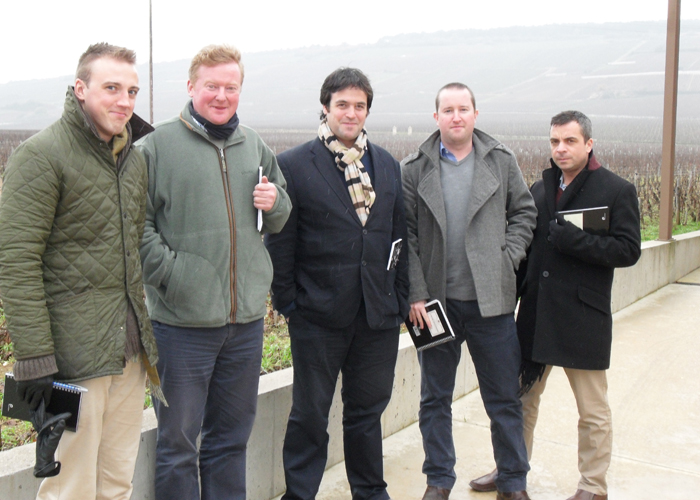 Group one (of two) have just returned from a great few days tasting the wines from the length and breadth of Burgundy. Three and a half days, 25 producers and around 350 wines later and we are much better prepared for the 2011 releases in January.

Burgundy suffered a rather cold spell of weather at the end of November and the start of December. It was chilly in the vineyards and snow fell in a wintery January. It only just began to warm a little in February and March. The real sunshine arrived in April, with impressively high temperatures right into June resulting in early budburst and flowering. Thankfully there was a cooler spell in July allowing the grapes to compose, balance and with it, bringing a welcome freshness to the grapes.

It quickly became clear that 2011 was a vintage for picking as early as August (from around the 24th), as by then, the phenolic ripeness was naturally achieved in the grapes already for many of the producers.

With the pure volume of wines tasted over the course of those 3 and ½ days, it would be difficult to describe each fluctuation and variation for this short blog. Similarly it would be impossible to provide generalisations, particularly on a vintage with wines rated from good to exceptional.

2011 is bright and full, stylish like the 2010’s but lighter, some have grasped a fruit sweetness akin to 2009. Michel Lafarge compared 2011 to 1952 although for most of us (excluding our Burgundy buyer Jasper Morris MW), I appreciate this will not necessarily help to place the vintage in perspective or indeed provide an explanation to the style of 2011 in a simple sentence. I found it is a vintage of charm, balanced acidity, suppleness and rather refreshingly, a vintage with lower alcohol levels; for me what makes the wines special is the real expression of fine terroir the winemakers seem to have captured.

The crop is not large, the alcohol is not heavy, the fruit is just right. The 2011 vintage will be a worthy addition to all cellars. 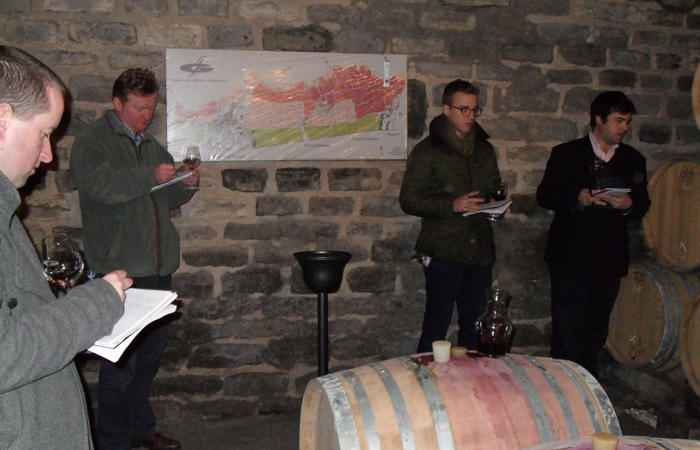 Benjamin Leroux has owned these same vineyards since 2001, tucked into the valley and near to the hills of Meursault. This is an enticing, rich and fruit driven white packed with lemon and tropical fruit charm. This exciting early drinking Burgundy has a delicate structure and refreshing acidity.

Very pretty and precise on the nose and a massive yet weightless density on the palate. This wine is effortless with lots of fresh spice, flowers and poise. A lean and hungry Vosne Romanee.

Ladoix is found clustered around the hill of Corton. Loichet has produced a really complex wine with lots of energetic aromatics, floral characters and a balance of wood spice, lemon zest and minerality. The finish is incredible with a real freshness to the palate.

Near to Clos de la Roche, this has a real intensity of rich fruit sweetness and a huge amount of Grand Cru finesse in each glass. Perfumed and full of promise, the tannin, texture, structure and acidity are perfectly balanced right through the long finish.