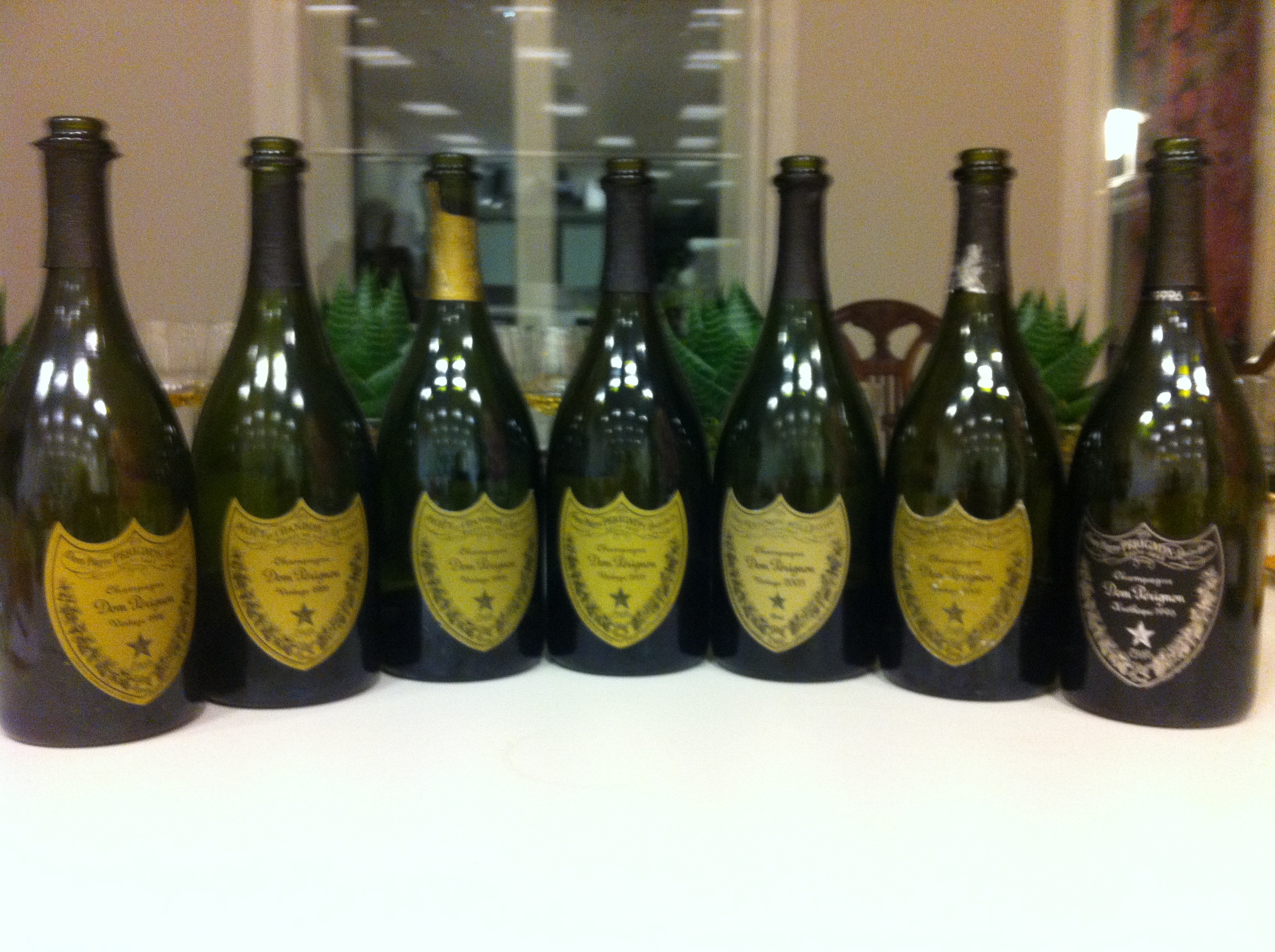 Whilst the streets of London were being battered by gusts and heavy showers almost designed to test the resolve of the doughtiest of Hallowe’en trick-or-treaters (but no sign of an American werewolf), I was privileged to attend a tasting of two illustrious champagne cuvées at the very smart Belgravia headquarters of Moët-Hennessy.  Initial signs were a little underwhelming as we were greeted with water (!!), but this was part of our hosts cunning plan to ease us gently into the challenge that faced us.  Because rather than the usual format of wines simply being presented to us, we were instead going to taste the wines blind, in two flights/rooms, each dedicated to one cuvée- Krug and Dom Pérignon.  Hence the need for clear head and palate, as our task was to identify the cuvée in each room, and see if we could identify the vintages on show. It was all beginning to feel like sweet revenge from those who have attended my Champagne Wine School events at Berrys’ and been subjected to blind tastings by me… 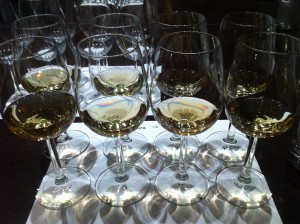 So, duly separated into two groups, we set about the challenge with some seriousness. I think it is fair to say that we managed to distinguish which cuvée we were tasting witohut too much of a problem.   Dom Pérignon had, for me at least, that characteristic freshness derived from the delicate balancing act between the near equal proportions of Chardonnay and Pinot Noir which teases one into thinking at first that you are drinking a blanc de blancs then a blanc de noirs. Krug stood out with its customary opulence. But as with the DP, balance is everything and so although Krug is famously fermented in oak, this never intrudes but rather supports its richness.

When it came to getting the vintages, much discussion and badinage ensued with the Moët moderators in each room, even as they tried not to give us too many clues. For the DP we had 7 consecutive released vintages: 2003, 2002, 2000, 1999, 1998, 1996 and 1996 Oenothèque. Tasting them blind was intriguing and confusing but the 1996 and 2002 vintages did announce themselves fairly easily. Oenothèque 1996 was eloquent testament to this great vintage. The core of acidity that runs through this is counterbalanced by the rich fruit woven around it, which at first seems quite finely wrought but then builds on the palate.  This was my first experience of Oenothèque- what a way to start!  Far too many vintages to describe, but the 2002 showed it’s pedigree as the vintage to perhaps better 1996 with it’s power, the Pinot really coming through here. And the 2003 still intrigues, six months after I first tried it. It has lost some of the agreeable agrumic bitterness which provided a refreshing backdrop to the rich fruit but is still remarkably lithe considering the heat of this year. 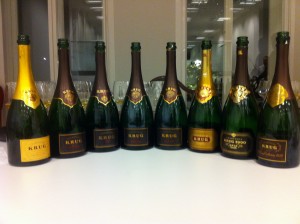 As for the Krug, finding the vintages proved trickier as there were a couple of Grande Cuvées, with different base vintages, thrown in for fun. These were interesting to compare as one had a base vintage of 2002, which I did manage to pick out, but the older one (base thought to be 1995) eluded me. This was still youthful on the palate in contrast to the autolytic, savoury nose, something I normally associate with vintage Krug, but underlined the ability of their “non-vintage” to mature. The line-up also included 2000, 1998, 1996, 1995, 1990 and 1989 Collection. Highlights included the 1998, more open than on its initial release when it was really quite inscrutable, and now displaying the full class of this originally underrated vintage; Collection, Krug’s late-released vintage series, is usually released about 20 years after a vintage was first released, and in this case disgorged later as well. As my desert island champagne (or one of them anyway) is the 1981 version, I was drawn to the almost meaty textures of this wine from the off. But alongside this, I found it had a clearer definition than the younger, broader 1990.

All in all, a fascinating evening and an impressive line-up of champagnes which most definitely impressed. Impossible to choose “Krug or DP” as I would happily have several of both in my cellar. But, if forced, my ideal day would start with Oenothèque 1996 to alert the senses and end in luxuriant fashion with either mature Krug Grande Cuvée or Collection 1989.