Port: Not Just For Christmas! 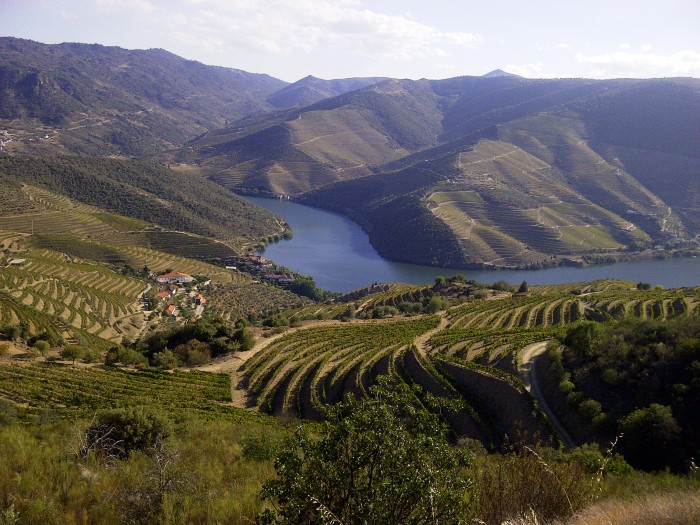 As traditional and British as Berry Bros. & Rudd, Port started life as a full-bodied, dry, red wine, known in 17th century London as ‘blackstrap’. Brandy was often added to the wine by British merchants to ensure it arrived in good condition. In 1678, however, two English wine merchants visiting the Douro region found the ‘sweetish and extremely smooth’ wines of the Abbot of Lamego, with whom they were staying, better than any others they had tasted. The Abbot admitted adding brandy to the wine during rather than after fermentation, and the two Englishmen bought all of his stock and shipped it home. England and Portugal have long since been trading partners.

The Symingtons have been Port producers for five generation but their family’s involvement in Port dates back fourteen generations through a great-grandmother Beatrice Atkinson. As an Atkinson myself, I must admit to remaining ever hopeful that I find a genealogical connection through our individual family trees to link me to this spectacular Port institution. Aside from this frankly unlikely connection, my total devotion to this fortified wonder is certainly signed and sealed, especially after an invite to visit their vineyards and Port Houses over 3 days during harvest in early October.

Family values do remain a priority for the Symingtons, in fact this impressive company are the leading owner of vineyards in the Douro, which are owned and managed wholly by five members of the Symington family, all five of which I was lucky to meet on this trip. 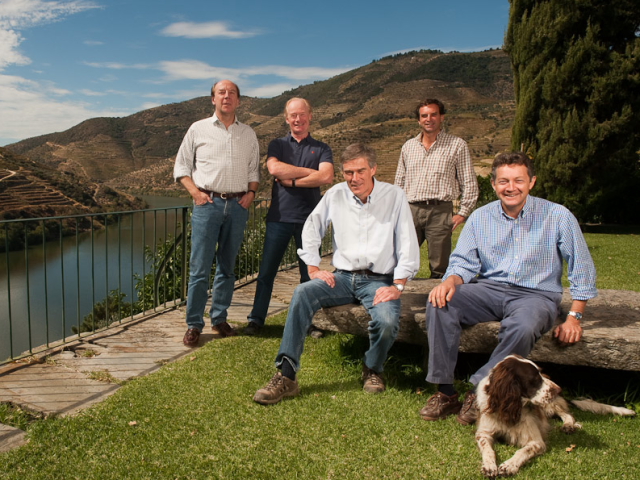 First stop the Port of Oporto, the second largest city in Portugal and the home of the famous Port Houses which lie on the far side of the river, across the Ponte de Dom Luis I bridge, in the adjoining but separate beautiful city of Vila Nova de Gaia. We arrived on one of those serene Portuguese evenings; a light breeze, the last sun rays of the day gleaming on the river Douro and the spectacular Port House views casting regal shadows against the water.

Our evening began with a quick change before dinner at the 18th century Palladian Factory House; home of the Port trade (also known as the British Association House) which is the meeting home for British Port shippers. After a Champagne reception and a photo in the Wedgewood-esque ballroom, dinner was served in not one but two dining rooms with an impressive collection of still and fortified examples. Our host for this celebration dinner was Johnny Symington, alongside Richard Girling from John E Fells & Sons and a group of Symington directors and employees that had been involved in the 1952 Graham’s Colheita project. 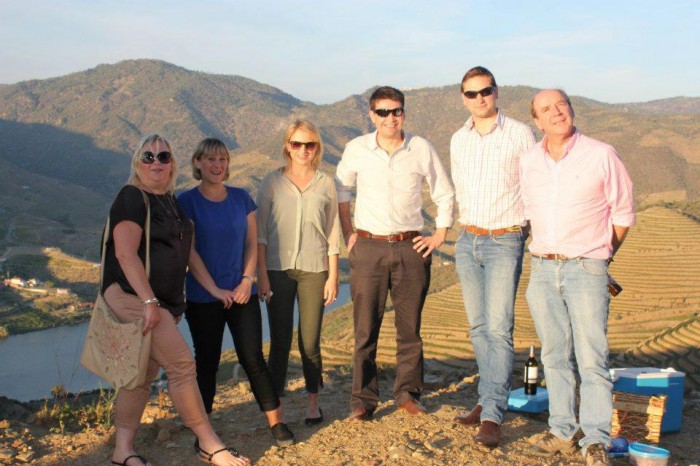 As a merchant, Berry Bros. & Rudd have enjoyed a long relationship with Graham’s, our most recent culmination was to commemorate the Diamond Jubilee of Her Majesty Queen Elizabeth II.  Berry Bros. & Rudd offered an exceptional and very fine Old Tawny Port that was produced in 1952, the year The Queen ascended to the throne.  We were lucky to taste this on numerous occasions during our trip.

Our first full day in Portugal began with a visit to Graham’s impressive Port Lodge. Nestled in the Vila Nova de Gaia bankside, overlooking Oporto and the Douro River, the Graham’s Port Lodge really is a legacy of excellence and the home for six decades to that timeless 1952 Colheita elixir, alongside over 3500 casks of exquisite Port spanning three centuries of Graham’s history.  Today Graham’s produces a wide range of aged Tawny Ports alongside their consistently stylish vintage Ports in declared years. 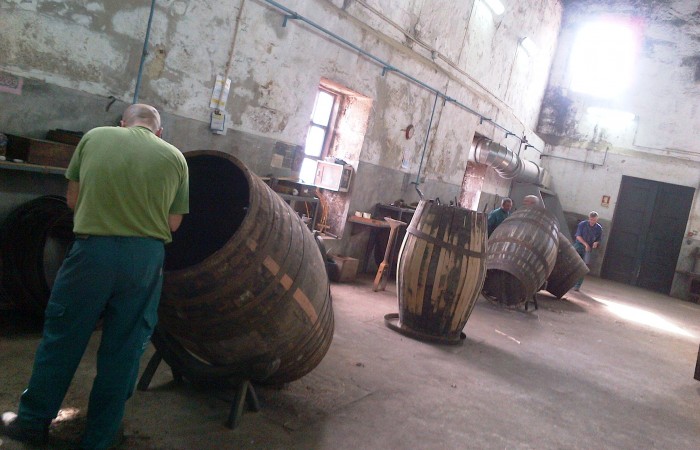 Onwards to Cockburn. Cockburn was founded nearly 200 years ago by Scottish soldier, Robert Cockburn and houses thousands of ‘pipes’ of Port in their vast cellars. Unusually, the Symington’s are one of the few remaining Port companies with their own team of coopers (7 in total), led by Master Cooper Senhor Emilio Oliveira who has worked in this cooperage for over 50 years based at the Cockburn Port Lodge! Each cask is individually made, inspected and maintained, some are as old as 100 years old. It was such an honour to have an opportunity to see such experts in action, hear the noises, watch the casks develop before our eyes and see the very different traditional skills involved in this master craft.

After a wonderful start, our home for the next few days was to be Graham’s famous waterside property Quinta dos Malvedos ‘up river’ whose wines form the backbone of Graham’s renowned Vintage Port in declared years. Aside from being wonderfully situated and outstandingly beautiful, the Malvedos vineyards produce Ports with floral characteristics, opulent blackberry aromas and balanced, supple tannins.

The winemaker is the knowledgeable Henry Shotton who aside from managing all aspects of the Quinta, has recently began his studies for the notorious Master of Wine qualification. Needless to say, the vines and grapes are in more than capable hands.

Quinta dos Malvedos exemplifies all that is excellent about Port and equally about the Symington family; that balance of tradition and flair, consistent results and style by embracing first-class quality and an ability to proudly communicate their incredible history. This is a property whose name you should remember and a Port you simply must try. 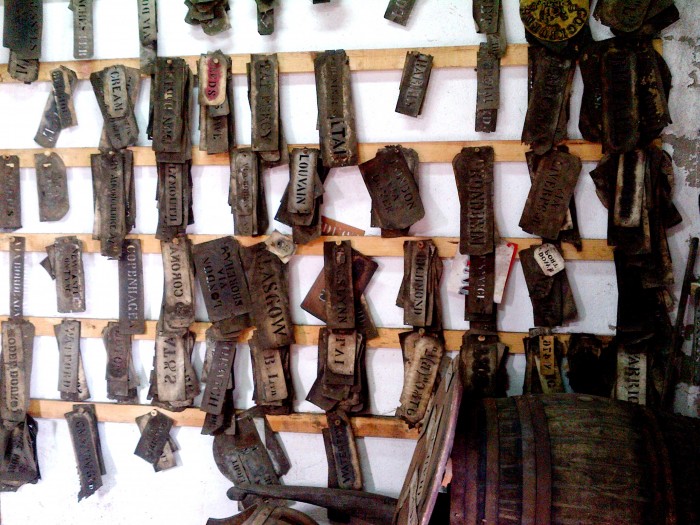 Quinta da Senhora da Ribeira is located in the extremely remote Upper Douro directly opposite another Symington property, the historic Quinta do Vesuvio (dedicated blog to follow shortly). Wine has been made here since pre-Roman times and this Quinta produces the grapes used to make Dow Ports. The vineyards are located half-way between two 12th century hilltop castles of Numao and Lavandeira close to a small chapel where travellers would stop to pray to the ‘Lady of the River’ for a safe passage before attempting to cross the Douro River.

The current generation have made substantial investments in the vineyards and winery to further revitalise this outstanding vineyard. We have the 2008 and 2009 in stock and available at the moment.

The Symington family’s commitment to the Douro is incredible, unparalleled and inspirational and I urge Port and non-Port lovers alike to investigate the Symington range. For a little assistance, hopefully this brief guide will help you.

Vintage – Single vintage Port of the finest quality and released 3 or 4 times a decade.
Single Quinta – Single estate vintage Port.
Tawny – Wood aged between 5 – 40+ years that develop a tawny colour.
Ruby – Young blended Port.
Crusted – A blend of vintage Ports aged for 4 years in cask and 3 years in bottle. Throws a sediment.
Late Bottled Vintage – Aged 2-6 years in cask/tank and are ready to be drunk straight after bottling.
Colheita – Meaning harvest or crop, Colheita is an aged Tawny Port from a single vintage.
White Port – Made from white grapes and can be either dry or sweet.