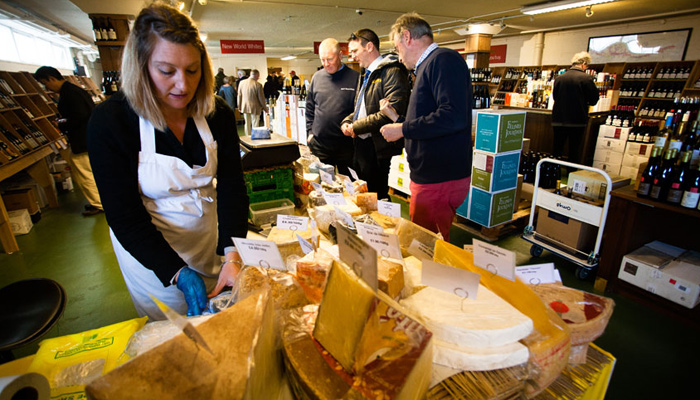 With the festive period almost upon us, November was the perfect time for our Bin End Shop to host their second Fine Wine and Beef Saturday of 2012; but this time we added something a little different to the day’s usual events by inviting back Graham Goodman of The Cheese Stall, who is a regular presence at the Winchester, Romsey and Alton markets selling, talking and advising on his fine imported European cheeses. What more could you want to get you into the festive cheer than fine wines, beef and fine cheeses? I know it certainly provides me a with a certain buzz, that’s for sure!

Sarah Purdon was once again on hand with her fabulous Belted Galloway beef . Nick Page, with his usual flair, gave impromptu beef and wine matching lessons and demonstrated some winter wines that matched Sarah’s sumptuous samples. She’d cooked up a storm with her Cowboy Chilli, which was paired with 2011 Boekenhoutskloof The Chocolate Block from South Africa and Penfold’s 2009 Bin 28 Kalimna Shiraz. Both worked equally well with the beef – Penfolds complementing the chilli heat with its abundant fruitiness and adding complexity to the pairing with its. The Chocolate Block brought intense, powerful dark fruit, perfect for these cold winter months, which married well with the full flavours of the dish. On top of that, Nick also paired Sarah’s scrumptious Beef, Ginger and Leek Sausages with a Southern Rhône classic, in the form of a 2008 Gigondas, La Bastide St Vincent.

As well as Nick’s beef and wine demonstrations, customers were also able to try some wonderful wine matches with some of Graham’s cheeses. All worked tremendously well, with the the 2009 Dog Point Section 94 Sauvignon Blanc working so well with its goat’s cheese partner that we sold out of both the wine and the cheese! 2010 Meursault from Sylvain Loichet worked brilliantly with a Brie de Meaux and we’ve found the perfect cheese for Claret lovers in the form of mimolette, which provided a drooling-ly terrific match with Grand Cru St Emilion, 2008 Ch. Fonbel. 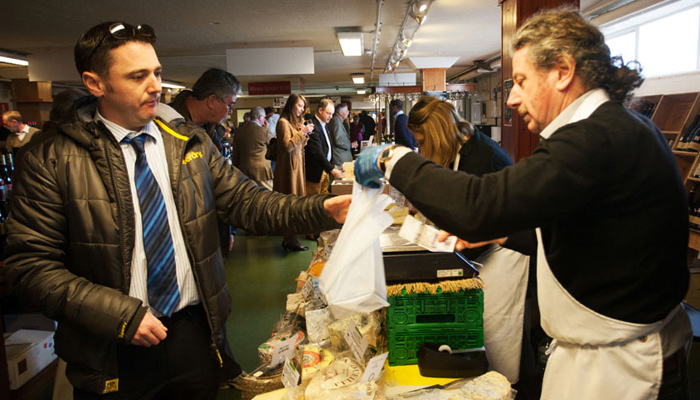 On the tasting table we had a vast array of delightful wines available to taste, as usual. Showing the 2009 Dog Point Section 94 Sauvignon Blanc – again, as it’s one of our customers’ favourites – alongside 2008 Au Bon Climat  Knox Alexander Pinot Noir, which is also a very popular wine here in the shop. We also showed a lot of young 2009 Bordeaux wines, all second wines from this outstanding vintage, including new Bin End Shop exclusive in the form of the 2009 Ch. de Pressac, St Emilion Grand Cru. As customers considered which they might put in there cellars for future drinking, it was 2009 Ch. de Pressac and the delightfully sumptuous La Parde de Haut Bailly which won their hearts. 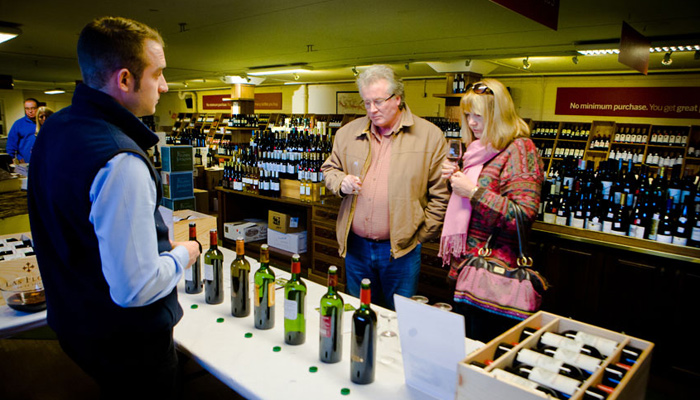 With the day being a rip-roaring success on all fronts, it has certainly got myself and my colleagues into the Spirit Of Christmas – which, if you didn’t already know is our final master class of 2012! (Please excuse the far from subtle marketing push for this next event!) On Saturday 1st December, we shall be highlighting some fantastic deals on spirits, fortified wines and dessert wines to tantalise and tease, and as well as these there will be three master classes running at intervals throughout the day. Find out more on our web pages.