Sancerre and Pouilly-Fumé – the news from Le Berry 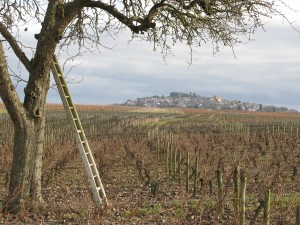 You’ve got to laugh at my lamentable linguistic skills as I struggle to piece together a sentence in French; each one originally decorated with Italian! I thank my friends in the region of Berry (no relations sadly) for being so patient! Sit back and squirm as I interview Messrs. Sautereau, Cailbourdin and Dezat…

Despite the tongue-twisting challenges, it was great to be back on the Kimmeridgean soils of Sancerre and Pouilly-Fumé, catching up with Berrys’ suppliers Sautereau, Riffault (in Japan), Cailbourdin, Dezat and François Cotat. But why January, you ask, when this region is at its bleakest and coldest? Masochistic maybe but I relish putting my teeth on edge as I taste the latest vintage’s individual component parts lying in tank pre-bottling in the spring. It’s then that you get the clearest picture of the vintage, of which soils (silex, terres blanches, caillottes, marne), which lieux-dits (vineyards), villages and, yes, which producers have performed best. Capturing these details before they are blended away and the trace lost. 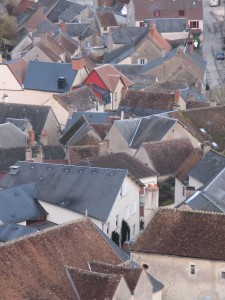 It also tends to be a window of relative calm in the vigneron’s calendar, on the eve of the St.Vincent festival…And for the observant to gauge last year’s yield; you only have to count the stalks left dangling by the machine harvester…was that really fifteen on one plant; that must be close to 100 hl/ha?! And so what of last year’s 2010 crop? More abundant than the hail, mildew, drought hit 2009s which show more sun than vineyard character. 2010 fleurasion was late and disrupted causing millerandage (natural thinning), followed by a mild but dry summer, and sealed by a fine arrière saison and late harvest, giving good wines with crystalline crunch and fine balance.

This time round I particularly appreciated meeting some of the new generation coming through: Loïc Cailbourdin, has recently joined his father, aunt and mother at the 18ha Pouilly-Fumé domaine. Perhaps in celebration they’ve just bought a 2ha piece of pure silex soil in the village of La Roche on the banks of the Loire; the silex giving a bristling nettle expression to the Sauvignon Blanc, adding future complexity perhaps to their flagship ‘Tryptique’. Alain Cailbourdin reminded us, as we stood in the fine Cornets vineyard overlooking the Loire (and Sancerre), as to the importance of the river’s mist in tempering the ripening cycle and so extending the hang-time. That said, there’s a flip-side in that the mist brings mildew; something he has to treat chemically if severe…better than tons of copper residing in the soil in his view. Alain stooped spraying herbicides in 2005 and otherwise follows an organic approach.

Firmin has now joined his cousin Arnaud Dezat at the revered Sancerre domaine based in Verdigny. Berrys has been buying the Dezat wines since time began, if not five centuries ago when the Dezats first took to the plough. Simon Dezat was explaining how his grandfather’s generation farmed polyculturally (beet, vine, livestock, grain) amid a largely ‘metayage’ farming system (or mezzadria for the Italian speakers out there!) when the revenues from the produce were split between land-owner and tenant; that was pre-phylloxera when Gamay was planted before yielding to Chasselas and then finally to Sauvignon Blanc. Growing inch by inch, the Dezats are a model of professionalism – the same old label showing that their time and energy has clearly been spent on keeping the vineyards and wines at their best year in year out; impressive indeed given their 38ha size. Grandfather André Dezat joined us after a siesta to complete the harmonious family picture. Then it was off to taste half a dozen Pouilly-Fumé and the same number of Sancerre tanks, plus some red and rosé!

Another dynamo is David Sautereau, the man behind Berrys’ Own Selection Sancerre; we started working with him in 2001/2. Youthful looks belie tenth generation roots; his curiosity still very much alive as his experiments with wild yeast ferments, as well as trialling some wood ferments with the best fruit from his 20ha of vines located in the villages of Crézancy-en-Sancerre, Bué and around Sancerre itself. And of his wines? One could only marvel at the sublime quality and translucence of his family’s 1990 Sancerre he kindly served at lunch…and what a fine label too!

Down the road at Sury-en-Vaux you’ll find Stephane Riffault who’s been giving the family domaine a makeover since 2005: grassing over, harvesting manually, vinifying separately using a percentage of barrique while still using selected yeast so as to retain control. Sophisticated, startling wines, they seduce with their viscosity. One to watch.

And finally…François Cotat’s domaine in the heart of Chavignol has been closed to visitors for fifteen years! There’s simply no more wine to be had from this 4ha pearl of a property, whose stocks are now further stretched by the need to grub up some of La Grande Côte (Amigny), along with a parcel in Les Monts Damnées. What wine there is remains a glistening example of what can be done when you’ve prime vineyards and years of experience; François joined his father in 1999. He harvests late (4 Oct in 2010), with the moon, balancing the high sugars (often up to 5 grams of 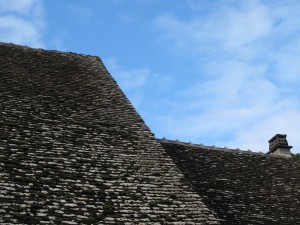 residual sugar) and alcohols with sensational acidity and zip as he vinifies 80-year-old oak fuders; the use of wild yeast making the wines more digestible and racier; the wines effectively making themselves. Nothing added, nor taken away. We even tasted his rarer still Pinot Noir, which showed the same effortless harmony as the whites – beautifully poised, thanks to the lack of any malo ever having taken place perhaps! And no, there’s none available; family only! [Pouilly-Fumé is 1200 ha small, largely south-west facing on kimmeridgean soils; the hill of St.Andelain having the largest concentration of red, neutral silex giving richer wines. Sancerre differs in being larger at 2800 ha, at capacity, largely south-east facing, also on fossil-rich, alkaline kimmeridgean soils but with a greater presence of silex. Both are mostly machine-harvested, with selected yeast the norm, malolactic conversion avoided, and fermentation in French oak still relatively rare.]