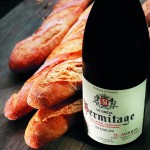 Well, Bordeaux and Burgundy 2009 have both come and gone with appropriate fanfare, a flurry of superlatives and salesmen clamouring for more and more allocations, often unsuccessfully. And now, the third and final Primeur Offer, an increasingly significant part of the BBR calendar…… Rhône 2009. And the news on the vintage is every bit as good as that for these famous neighbours……..we do not engage in hyperbolic excess here, as you know, but we are very happy to pronounce that the wines of the North are the best since 1990 and those from the South in pretty much the same class as the much-lauded 2007. 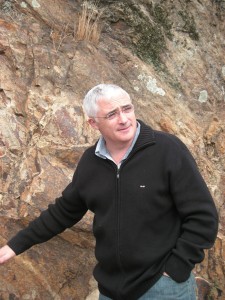 The warm conditions in August were tempered, in a positive fashion, by cooler weather in spring and early autumn, and the wines have returned the meteorological compliment, stylistically, with great depth of flavour and real finesse. Power and elegance are seldom the most typical of bed-fellows but in 2009, with Syrah in the North and Grenache in the South, they are getting on just fine and will slumber, now in barrel, later in your cellars, safe in the knowledge of their greatness and capacity to please. And the whites are terrific too!

To launch our En Primeur Offer, next month we shall be hosting a tasting of the 2009s, many of them barrel samples, to be held in Central London ( ask for further details) and we are delighted that 25 or so of our growers will be attending, including, for the first time, legendary producers such as Laurence Feraud from Domaine Pegau and Christine Vernay from Domaine Georges Vernay, not to mention perennial favourites such as Jean Michel Gerin (above), Réné Rostaing, Château de Beaucastel and Domaine du Vieux Télégraphe……in short rather a special event, not to be missed.

A great vintage then, which we have been delighted to taste from the out-set. The 2008s were generally attractive, but lacked a little bite, and the growers, almost from the harvest-time, were singing the praises of the 2009, confident in the knowledge of their nascent quality. The wines are less tannic than 2005, more concentrated than 2006 and 2008 and, in the

North especially, more elegant and refined than 2007. This is a vintage which has clearly excited cerebral growers such as Jean Louis Chave and Thierry Allemand; it has excited the BBR teams who have been out to taste and it will no doubt excite you…….you have my word!

One Response to “Rhône 2009; Taste the Difference”