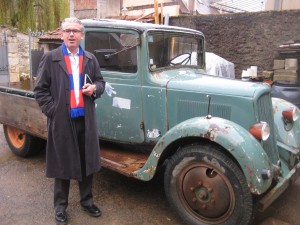 In preparation for our offer of 2009 Burgundy in January a small yet perfectly-formed squad from our Fine Wine team visited the region last week, headed by one of our greatest assets: Jasper Morris MW.  The week proved to be a very busy and rewarding one.  These trips are a treat, and a treat that I love each year, though 450 wines in four and a half days is rather taxing.  Thankfully the nature of the vintage is such that (a) the wines were rather easy to taste and (b) the quality of the vintage is so high that we tasted next to no duds.

After the bunfight that was the 2009 Bordeaux campaign there has been much speculation on the quality of 2009 in Burgundy, with a few suggestions that it might equal 2005 as some say it has in Bordeaux (but count me out of that consensus).  This isn’t the case: the reds in 2009 are clearly the best wines made since 2005, though they’re just a little bit behind the magnificent 2005s (a vintage apart, as Sylvie Esmonin put it).

As with 2009 in Bordeaux, it’s all about ripeness, and over-ripe Pinot just doesn’t have the attraction of over-ripe Cabernet or Merlot.  As such, the timing of picking was key, with most of “our” growers picking on the early side to preserve freshness. 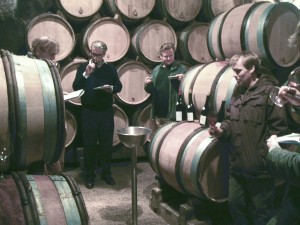 We tasted, as always, some extraordinary premiers and grands crus, though this is almost invariably the case year on year.  What most impressed me in the 2009s reds, though, was the quality of the village wines and even the generic Bourgogne Rouges – this is the level that I will be buying at this year (if there is enough stock…).  Nicolas Potel‘s Volnay Vielles Vignes is already earmarked, as is some Vosne from both Etienne Grivot and Domaine Lamarche.  Also very much worthy of note is the brilliant trio from Dujac Fils & Pere: Morey, Chambolle & Gevrey, all plump, fresh and silky, and all brilliant representations of their respective appellations.

And the whites: much of the talk on 2009 has been on the reds.  The near perfect weather in 2009 gave many growers the opportunity to make some truly outstanding whites.  The wines are rich, full, though with an underpinning of acidity to complete the package.  The very best (which to me seemed to be concentrated in Meursault) are quite, quite excellent: these wines are full of muscle rather than fat.  Patrick Javillier‘s wines are even better than his excellent 2007s, and the young Antoine Jobard has made Meursaults with an intensity and power that is simply overwhelming. 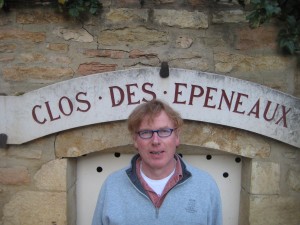 Finally, a quick note on Jasper.  The first time I tasted with Jasper what immediately impressed me was the respect that he commands from the growers, all of whom recognise his talent, ability and experience.  On this trip, at almost every domain, growers had one of two questions: when can I buy your book?  And when is it going to be available in French.  Impressive, to say the least.
Buy Jasper’s Book, ‘Inside Burgundy’.