Congratulations to our colleague Anne McHale, from Berrys’ Wine School, for being crowned Young Wine Writer of the Year 2010 by the Circle of Wine Writers.

This award is by no means the first during Anne’s career at Berrys and probably not the last. Asked to write an opening chapter to an imaginary book Anne penned the piece below and we wanted to share it as we think it’s great… 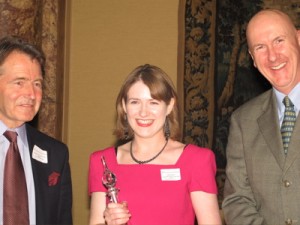 I live and breathe the world of wine.  I am surrounded by it at work, in my study time and in my free time.  Along with my wine-loving friends and colleagues, I drink it, talk about it and think about it endlessly in all its guises – how much it costs, what it tastes like, who made it and how.  My non wine-loving friends have no idea of the true extent to which this mere ‘beverage’ has become an intrinsic part of my daily existence.  Yet I am desperate to show them, to help them to see the light and to incorporate this marvellous drink into their own daily lives.  I think to myself: how can they not see how relevant wine is to nearly every passionate pursuit in which humans have engaged over the course of history?  Wine is so much more than just a beverage – it is fascinatingly complex, bewilderingly diverse and marvellously paradoxical. So with this in mind I have a mission: to demonstrate in this book the conflicts and the harmonies embodied by wine, to explore its relationship with some of the deepest-rooted elements of human pleasure and culture, and essentially to indulge my own passion for the subject through the beauty of language!

The most straightforward definition of wine is, very simply, ‘fermented grape juice’.  Yet within this plain definition lies a breathtaking diversity.  From the lightest, frothiest Moscato d’Asti and the most delicately floral Mosel Riesling, via the steely elegance and concentration of a Puligny-Montrachet and the majestic restraint of a top Pauillac, right through to the fiery yet mellow complexity of an old Port or Madeira, how could one fail to be excited?  Geographical diversity plays a part here too, since as a wine lover it is impossible to separate a wine from its origins. Think about how a wine, once it has been experienced as part of an unforgettable trip to the region, takes on a new meaning and becomes forever associated in the mind with those memories and places.  Whether it be the noble Châteaux of Bordeaux with their meticulously trimmed topiary, the medieval picture-perfect wine villages of Alsace, the stunning scenery of the Douro’s vertiginous slopes, the crisply sun-baked albariza soils of the Jerez region or the wild, bare beauty of Central Otago (the list could go on forever), the place springs to life as soon as the glass is poured. The people come to life too: the contrast between the (often somewhat jaded) French grower who makes wine because that is what his family has been doing for hundreds of years, and who shrugs his shoulders with a Gallic ‘ppphhhhh’ when asked why he chooses to do it a certain way, but yet produces exquisite wines of subtlety and class, and the more demonstratively energetic passion of winemakers in countries like Australia, with their intense reverence for and desire to emulate the great wines of Europe but also their ambitions to push the boundaries, exploring new ways of doing things and always asking ‘why’? 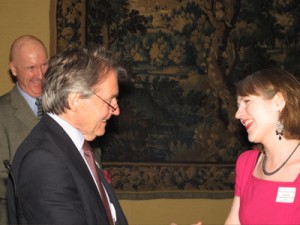 This diversity of philosophies and views on wine adds further to its interest and complexity.  On the one hand the traditional views of terroir and its necessity for greatness and uniqueness in a wine (such as in the most celebrated wines of Burgundy); on the other the idea that a great wine does not need the imprint of a specific site to make it great, Penfolds Grange being perhaps the most frequently cited example of the latter.  This is a fascinating debate which can hold the attention of wine-lovers for many a post-prandial vin de méditation moment.  Likewise the debate on whether winemaking is an art or a science, and the extent to which wine should be ‘manipulated’.  Many hold that the idea of the non-interventionist winemaker, who trusts in terroir and lets the natural yeasts do their work in whatever ambient conditions the cellar happens to provide, is a nonsensical oxymoron and the only reason we have such high quality wines today is that we now exercise a certain level of scientific control.  Yet on the other hand, as Dr Steve Charters MW points out in his book Wine and Society, this has led to a schism in the world of wine, with some wines viewed still as agricultural ‘produce’, but others viewed more as ‘product’, i.e. made to a formula to suit a certain market, with added tannins and acidity, adjusted alcohol levels, squeaky-clean filtration and identikit packaging.  There is no answer which is ‘right’ or ‘wrong’ in the opinion of this particular wine lover: as already mentioned, wine in its simplest guise is fermented grape juice, so who is to say that one type of wine is superior to another? It is precisely this diversity which makes the whole thing so fascinating.

Closely related to this diversity of philosophical views on wine is the way in which it covers the entire spectrum from the back-breakingly mundane right through to the sublime.  Ask any cellar rat during vintage time to comment on the spirituality and divine qualities of wine, and you will probably get back a tired-sounding retort complaining about the long hours and mind-numbing tedium of scraping lees out of large stainless steel tanks.  Likewise go into your average supermarket on a Saturday morning and try to feel moved by the stacks of large-volume commodity wine on special offer which are being flung into shoppers’ trolleys with no more ceremony than that granted to toilet roll and baked beans.  Yet every wine lover will have had at least one ‘moment’ (possibly inspired by the beautiful surroundings of a wine region, as above, or possibly simply by the mind-altering properties of the alcohol in wine combined with its great taste and the company of a special loved one) when they have felt that wine has the ability to transcend its mere physical components and bestow upon the drinker an almost spiritual pleasure, in a similar way to the shivers down the spine triggered by a beautiful piece of music. Wine somehow has the power to transform a mundane occasion into a euphoric one; a bottle of 1961 Château Cheval Blanc in a fast food joint perhaps? 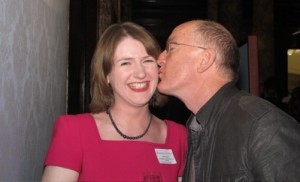 So, as I have illustrated, wine encapsulates a wide range of conflicts and paradoxes.  It also has great relevance to many of our drives and pursuits as human beings.  Part of the nature of humanity, and part of what many would say sets us apart from animals, is our continual drive to explore and discover, to be creative and to seek pleasure. Wine fits at every point.  It has been depicted throughout history in fine art, and continues to be depicted in art and photography today.  It can move us in a similar way to a wonderful musical experience.  It is deeply entwined with language, most notably in our continual struggle to convert our sensory impressions of wines into words so that we can describe our experiences to others, whether that be for commercial purposes or simply for enjoyment.  There is also a wealth of references to wine throughout the great body of Western literature, its pleasurable effects granting it a delightful synergy with the stirring effects of poetry in particular.  Wine has played a part in social and religious rituals in many cultures over thousands of years, and its perceived role in our health has also fluctuated from one extreme to the other over time, from being the oldest documented man-made medicine to being frowned upon as a social evil leading to long-term health problems and crime.  Wine and love also enjoy many common threads: whilst both have the potential to lead to the deepest despair, both can also excite that glorious feeling of hedonistic elation, the sense that anything is possible.  In short, this simple beverage of mere fermented grape juice is in reality part of a richly textured tapestry of human experience and endeavour, and it deserves to be contemplated in much more detail.  The subsequent chapters of this book aim to do just that.

4 Responses to “Wine’s Great Diversity: Musings of a Wine Lover”