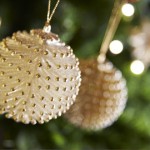 As I have been based in Italy for the past few months I could well be initiating a new tradition of having Christmas, ‘Natale’, here in Serralunga d’Alba, Piedmont, and I’m banking on the following being served for lunch:

Lentils with cotechino (a pork salami) as an antipasti/starter; the dish is thought to bring good luck and it will probably be accompanied by a fresh smooth Verduno Pelaverga from Fratelli Alessandria.

For the main/secondo I trust it’ll be roast conoglio (rabbit), more common round these parts than chicken, and tastier too, especially alongside Nebbiolo. Being Natale it’ll have to be a Barbaresco or Barolo – rabbit’s got a subtle gamey flavour so I hope it’s refined, traditional Barbaresco from Rivella Serafino; a 1999 if I play my cards right.

As for the finale it can only be panettone, the peerless sultana cake-like bread whose candied fruits go oh so well with Moscato d’Asti, ideally the 2008 Vigna Senza Nome (translated Vineyard without a Name) from Braida and which will last for days (providing you’ve invested in a turkey-sized panettone!)

And finally perhaps a drop or two of Tocasana Nero, a 20% herbal, liquorice liqueur, or Barolo Chinato from Capellanno failing that…