Champagne on the Rocks? 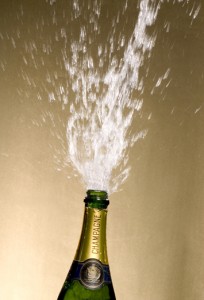 Champagne is a delightful enigma; seen by some as a stand-alone category which bears scant resemblance to the rest of the wine trade, and by others as a bell-weather, providing early warning when choppy seas lie ahead but when the waters are calm, luxuriating in the hazy trappings of  indulgence and success. Whichever interpretation is more plausible, any article on Champagne today, economically speaking, will differ greatly from one written eighteen months ago. There was a newspaper photograph recently of Conservative party leader, David Cameron, glass of  Champers in hand, with the caption ‘Fizzy Rascal’ cheekily appended ; the implication clearly being that such manifestations of success, are hard to swallow by an electorate that is stuck in the middle of a deep and rather brutal recession. So, how is Champagne perceived today? Is this perception justified and how is it actually faring in terms of production and sales?

Until relatively recently Champagne was seen almost as a victim of its own success. The success was constructed upon three qualitative initiatives.  The first is the careful management of the land, specifically the vineyards that qualify as AOC Champagne, with approximalty 34,000 hectares allowed to be planted and pretty much all of them now farmed. The much vaunted expansion of this area by the promotion of 40 villages came as a result of a lengthy and rigorous process and will only actually come into effect, once final approval has been achieved, in 2016 or so. Therefore the estimated extra 50 million bottles (less than 15% of current production) will not actually come on stream much before 2021. 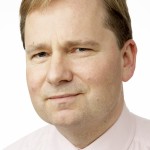 The second factor has of course been the careful control of yields, nominally manipulated to reflect the quality of the harvest, but more realistically set for more pragmatic and commercial reasons. The yields in the boom times were set (including a ‘qualitative reserve’) at 15,500 kg/hr, corresponding to a crop that would make an avaricious Bordelais whoop with joy, but his quality-conscious neighbour shake with rage. And this was only a couple of years ago. Now, in 2009, seen ironically as one of the potentially great vintages and certainly the best since 2002, the standard yield has been reduced to 9,700 kg/hr, with any ‘qualitative reserve’ having to be justified and held in tank until permission is granted to bottle it. That’s quite a fall in permitted yield and clearly one which bears no resemblance whatsoever to the quality or otherwise of the fruit on the vine.

The third factor in the success story has of course been the management, at all stages in the process, of prices. At the time of the recession in the early 1990s the relationship between the growers and the powerful Négociants collapsed; the prices paid to the growers (who own 80% of the vines) kept rising and therefore the prices requested by the producers (the ‘Grandes Marques’ and the like are responsible for 65-70% of actual sales) as did, inevitably, the final retail prices on the shelves. The reaction to this hubris was an unprecedented fall in demand and a momentary crisis on Champagne. Schadenfreude was in the air; other producers of sparkling wine pricked up their ears. Never again! Since then, there has been a rigid management of the prices. It will come as only a minor surprise, therefore, that in 2009 the prices paid for the fruit will drop by 5%. A kilo of Grand Cru grapes still costs about €6, however. Not bad, when you consider that many growers in the Languedoc, even those with AOC vines, will be very pleased with a tenth of that.
And herein lies the crux of the debate. Is it worth it? Is Champagne worth it? The hegemony that has bolstered and protected this ‘value’ must at least be under threat when fantastic sparkling wines can be bought for far, far less; top quality Crémant de Limoux, for example, can be purchased at € 1.5 for a kilo or less. And this is where the Champenois wheel out the armoury of arguments which essentially focus on ‘added value’, in other words a beguiling compote of creativity, truths and half-truths. La Méthode Champenois is in itself fiercely expensive, they maintain; capital is tied up for a minimum of 15 months after the triage (which in itself will take place the Spring following the harvest) then one must consider the heavy bottle, the expensive packaging and all the rest of it. What they do not add  is that one must also consider the vast amounts that go into the marketing of the product, into the nurturing and development of the aura that surrounds Champagne, the name alone surely the most evocative of all the wine regions.  All that sponsorship, all those glossy adverts, all that clever product placement……….all in all it doesn’t come cheap, enfin. And yet it is this above all which has helped to preserve the supremacy of Champagne, and, significantly to preserve the dominance of the major houses, which we were once allowed to describe as Grandes Marques. All well and good, but if one considers that Louis Vuitton Moet Hennesy (LVMH), who own Moet, Veuve Clicquot, Krug, Dom Pérignon, Ruinart and many others, and who are responsible for the production of a massive 20%+ of all Champagne, is allegedly trying to off-load (i.e. sell) some or all of its drinks portfolio, then one should indeed be aware that times are hard. The fizz is a little less ebullient. Things may start to go flat.

How is all of this translated into facts and figures? Well, stats and volumes seem to differ according to source, but the overall trend certainly seems to be in a downward direction. The latest evidence for sales statistics in 2009 is fairly gloomy, especially in the two top export markets (UK and USA) where volumes, anecdotally, are down by up to 30%. The key victims seem to be the Deluxe brands such as Cristal and Krug. As with David Cameron, our friends in the City of London are less likely to order large format bottles to toast any (probably rare) success. If there has been success it will be celebrated quietly, with decorum and moderation, if such things are possible in the City. If there has not, then Champagne will not seem appropriate. There are rumours that so-called premier prix (i.e. the cheapest!)  Champagne is being sold at less than  € 8 a bottle and that, horror of horrors; Champagne has been spotted on the shelves of French hypermarkets at a price point beneath the psychologically significant €10 a bottle!

And now with Christmas approaching the blood-bath which never really transpired last year is in full swing; Lanson at £15 … well just about understandable, but Taittinger at the same price and even Bollinger, albeit very briefly, at £17.99; all vigorously condemned as loss leaders by their Houses, maybe or maybe not disingenuously….but one thing is for sure….the brands in question have been undermined, and who knows, perhaps fatally…

So, choppy seas ahead, indeed. No doubt in a few months this article will seem as anachronistic as its predecessor; when the recession ends there will be cause to celebrate and if, next May, in accordance with predictions, the Conservatives are returned to power in the UK, I expect that the new Prime Minister will be toasting his success with suitable aplomb, hence with a glass of Champagne. On the rocks? Never…. in any sense! The Champenois are far too clever for that and, lest we forget, their product is far too good….

2 Responses to “Champagne on the Rocks?”