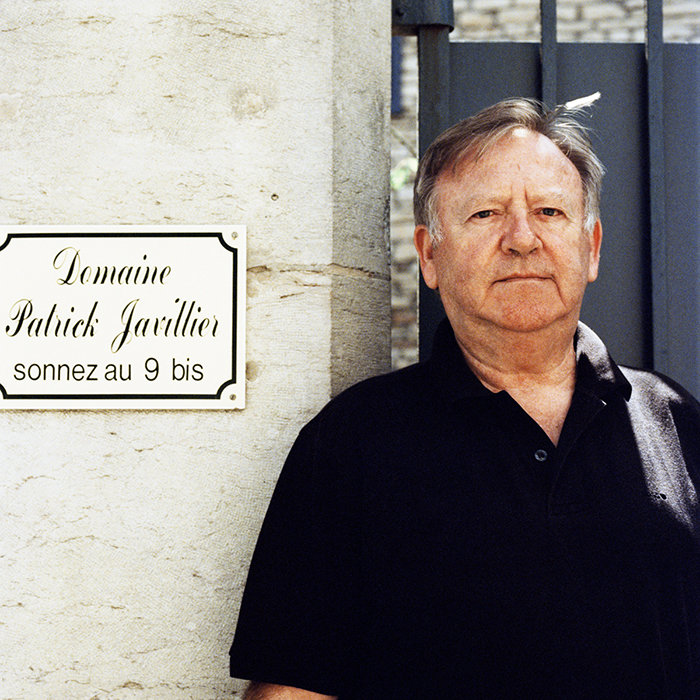 As our Fine Wine team continues their journey around Burgundy to taste the new vintage en primeur, Peter Newton reports on day two – dedicated to the region’s whites, which show particular promise in 2017

Day two and we are up and out of the hotel early to meet with the delightful Marion, daughter of Meursault maestro, Patrick Javillier. This is the first visit of an almost all-white tasting-trail today.

First and foremost, this is proving to be a year for terroir, another “classic” Burgundy vintage where the soils more than the sun shape the profile of the wines. Right from our very first visit of the week at De Montille, one could sense that there were going to be some serious Chardonnays coming our way and day two has confirmed that in spades, with a further 56 white wines now under our belts.

Visiting Burgundy for a week every year is an essential part of the Fine Wine team’s calendar, giving us invaluable insight into Burgundy as a region, the character of each vintage and the performance of each producer and vineyard therein. Before we set foot amongst the vines of the Côte de Beaune this week, however, we had already heard rumours that 2017 was the next 2014 – the greatest vintage this century for whites and possibly the greatest in a generation or more. We will continue to shape our own views on that over the coming days, but our short time here has shown us that nothing is quite that simple, especially in a region as complex and nuanced as Burgundy. 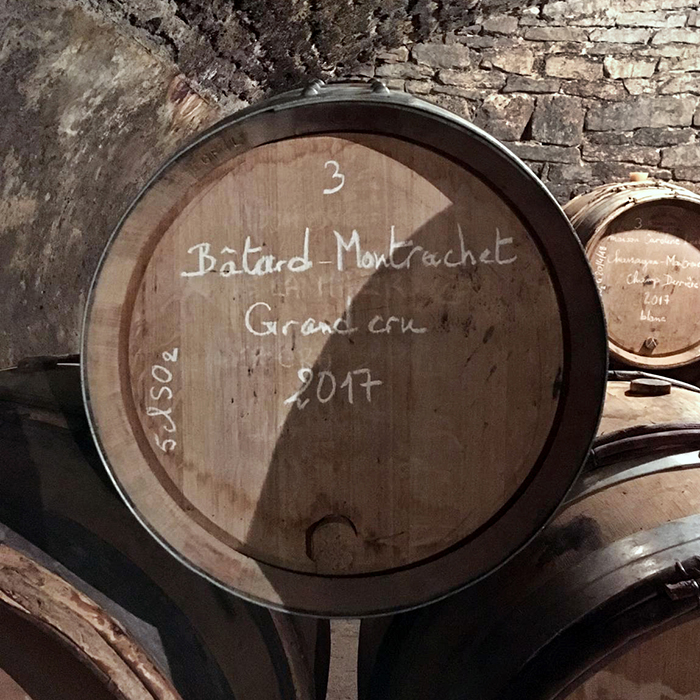 While we consider the finer details of what is unquestionably a fantastic white vintage, there are a raft of producers who it would be remiss of us to ignore. These vignerons have tasted their own 2017s as well as those of their peers many times over the last 12 months; and thus have some excellent insight on the style of the wines.

Olivier Lamy, of Hubert Lamy in St Aubin, pointed out that 2017 is among the warmer vintages of recent years, along with 2011, 2015 and 2018. David Moreau highlighted that picking dates were almost the same in 2017 as they were in 2015 – both vintages ripening similarly early. Antoine Jobard, from the Meursault property of the same name, also compared the vintage to the richer 2015, although feels it also has higher acidity. This was echoed by Caroline Lestimé, proprietor of the great Jean-Noël Gagnard of Chassagne-Montrachet, who talked about 2017 having similar density to the rounder 2015 vintage, but with a sharper edge and more velvety depth.

Jean-Baptiste, meanwhile, theowner of en vogue Meursault producer Domaine Michel Bouzereau, contemplated concentration levels, suggesting that the 2017 may just have a little more than 2014. Both Marion at Javillier and Jean-Philippe of yet another Meursault producer, Fichet, made comparisons with 2012, perhaps the best white vintage of the century before 2014 came along.

Asking for direct vintage comparisons is never an exact science, and of course it will change for each producer and village, but what seems to be apparent from those at the coalface is that 2017 is more in line with warmer vintages like 2015 but with added freshness and terroir finesse, like 2012. There is a consensus that 2014 is perhaps the more complete vintage but that the ’17s are not at all far behind – serious wines with undeniable quality and appeal.

White Burgundy seems to be making a real comeback after several years of uncertainty surrounding their ageing potential and the thorny issue of premature oxidation (premox). A renewed confidence amongst vignerons and consumers alike appears justified, with a raft of new practices being brought in to combat any potential premox problems – new corks and the use of alternative bottle closures, measured use of sulphur prior to fermentation and more carefully considered use of bâtonnage (lees stirring), to name a few. White Burgundy is on the up and this year is proving to be the perfect vintage to ensure that continues, producing wines with broad appeal, with classic, pure styles aligned with real ripeness and finesse.

Read about the team’s first impressions of the vintage here; we’ll post another update from the field tomorrow.