Stepping out of the Swartland: Mullineux 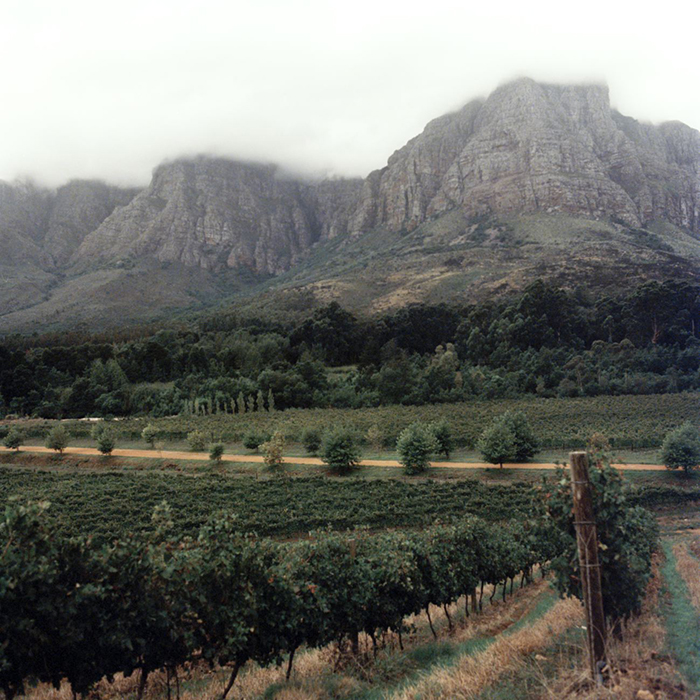 Mullineux & Leeu Family Wines is one of the stars of South Africa’s winemaking scene. As we launch our annual spotlight on the wines of the Cape, Sophie Thorpe catches up with Chris Mullineux about the couple’s decision to look beyond the Swartland’s borders

“We’re busy enough,” Chris Mullineux laughs. He’s on a whirlwind tour – cutting short a family holiday to stop by Paris, London and then fly on to New York before heading back to South Africa. He and his wife, Andrea, form Mullineux & Leeu Family Wines – a producer that made its name as part of the Swartland Revolution, championing this (until recently) unloved region with the likes of Eben Sadie and Adi Badenhorst, and establishing South Africa’s fine wine credentials. But today, the couple’s success has taken them beyond this one corner of the Cape.

Last year saw the launch of Leeu Passant, a new project from the duo that allows them to take advantage of the remarkable vineyards found beyond the Swartland. “There’s all these other really interesting things that are happening in the Cape winelands. Rosa [Kruger, their Viticultural Consultant and the woman behind I Am Old and the Old Vine Project] kept coming to us and saying, ‘Oh, I’ve just found this insane vineyard in Stellenbosch’ or ‘this amazing Chardonnay vineyard in Kaaimansgat’ or whatever. But – because Mullineux was a Swartland brand – we couldn’t make wine from anywhere else.”

They were at a fork in the road for Mullineux; as one of their investors – Keith Protheroe, an Englishman who first backed their solo project – looked to pull out, they needed to find someone to take his place. It was Rosa who put them in touch with Analjit Singh, who owned a property in Franschhoek. “He’s got a very clear focus on quality, which is what we share, but we didn’t want to suddenly make a Mullineux Cabernet, from Franschhoek.”

It was a lightbulb moment for them; in Chris’s words, it was “an opportunity to be involved in both revolutions”. They decided to start another winery in Franschhoek (for Leeu Passant) in addition to Roundstone, their winery on the outskirts of Riebeeck Kasteel, in the Swartland. 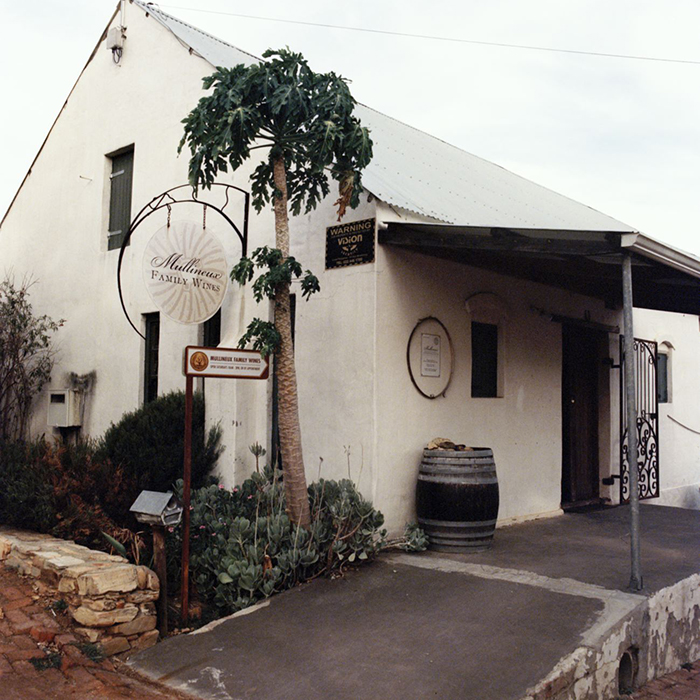 The tasting room at Mullineux’s Roundstone Farm in the Swartland. Photograph: Jason Lowe

While they established the new brand (the first vintage was 2014), they moved all the winemaking to Franschhoek – ensuring that they could ensure everything was being done to their standards. As of the 2018 vintage, the wineries are officially separated – with the Mullineux wines made at Roundstone and the Leeu Passant in Franschhoek. The winemaking for the two brands is, however, almost identical: all natural ferments with minimal additions, the only difference really is the level of new oak – with Leeu Passant seeing around a third (versus 10 to 15 percent for the Mullineux wines).

But the two projects couldn’t be more different. “When we talked about what wine we wanted to make, we didn’t wanna just make another Bordeaux blend.” For Chris, he feels that a trend for imitating the Old World was established in the wake of apartheid: “After 1994, when South Africa kind of opened to the international market, a lot of South Africans were embarrassed by our history, and didn’t wanna be South African, and felt like we had to copy other wine regions. People tried to make Chenin taste like Vouvray. But, more recently, people are realizing if you’re imitating someone, you’re always gonna be second best.”

This is not a risk with Leeu Passant, which they decided would champion old-school South African wines. “Let’s look back to the past, to the 1950s and 1960s: what were the wines that people were making back then? And they were Cab/Cinsault blends. It’s just kind of obvious, let’s go down that avenue.”

For whites, it took a little longer to find what they wanted to do. “We initially wanted to do Semillon, because there’s a long of history of Semillon in South Africa, and we have some really amazing old vineyards. But all of the really exciting old Semillon vineyards are tied up with Boekenhoutskloof, or John Seccombe [Thorne & Daughters], or Chris Alheit.” They tried working with the old vineyards they could find, but found the quality was – in Chris’s words – “just average”; they did however stumble upon some incredible plots of Chardonnay, one of which in particular they fell for. “It’s in Stellenbosch on the Helderberg Mountain, sort of close to Somerset West, right near the ocean,” Chris tells me. The range is deliberately small – just the Dry Red (a blend of Cinsault, Cabernet Sauvignon and Cabernet Franc) alongside the aforementioned Chardonnay, with no plans to make it any bigger. 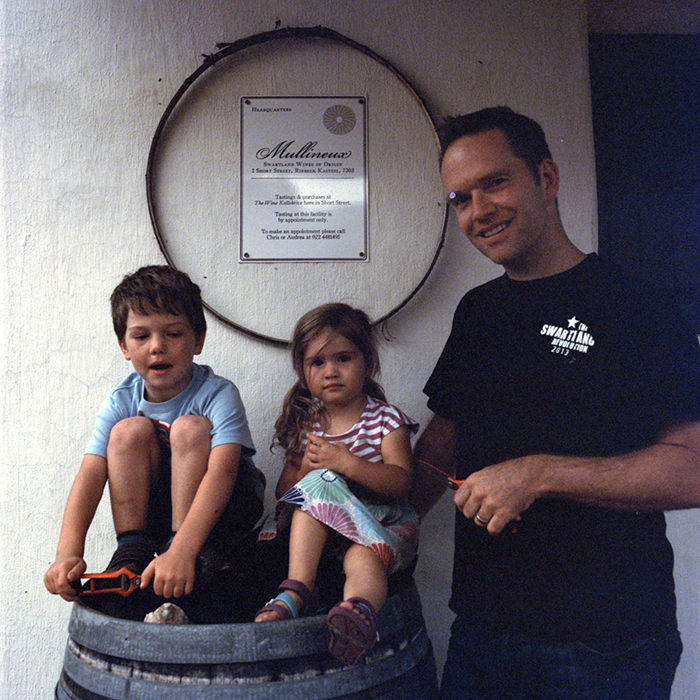 As if two wineries weren’t enough, since 2012 Chris and Andrea (who is Californian born and bred) also have a project in the US: Fog Monster. Regularly flying out to visit Andrea’s family, they would always go and visit some vineyards: “We got to know a few people really well. One day one of the guys said, ‘Listen, you’re from South Africa. There’s this amazing Chenin vineyard, why don’t you just make a couple of barrels?’” They couldn’t say no.

Taking advantage of custom crush facilities, Chris tells me, “We go up for two weeks during harvest and are involved in the production, but they look after it for the rest of it.” The Stateside team tops the barrels and sends monthly analysis to Chris and Andrea, who can keep an eye on progress from the Cape. “It’s a tiny project, we do 2,000 bottles a year,” he explains. It’s expanded beyond the Chenin (which is made with skin contact), with a Zinfandel and a field blend made with fruit from the Bedrock Vineyard (owned by our friends at the Bedrock Wine Co.).

Back in the Swartland, their focus is on planting vineyards. As the region’s fortunes have soared, so has the number of people interested in fruit, making it a much more competitive market, especially with low yields thanks to a long-running drought. Considering the potential impact of climate change, they’re not just planting more Syrah but considering what else could work. “On our property there was no Grenache planted, so we’re planting that. And we’re looking at Assyrtiko, Xinomavro, and other things that could possibly be more interesting in this area.”

While the Mullineux may have started a revolution in the Swartland, the “new wave” movement – like the reach of the Mullineux – has spread far beyond this one corner of the country. Chris and Andrea’s light touch in the winery and passion for expressing South Africa’s unique terroir shines through in every bottle they produce – from their Kloof Street offerings right up to their single-terroir or Leeu Passant cuvées. Asking Chris about the New Wave movement, he tells me: “I think it’s just South Africans having a confidence and a belief in themselves, and wanting to make South African wine. That’s really what it’s about, and the wines, really, to me, speak of South Africa.” We can’t help but agree.

Mullineux & Leeu Family Wines is our producer of the month; save 10 percent on all its wines until 31st October. Shop the range on bbr.com. Chris will be at our tasting on Tuesday 16th October, for which there are still a few tickets available.

2 Responses to “Stepping out of the Swartland: Mullineux”