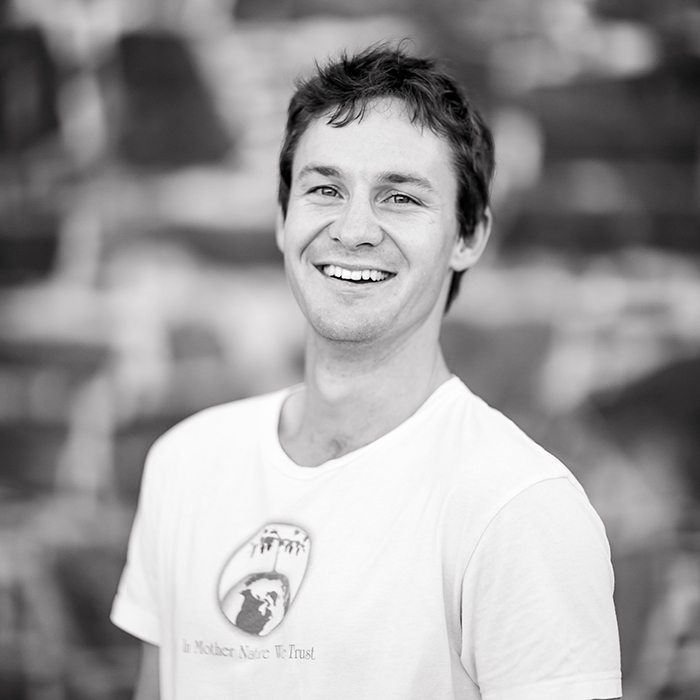 When Mark le Roux made a fleeting visit to London, we sent Sophie Thorpe to catch up with the man behind the wines at Waterford Estate, a superb Stellenbosch property

Bright and wide-eyed, Mark le Roux seems impossibly young. Boyishly handsome and enthusiastic, the Waterford winemaker’s youthful good looks belie his huge talent. Having first worked in the Waterford vineyards one summer during his studies at Stellenbosch, he then spent two vintages gazing across the fields from Rust en Vrede (Waterford’s neighbouring property), finally making his way back there in 2009. Although he started at the bottom – “mostly cleaning floors in the beginning,” he tells me – he worked his way up and took over the winemaking in 2013. Today, Mark says, “I still feel quite nervous, but I think we’re getting somewhere. I do believe our wines are getting better every year.”

Waterford Estate was started in 1998 by winemaker Kevin Arnold (previously of Delheim and Rust en Vrede) and businessman Jeremy Ord. “I always say it’s quite a nice relationship because a winemaker can’t work with money and a bank can’t make wine, so you need the two to work together,” Mark chuckles.

Clearly Kevin was and is a huge influence on Mark’s winemaking, and the industry as a whole. One of the founding members of the CWG, the Cape Winemakers Guild, he has long been a pioneer in the region, ever faithful to the belief that South Africa was capable of producing great wine.

Like many in the region today, Kevin wanted to see which grapes actually flourished in Waterford’s unique site. “It was amazing foresight, for a guy in the late ‘90s to be planting Sangiovese, Barbera, Italian and Spanish varieties. Everyone thought it was crazy. That’s exciting – to work with those varietals now.”

In many ways, it is why Waterford is further along its journey, and closer to defining what “greatness” means with its wines. Today, Mark is looking to bring focus to the estate, with an uncompromising approach to quality. “Any varietal that is maybe not performing to a standard that we think it should be, is basically going. It’s a period of fine-tuning and really pushing what Waterford is all about.”

Mark is excited about the nature of the vines he is working with. While they only have 20 years under their belt, he feels that vine age shouldn’t be the only thing a winemaker is preoccupied with. “The big talk is always about old vines and what they can bring to wine. I’m dealing with relatively young vines, but what’s exciting is that these vines have been nurtured since day one. It’s not like we’re looking at 60-year-old vines that have had 20 years of neglect. Sometimes, there’s damage that you’ll never ever recover.”

And when he says “nurture” – Mark really means it. Waterford’s winery and vines are set against the extraordinarily beautiful Blaauwklippen Valley, in Stellenbosch. Here, they work to do as little as possible to the vines themselves, planting cover crops such as oats – “to put back into the soil what we’ve taken out” – and releasing natural predators, such as ladybirds, into the vineyards, to control pests naturally and encourage biodiversity.

Talking about the philosophy in action, Mark is careful with his wording, “I suppose the word that I like to use is ‘sustainable’. We like to work as an entity, self-sufficient, that can work alongside nature.” He’s sure to state that they aren’t organic or biodynamic, a certification that Waterford isn’t seeking: “For me, the picture is a little bit bigger than just trying to be certified as organic. I think ‘organic’ is very new in South Africa. Even ‘biodynamic’ is very new in South Africa. If your whole farming stretch is not doing it, you can’t be the one in the middle trying to do it. The one chemical they can use [in organics] – and they use a lot of it because the list is very short of what they can use – is copper sulphate. My understanding of copper sulphate is it’s pretty poisonous, so I always feel just because it’s organic, it doesn’t mean that’s actually what you want to be spraying.”

Although Waterford is one of the Cape’s more established producers, Mark still feels a challenge to see “what can South Africa really produce”. It’s this that has driven him to craft a small library collection of more experimental bottlings with fruit sourced from around the Cape. So far he has made a Grenache Blanc, Riesling, Grenache Noir and white blends of Viognier, Riesling and Chardonnay; limited-production one-offs that provide an intellectual challenge for his winemaking skills.

But this doesn’t distract from the main event, and most of Mark’s time remains dedicated to Waterford’s core range, the pinnacle of which is The Jem – a Cabernet-based blend. “I think it summarises everything we do at Waterford. I think we’ve got a large heritage and tradition, and there’s structure in what we do, yet we do it with a lot of elegance – and that’s what we’re trying with this wine as well,” Mark tells me. We’ll leave you to be the judge of whether or not he’s succeeded.

2015 Chardonnay: From a special vineyard planted in 1988 (one of the oldest Chardonnay plots in South Africa), this offers peach, lime and sweet spice. Textured, generous and restrained: there is a reason this is so sought-after in South Africa.

2013 Kevin Arnold Shiraz: An homage to Kevin, this is an intense black-fruited expression of Shiraz. Sweet liquorice mingles with smoke and savoury spice, while the palate offers fruit, freshness and plenty of structure.

2011 The Jem: The name is inspired by Jeremy “Jem” Ord – Kevin Arnold’s partner, and the man whose successful career in technology funded the estate. The result is a rich and complex red. A blend of 45 percent Cabernet, 15 percent Shiraz, 14 percent Cabernet Franc, 11 percent Merlot, six percent Mourvèdre, four percent Petit Verdot, three percent Barbera and two percent Sangiovese, it spends 21 months in French oak (25 percent new), developing layers of complexity. A gem of a Jem, if ever there was one.

One Response to “The Waterford way”