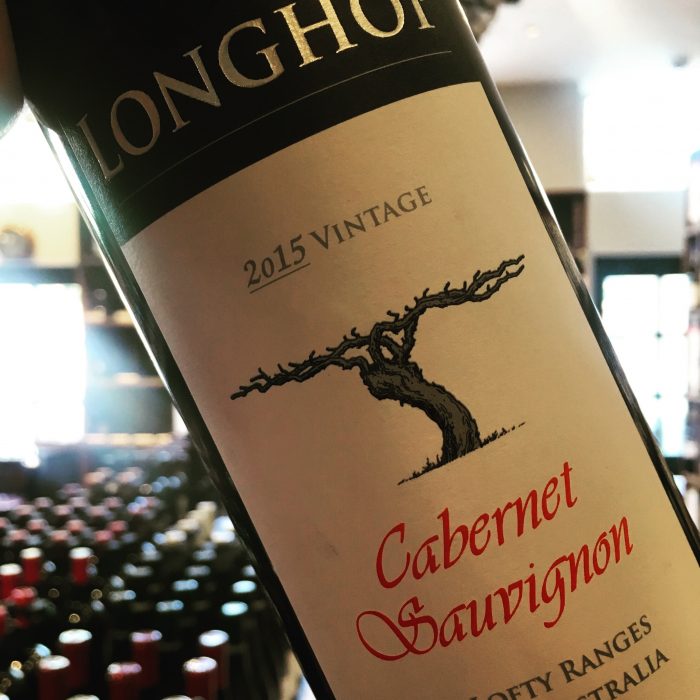 Recently across our social media channels we’ve been championing some of our personal wine favourites, as reviewed by our in-house team. This week it’s the turn of Alexis Self to cast his view on a bottle of 2015 Old Plains Longhop Cabernet Sauvignon, from Australia’s Mount Lofty Ranges

Our antipodean cousins are famed for their straight-talking ways and, when it comes to a South Australian Cab. Sauv., it’d be hard to get one more direct than Old Plains’ 2015 Longhop. Hailing from Mount Lofty Ranges – I bet you can guess why they called it “Mount Lofty” – this is a big, fresh and fruity red wine made from parcels of old vines planted by Italian immigrants after the Second World War.

I had a date to watch the football with an extremely anxious Liverpool fan and wanted something that would comfort and warm on a particularly frosty “spring” evening. Unlike the Liverpool defence, Old Plains Longhop is unlikely to collapse in the face of sustained Italian pressure, though we weren’t having to deal with Edin Dzeko and Daniele de Rossi up in our grills, but two pizzas from Franco Manca.

Apart from my friend’s permanently agitated state (and the threat this posed to his white carpet with a glass of red wine in-hand), this was as near-perfect a combination as I could wish for – football, tasty wine and pizza. The Cabernet did indeed soothe and delight, and I’m certain will do so whatever the weather.

It served us well with some pizza on a chilly Wednesday night but its rich blackcurrant, blueberry and dark chocolate palate will be just as sublime with some barbecued meat and potato salad come summer (if it ever does come!). And, unlike most English football teams, this one will see you out with a finish as long, comfortable and assured as they come.