The flavour of things to come: taste and technology 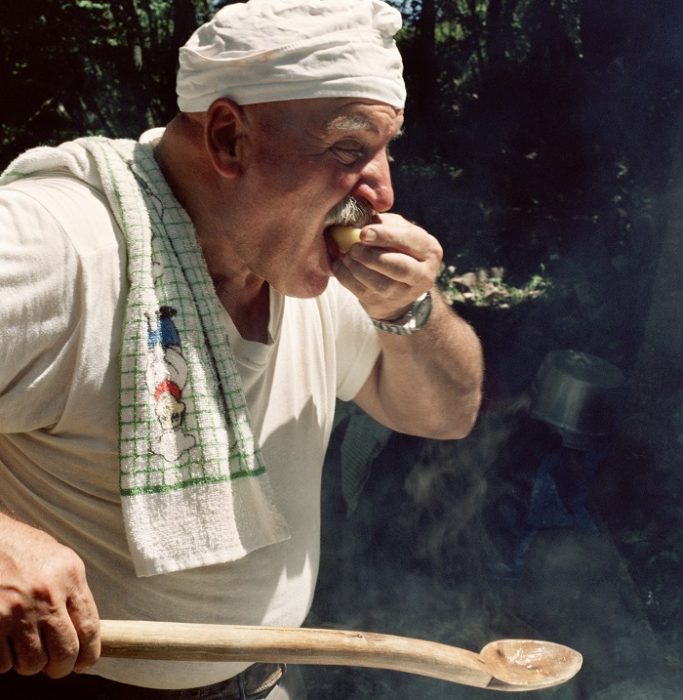 As the British Library dedicates a season of events to food, Sophie Thorpe finds out how science is changing the way we eat and drink

“I think it is a sad reflection on our civilization that while we can and do measure the temperature in the atmosphere of Venus, we do not know what goes on inside our soufflés,” Nicholas Kurti declared in 1969. Today, food and drink – despite its everyday importance – remains relatively unexplored territory.

The human brain developed thanks to the three Fs ­– “feeding, foraging… and something else”, Charles Spence told us at the beginning of a panel discussion titled Taste and Technology. The aforementioned Mr Spence, a leading experimental psychologist specialising in neuroscience-inspired multisensory design, was joined by Mark Miodownik, Professor of Materials and Society at UCL, and Francisco Migoya, Head Chef at Modernist Cuisine and author of Modernist Bread. This illustrious panel was meeting as part of the British Library’s Food Season, discussing the question – as Mark put it, “Will science take us further towards a delicious meal?”

This is Francisco Migoya’s exact purpose, aiming to look “under the hood” of food and reveal his findings to consumers in his books. He started along this scientific route quite simply because, he confessed, he had “pastry envy”. He searched for the reason behind his imperfect pâtisserie, and now seeks to do the same for all food.

For a long time, science and food were seen as apposite – the use of technology was feared by consumers – and in some ways it still is. “Processed” has developed negative connotations, but (much like wine) all food is processed – peeling and chopping a carrot is processing it. Often food that would be branded as “processed” is demonised for its levels of salt and fat, yet a tasting menu at a smart restaurant can contain similarly unhealthy levels of these products – but the price somehow makes it socially acceptable, Mark Miodownik noted.

As Mark pointed out, the nervousness around “messing with” food – using technology to create dishes – is nonsensical. The traditional methods that people perceive as artisan and old world, are in fact technology. It’s just that “new technology is this thing we don’t trust”. Candles are technology, after all – just old technology.

Francisco pinpointed the change in public perception to the early 2010s’ and the rise and fall of molecular gastromony – a foam-and-gel-fed fad that is, fortunately, long gone, but made a scientific approach to food fashionable.

Mark explained that the industry’s current focus – with a lot of money behind it – is the pursuit of meat substitutes. With the drive towards vegetarianism and veganism, as well as the impact our carnivorous ways are having on the environment, billions of pounds are being funnelled into recreating the humble bacon sandwich – minus the pig. So far, few have succeeded (although Hackney’s Temple of Seitan took London by storm last year when it opened the first vegan “fried chicken” shop).

Francisco argued that the most dedicated vegans wouldn’t go near imitation-meat, and that perhaps the quest shouldn’t be for something meat-like – but something totally different. He lamented that we wanted to eat the same things – often without the core ingredients, which is nigh impossible. “That’s the problem with gluten-free bread. Gluten is the thing [in bread],” he explained.

Improving a meal, however, doesn’t need to be limited to the food on the plate. How about the plate itself? Or the cutlery you use? Mark and Charles had undertaken a study in which people were blindfolded and put different spoons in their mouths (actually the same stainless steel spoon, electroplated with different metals – to cut out variables in shape and weight). The participants could easily tell the difference between copper, gold, zinc and stainless steel, and – when tested with a dollop of cream on each spoon – the different metals had a distinct impact on the taste of the cream. Should this be something restaurants embrace – whereby the cutlery becomes not part of the décor, but the taste experience?

Clearly, more research is needed. Mark feels that food (and by extension drink) isn’t taken seriously enough in research, when there are clear purposes to scientific exploration of taste. For example, taste malfunctions are a huge predictor of disease, and if we could create a way to test changes in our sense of taste, we could diagnose many diseases earlier. More importantly, as Francisco pointed out, “innovation is not always in the end result, it’s in the process”.

Though the discussion lingered on food, much of what was said applies to wine too. Charles mentioned that digital noses and tongues had been created, designed to detect cork taint. From closure-types and preservation systems, through to fake and fault detectors, or glass alternatives, there are doubtless plenty more developments to revolutionise the wine industry. And perhaps, one day, we’ll discover the secret to a perfect soufflé.

For wine-lovers with sensory envy of their pets, there was some good news. According to a pivotal study in 2014, dogs are not the superior sniffers we were originally led to believe. We can apparently follow trails just as well as our canine friends, determine the difference between identical twins just by their scent and discriminate one billion different smells. We even use our sense of smell in everyday encounters, much like other animals. No excuses when it comes to your next blind tasting, then…