A cocktail for Valentine’s Day 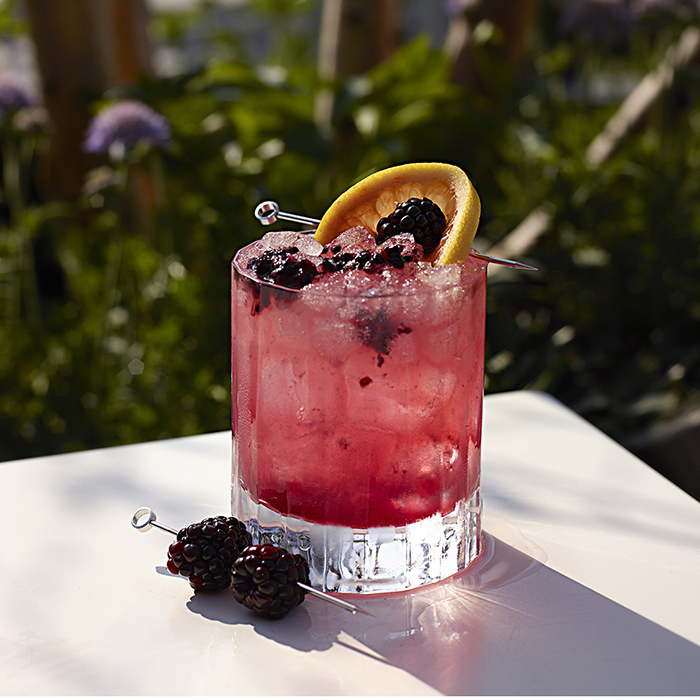 With Valentine’s Day just around the corner, we ask our in-house mixologists to create a cocktail in-keeping with the spirit of romance, and, in a nod to the senses – explore how such aroma and flavour “potions” have evolved over time

Perhaps one of the least discussed consequences of the digital age is its democratisation of the Occult. It used to be that you had to shuffle your way up narrow Camden staircases, rub crystal balls or – perish the thought – hang out in the Restricted Section of the Hogwarts Library in order to gain exposure to the dark arts. Nowadays, the prospective practitioner need only Google the words “love potion” to open a figurative (and sometimes literal) bag of worms containing lists of ingredients whose size and esotericism would make Ottolenghi blush. While I wouldn’t be the first to use these pages to profess a slightly Luddite-ish view of the world; witches and wizards used to be genuinely sinister, hairy figures. Now, all you need is a cauldron from Homebase and some black nail varnish and suddenly you’re Voldemort’s uncle…

Anyway, I digress, the truth is that people have always been obsessed with concocting potions that will arouse particular feelings in those that consume them. In Babylonian times, it was thought that beheading a live partridge and swallowing its (still-beating) heart was a sure-fire route to increased passion. While the Roman Empress Livia allegedly used Spanish Fly – the secretion of the male blister beetle – to spike family members, causing them to commit sexual indiscretions which could later be used for blackmail.

Fans of The Clovers’ great doo-wop hit Love Potion No.9, in which a despairing narrator describes his descent into love-induced madness after consuming a liquid which “smells like turpentine” and “looks like India ink,” will be disappointed to learn that most of the internet’s modern-day potions are made with things like rose petal and coriander seed. There is perhaps something reassuring in a liquid’s potency being directly linked to its noxiousness, however, the link between smell, taste and a dispensation for amour is scientifically proven and, indeed, those who suffer from anosmia (“smell blindness”) typically have reduced sensual predilections overall.

Luckily, partridge hearts and beetle secretion have been replaced as natural aphrodisiacs with chocolate and oysters but, the point is, recipes for increasing one’s “propensity for romance” are as old as that Barry White cassette you keep tucked away at home, just in case. All this in mind and to coincide with a rainy Wednesday in mid-February, we decided to concoct a little cockle-warming love potion of our own. It must be stressed, Love Potion No.3 will not make someone fall in love with you but, it does possess superior synesthetic properties. Modern-day love potions should never be administered to others but, rather, sipped by their maker. I imagine you knew that already.

To learn how to better interpret the aroma and taste of wine, try out one of our Wine School courses.