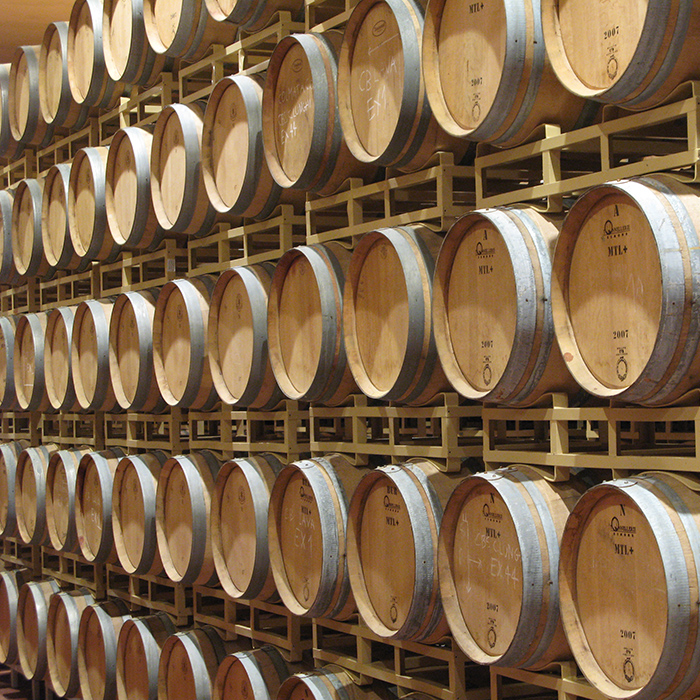 With interest in Italian wine peaking, Private Account Manager Chris Pollington looks at the wine-broking market and gives his thoughts on where it is wise to invest next

The vast majority of wines for investment continue to come from France, with Bordeaux still marking the backbone of that range, now increasingly supported by Champagne and Burgundy – as Bordeaux becomes more expensive and investors seek to diversify their portfolios. Further diversification, beyond France’s borders, is gaining in popularity and Italy is the country that the market is increasingly looking towards.

The first Italian wines that investors tend to look at are those wines which remind them most of France, namely, much-coveted, Cabernet-based Super Tuscans.

Of these, Sassicaia, the original Super Tuscan, first released with the 1968 vintage, from the coastal town of Bolgheri, is perhaps the wine with the best track-record for investment. Most vintages that are ten years old or older are selling for £900+ per case of six in-bond, while release prices still remain the right side of £600 per case of six in-bond, thanks to sensible pricing policies at the estate. Ornellaia – the second great Cabernet-based wine to be released from Bolgheri, some seventeen years later – also has a similar record, with older vintages going for circa £800 or higher per six-bottle case.

The biggest name in Chianti Classico – Antinori – is another one to watch. The Antinori family have been involved in the production of wine for over six centuries, consulted on the setting up of Sassicaia and launched their own ever-popular Tignanello in 1971. A blend of the Chianti native grape, Sangiovese, with 20 percent Cabernet Sauvignon and Cabernet Franc, it is grown in a Chianti Classico vineyard. Tignanello was priced very reasonably for many years, but recent and indeed mature vintages have been creeping up in value and it is now also considered a worthy investment, as well as being a very popular wine with drinkers. Antinori’s Cabernet based-wine Solaia, from the same vineyard, made with the mirror blend of 80 percent Cabernet and 20 percent Sangiovese, commands a higher price both on release and on the market. It has done particularly well in the last few years on the secondary market.

Yet to take the market by storm is Antinori’s Bolgheri red – the Guado al Tasso, a Cabernet-based Bordeaux-style blend first produced in 2007. With consistently good notes and scores from the critics over the last few years, we watch eagerly, wondering if this could well be the next wine to become the darling of the market…

Further south, Brunello di Montalcino remains popular among both drinkers and collectors, with the likes of Biondi-Santi, Soldera and Cerbaiona all increasing in price exponentially.

Away from the Super Tuscans, the great names of Barolo and Barbaresco continue to do well, with the wines of Conterno, Gaja, Sandrone, Rinaldi and Bartolo Mascarello all looking favourable, especially, recently, the latter. A special mention too must go to the wines of the recently-deceased Italian winemaking legend, Bruno Giacosa, whose passing may well trigger even more interest in the great wines made under his name. He was part of a new wave of winemakers in the region –and was a perfectionist and an icon in many people’s eyes.

Looking to the future, it’s difficult to know where the interest of the investor will next fall. Surely the great Taurasi reds from the oft’ dubbed “Barolo of the South” Aglianico grape variety, in the southern region of Campania, must be due some recognition for their complexity and longevity. The great 1968 Taurasi Riserva, Mastroberardino, from my birth year, is reported to still be doing well at fifty. I hope I’m in as good shape when I reach that milestone, later this year.

You can find tailored advice on building your own collection of wine, investment, or selling with our Cellar Plan.