A toast to the Scottish bard 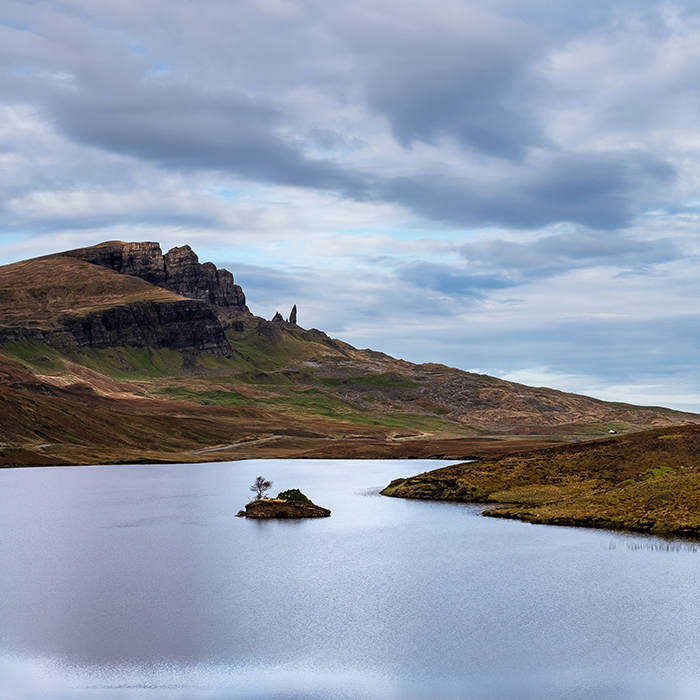 A view across the Isle of Skye. Photograph: Thomas Tucker

Ahead of 25th January, Will Lyons advises on what to drink alongside a traditional Burns Night feast

January draws to a close with one of the most atmospheric and romantic celebrations in the calendar, Burns Night. On the day of his birthday, 25th January, lovers of Scotland’s most famous poet gather to celebrate his life and work.

The tradition dates back to 1796, when – a few years after his death – several of his friends gathered to commemorate his life. It now takes the form of an evening including Scotch whisky, haggis, fine wine and poetry recitals. When I was living in Scotland, it was one of the nights I looked forward to the most, huddled around the table in my Edinburgh kitchen, under candlelight, with a few friends, some choice poems and a good bottle of peated single malt. But the night is perhaps better known for its more formal banquets, when a four-course meal is served complete with Highland Dress, a Piper and dancing.

The first course, served after the Selkirk Grace, is usually a soup, either Cullen skink (a smoked haddock broth) or something like cock-a-leekie. You could pair these with a lightly peated whisky such as Talisker Storm, with its mellow, honeyed sweetness. But despite being notoriously difficult to match with soup, my preference is to serve wine with a rich texture; a Chenin Blanc goes well, perhaps Mullineux’s 2016 Kloof Street Chenin Blanc from the Swartland.

The main event is of course haggis, preceded by the traditional address, this is usually served with neeps and tatties. Traditionalists will always opt for a decent Claret, especially given Scotland’s historic link with the region (they have been buying the region’s wines for centuries). The 2002 vintage from Ch. Giscours is drinking very well now, as is 2000 Sarget de Gruaud Larose, the latter having an attractive earthy character which goes well with the haggis. An aged Rioja or something from the Rhône will also match well with the peppery character of the haggis. Jean-Louis Chave is perhaps better known for his Hermitage wines but his 2014 St Joseph, Offerus is a good option with generous dark fruit and a hint of pepper. For those wanting a little more fruit, head to California and Birichino’s old-vine St Georges Zinfandel. If you want to serve whisky (and let’s face it, we all like pouring a wee dram over our haggis), look no further than Talisker 10-year-old whose sweet and slightly smoky character goes exceptionally well.

A nice way to end is with the Scottish pudding, Cranachan – a traditional pudding of cream, fruit and oatmeal. My personal preference is to serve with something fresh and plenty of acidity such as Tokaji, Oremus’s 2011 bottling for our own-label range is a good match. The evening, of course, ends with your favourite dram, whatever that maybe.

Browse our range of Scotch whisky on bbr.com.