Notes from the vineyard: fermentation 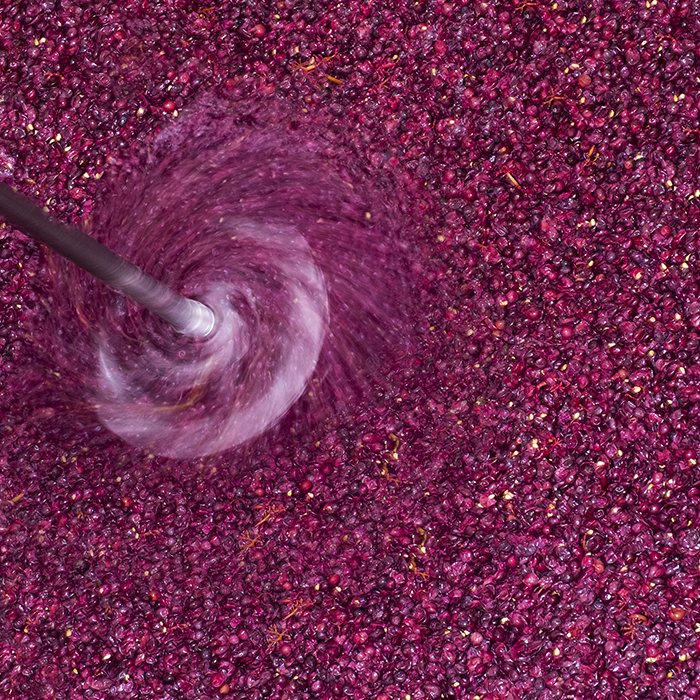 With harvest done and dusted, and the juice safely in tank, Nyetimber’s winemaker Brad Greatrix details what happens next for the 2017 grapes, as the first fermentation gets underway

It’s now been three weeks since the last of our grapes were harvested. It’s always a relieving and happy moment when all the fruit is inside – partly because harvesting requires a huge effort from everyone, and partly because we’re no longer susceptible to the vagaries of our British weather (rain drops on the roof can be a soothing sound once again).

The 2017 growing season has certainly been tumultuous, starting off with a very serious air frost that severely diminished yields, for us and many other producers (including across the channel). Hidden among the headline-grabbing weather events, however, were some lovely warm periods at exactly the right time for us. For example, we had very nice weather during the flowering period, resulting in an even crop of healthy bunches, and post-véraison (from the beginning of September), the weather was for the most part warm and settled. This means that the grapes we received were very promising, and of course that means the wines are exciting too. If there are any surprises for 2017 in terms of quality, they are all on the upside.

Once we have juice in tank, we start the wines on their fermentation process, but we inoculate our wines shortly thereafter for malolactic fermentation, so that it can run concurrently with the yeast fermentation. The malolactic fermentation (MLF for short) is carried out by bacteria that convert malic acid (the sort in a tart green apple) into lactic acid (the sort in yoghurt), bringing a softness and balance to the wines. Since 2008, we have consistently put our wines through MLF every vintage, because we love what it brings in terms of balance and texture. Typically the alcoholic fermentation lasts about two weeks, and the MLF about four to eight weeks, meaning the wines should all be through fermentation by the end of this month. From there we can start a more rigorous assessment of the wines.

We like to have a diversity of wines available for blending after the fermentation process. Most of that diversity is accomplished by separating out our various estate-owned vineyard parcels into sub-blocks, and each has its own fermentation vat. Not only does that allow us to capture the nuances of each vineyard, but also we can work with each separate parcel, giving it the optimum conditions to show its best. We favour a low-intervention style of winemaking, which means we don’t use many levers of influence on the wines; however there are aspects that are considered for each lot, including juice clarity, fermentation temperature and yeast strain, that all influence the style of the resulting base wine. A small portion of Chardonnay juice is also fermented and aged in new oak barrels, to later serve as a component of our Blanc de Blancs blend. It usually makes up just a small portion of the overall blend, only around three percent or so, but gives a lovely spice note in the background. 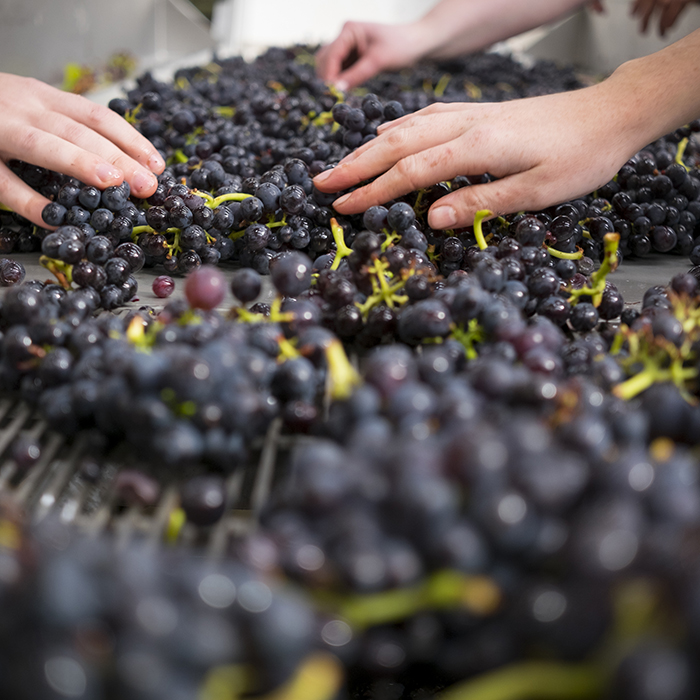 One little-known aspect of Nyetimber winemaking is that we also produce a small amount of red wine each harvest for our rosé. We produce this wine from certain parcels of Pinot Noir from our Manor vineyard, and the wine is used as a blending component for our rosé. The method for this red wine is very much in keeping with how one would produce a fine still Pinot Noir. Grapes are hand-picked and delivered quickly to the winery, where they are sorted by hand. Only perfectly ripe Pinot grapes are allowed to pass, and they are de-stemmed and lightly crushed before passing into an open-topped fermenter. The stems are excluded because the tannins wouldn’t be appropriate for a sparkling wine. We manage extraction from the skins by “punching down”, or “pigeage” as they would say in France.

Cherie Spriggs, our head winemaker, tastes this wine at least once per day to monitor extraction, and when she has the perfect set of flavours and structure, we press the wine off into used French oak barrels (from Burgundy cellars). The red wines will spend two to four months in barrel, before being racked out and used in blends early in the New Year (which we’ll talk about more in due course).

I am asked occasionally about whether we would consider producing a still wine at Nyetimber and my answer has always been “no”. We’re very proud of the Pinot Noir that we produce for the rosé, but it is very much a wine made for a specific purpose. Compared to a still red wine, the acidity in our Pinot is higher, the tannic profile is more restrained, and the fruit flavours are more high-toned, which are all desirable aspects for sparkling rosé. To make something as a standalone still wine requires a whole different effort, starting back in the vineyard, and our focus has always been on producing the best possible sparkling wine, so all our effort goes there.

Over the next few posts I’ll be providing details on how these wines are coming together as we move towards blending and bottling. In the meantime, if you have any questions or comments please do post them below.