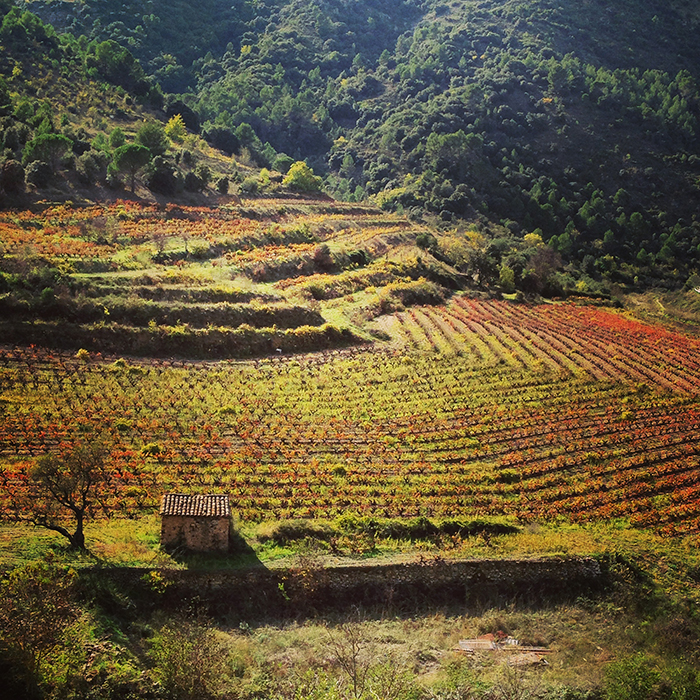 Sangenís i Vaqué, based on the dramatic and rugged slops of Priorat, is a family winery with a unique approach. Here, Catalan-based wine writer Miquel Hudin shares a little of the estate’s history and future

Having roots in Spain’s Priorat wine region means having a family that has seen some incredibly bleak times. While in the late 1800s the region experienced a boom, due to phylloxera blighting France, once the pest crossed the Pyrenees mountains, it decimated winemaking in Priorat as well. Those who didn’t emigrate to the cities, formed co-operatives that produced something deemed “wine”, but which bore no resemblance to the fine bottles that emerge today.

It was during these lean years that Pere Sangenís and Conxita Vaqué married, in 1972. It was a most ideal union, both romantically and practically: from Pere’s family came vineyards that had been in the family since the 1700s; from Conxita’s came the cellar on Plaça Catalunya which was built in the 19th century and that they still use today. And, despite everyone thinking them crazy at the time, they planted a new vineyard of Grenache and Carignan in 1978, alongside a bend in the small Cortiella River that meanders through their village of Porrera.

They had four daughters, but it was never all that certain the family tradition would continue. Only with the heralded 1989 vintage from a band of determined winemakers, the Clos “pioneers”, did a sustainable future become reality – a watershed moment that led to Priorat becoming the region we know today.

While the Clos gang was based in the neighbouring village of Gratallops, Porrera had yet to blossom as a winemaking mecca, with Sangenís i Vaqué becoming the first winery to start bottling their own wines in 1995. As they moved away from bulk wine production, the two youngest daughters, Maria and Núria could see that Priorat was on an upward trajectory and so, unlike their older sisters, they studied oenology at the university in Tarragona. They’ve since joined the winery in recent years, as their mother has retired (as if anyone from the villages ever truly retires) and they continue to be a fully family-run affair. A new generation of potential winemakers has also arrived this year, as Maria gave birth to Jofre, the family’s first grandchild.

This seamless transition to the new generation is crucial, as they have a very different approach to winemaking in comparison to others in the region. They make wines that are meant for long ageing but only release them once they are ready to drink. For instance, their top wine, Clos Monlleó, which is comprised of only Grenache and Carignan has just seen its 2007 vintage released this year. For a region where faster turnover of two to three years, even for Reserva-level wines has become rather standard, they are something of an anomaly.

To this, it can be said that their approach is closer to that of a classic Rioja producer, while still being very much Priorat in profile. The wines, despite the very lengthy bottle-ageing, hold bountiful primary fruit, while at the same time presenting lovely, integrated tannins and finesse that can only be found through extensive, careful maturation.

Maria and Núria do present something of a change from their parents, as they take on more and more responsibility with each passing vintage. While the core wines of the cellar have been sold in classic Bordeaux bottles and designed for ageing, they’ve recently introduced wines with a different approach.

The first is Lo Coster Blanc, which started life as Maria’s project wine for university. Given that the family had always made reds from only their own grapes, she took on the challenge to make a Grenache Blanc-Macabeu blend that would stand up to the family’s traditional reds. Little by little it has evolved over the years to a point where they make three barrels of it. This year, while the family has been adding much-needed terraces for new vineyards, Maria and her husband Roger planted a small slope of the same grapes, which some day will find their way into the blend as well – something of a tribute to what Maria’s parents did some 40 years before.

This past year, Maria and Núria have added Lo Bancal de Granatxa. A more immediately accessible wine, it’s made from very select rows at the top of one of their best vineyards and again in small quantities due to the limited number of grapes. Both it and Lo Coster Blanc are being bottled in a fashion strikingly different format from the main wines – using Burgundy bottles and labels with a modern floral imprint that shows the touch of the next generation, testing new ideas in this historic family cellar.

Despite the precarious nature of Priorat’s history that has made for many stops and starts in winemaking, the Sangenís i Vaqué family has hit upon a winning approach to the region that creates evocative, storied wines from their stony hills; an approach that, thankfully, looks to continue long into the future.