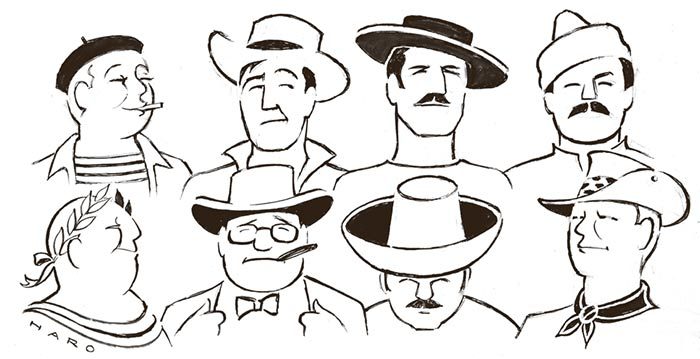 From new technology to the impact of climate change, author, journalist and fine wine specialist Will Lyons takes a view on what lies ahead in the wine world

“The past is a foreign country; they do things differently there,” reads the famous opening of LP Hartley’s evocative novel The Go-Between, in which the narrator, returning to Norfolk, remembers the events of a hot, languid summer at Brandham Hall half a century earlier.

Driving through the ancient byways of Burgundy or the vineyards of the northern Médoc in Bordeaux I am always reminded of this quote, not because the past feels foreign but because how, in a fast moving world, the viticultural landscape of these two regions hasn’t really changed, one constant in an ever-changing world. And yet, in many ways, my beginnings on the wine route in the autumn of 1997 feel very much like a different country. Or rather today feels like the future.

Back then, with the internet in its infancy, who could have predicted that in 2016 one could walk into a restaurant anywhere in the world and, using a handheld device no bigger than a wallet, scan the label of a wine bottle and, within seconds, be able to see its price, country of origin and vintage complete with tasting notes (not just from professionals and wine critics but from like-minded collectors as well) displayed on its tiny screen? A quick tap and it’s even possible to locate a wine merchant and buy it. How long before another tap will result in it being delivered to your restaurant table via a courier from an Amazon-style warehouse – five years? Perhaps sooner.

The future of wine is like a moving target, constantly shifting its focus as fashions come and go; new winemaking styles gain in popularity, and regions once out of favour gain in popularity. Thirty years ago English wine was a niche curiosity with variable quality, now it is a burgeoning, award-winning industry, its products served at State banquets, collected in New York and enjoyed by Prime Ministers and celebrities.

Meanwhile a slew of gadgets has transformed how we consume, open and store wine. It is now possible, thanks to the Coravin system, to extract a glass of wine from an unopened bottle via a minute surgical needle, thus preserving the rest of its contents in almost-perfect condition. With the iSommelier, you can inject “purified oxygen” through your wine, fast-tracking the time it takes for the wine to evolve from hours to just a few minutes (compared with decanting). For the security conscious, such is the attention to detail on correct storage and transport conditions one can now even track one’s favourite case of Californian Cabernet Sauvignon by GPS. Given the innovative landscape we already live in complete with apps, 24-hour electronic trading platforms and devices which feel like something out of science fiction, what does the future hold?

A good place to start is with the wine-growing regions themselves. Climate change has undoubtedly impacted on viticulture. According to the World Meteorological Organisation, since records began in the mid-1800s 14 of the 15 hottest recorded years have been since the turn of the century with 2014 the warmest year since records began. This has of course pushed the boundary line of where grapes can sufficiently ripen to include southern England. Going forward, the impact it will have on existing regions will affect the alcohol level, phenolic ripeness and acidity levels of the grapes with harvest dates being brought forward and alcohol levels continuing their journey northwards. Among those regions that could be directly affected will be the Languedoc and Roussillon, Southern Rhône and Provence in France while areas of Spain such as Ribera del Guadiana could experience more extreme weather.

As a result, one trend that is emerging – and which will continue to gain traction – is the quest to plant higher. Like the Le Soula vineyards, found in the Côtes Catalanes region west of Perpignan, France, which are already planted at high altitude, winemakers will seek out ever higher-altitude sites. Expect to see more plantings in places such as Chile’s Elqui Valley where the vineyards are found at heights of 2,000 metres above sea-level and Salta in the far north of Argentina home to some of the highest vineyards in the world (some at a dizzying 3,000 metres above sea-level).

Meanwhile, in established regions such as Bordeaux, the change of temperature has had a direct effect on winemaking styles, with higher alcohol levels and more immediate, lush, red fruit. Wineries across the world are exploring ways to offset the impact of climate change, trialling techniques such as putting straw under vines to help keep the soil cool and experimenting with different yeasts which can help keep alcohol levels down.

China will press on with its viticultural journey, planting more vineyards and importing more technical expertise from the Old World, particularly Bordeaux, where Chinese buyers will continue to snap up available properties for their thirsty consumers back home. I also expect to see more quality wine being made in Canada, Mexico, Brazil and Uruguay and the emergence of a ”new” New World of wine-producing countries in the form of Thailand and India.

“Old” New World countries, such as New Zealand, will continue to produce some of the world’s best Pinot Noir while South Africa will go from strength to strength. My tip is that, within my lifetime, the Waipara Valley – a small pocket of gravel and clay with limestone, north of Christchurch – will emerge as the go-to region for fine Pinot Noir, rivalling some of the best examples found in Burgundy.

English sparkling wine will get better and better. Like Champagne in the 1700s which grew on the back of the prosperity of Paris, English sparkling wine will gain market share in the restaurants and bars of the global financial hub of London. With more investment, wineries will be able to barrel-age more wine on its lees and improve quality. I expect there to be four or five big names to emerge to vie with Champagne at the top of the market.

How we buy wine changes from generation to generation; there are already significant differences between the “baby-boomers” and the “Millennials” (born in the early 1980s). The latter, described as “Generation Treaters” by market research company Wine Intelligence, have increased their share of spend on wine in the UK to more than 30 percent. However, the real future lies not with the Millennials but the “iGeneration”, those born in the mid-1990s, who are digitally native and fearless when it comes to wine buying. In the US, they will be the first generation to be raised with a shrinking middle class; they value peer recommendations. Rick Breslin, founder of Hello Vino, a wine recommendation app, says there is a very clear consumer trend towards personalisation, moving away from making wine selections based on endorsements from traditional gatekeepers.

Which brings me back to the role of the wine merchant. For one prediction I am very confident in making is that in two or three decades’ time Berry Bros. & Rudd will still be serving customers from its shop at No.3 St James’s Street, imparting trusted advice amidst a cacophony of opinions and points of view. Whatever the experts and industry observers say, in the future people will still be buying the great wines of Bordeaux and Burgundy – and paying for them too. The best always come with a hefty price tag but grumbling about the price of Claret is nothing new. Writing in 1920 in Notes on a Cellar Book, George Saintsbury complained about the cost of the 1893 vintage; in the archives of this very magazine, there is reference to the high prices, press hype and speculation surrounding the great 1959 vintage. In that sense, everything changes and nothing changes.

The wine collector will always gravitate to the top wines and they will always include the great wines of Bordeaux and Burgundy. Strolling through the vineyards of the northern Médoc or the hill of Corton one is struck by how the past looks very much like today.

This article was originally published in No.3.

One Response to “Plus ça change”