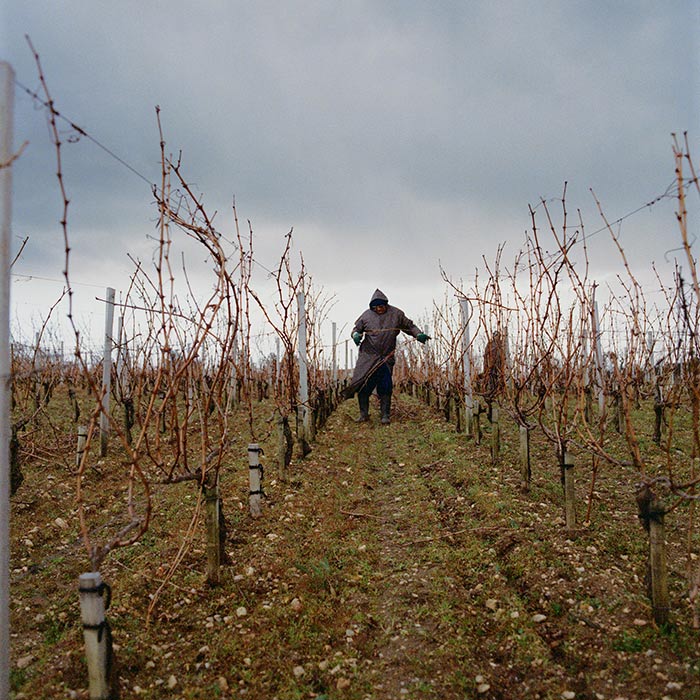 Philip Moulin reports on an annual tasting of the newly bottled Bordeaux vintage, this year focused on 2013; a hard vintage, for both producers and consumers

For the last three years I have been privileged to have taken part in what is arguably the most comprehensive annual tasting of fine wine in the UK – it is generally known as The Southwold Tasting, as for several decades the event has been hosted by Adnams at their headquarters in Suffolk. This year, with The Swan Hotel closed for refurbishment, the tasting was hosted by Farr Vintners in their stunning tasting room overlooking the Thames in Battersea.

The object of the tasting is to assess the relative merits of the most recently bottled Bordeaux vintage – in this case the 2013s. Last week, 16 tasters gathered, representing the UK’s leading wine merchants and wine writers, amongst them no fewer than five Masters of Wine. The wines, this year a modest 160 of them, were tasted blind, by commune and the results are fed back to the Bordeaux proprietors themselves.

Now then… the tricky bit. How to write about the wines? I can’t beat around the bush – with a few worthy exceptions, 2013 was not a good vintage. This is not news. The vintage had been roundly criticised from the very first en primeur tastings in 2014. I don’t think that any of the attendees had been looking forward to a day and a half of solid 2013 tasting, but as I looked up and around the table, halfway through the penultimate flight it was clear that the sum of our fears had been realised. The furrowed brows and, in several cases, grimaces on people’s faces spoke volumes.

Pomerols generally showed well, and it was arguably the strongest commune – intriguing given that Merlot really struggled in this vintage. If you were lucky enough to get a case of Vieux Château Certan, please don’t gloat. St Emilion is perhaps best glossed over. Pessac-Léognan was consistent across the board and there was a strong showing from a Berry Bros. & Rudd stalwart, Domaine de Chevalier. Margaux often struggles in weaker vintages but was, perhaps surprisingly, one of the strongest flights of the tasting. Ch. Margaux showed a lightness of touch and a degree of charm which only it can (Pavillon Rouge too), while Chx Palmer and Giscours also showed real style and breed. In St Julien, the Léovilles all performed well – Las Cases stood out, Poyferré was very polished, and Barton was admirably restrained and detailed. St Estèphe was rather a struggle, with only Montrose really stepping up to the mark.

If Margaux was a pleasant surprise, Pauillac was not. So often this noble commune comes to the aid of the Claret lover in a difficult year, but there were far too many wines here that were lacking in any sort of depth or class. Notable exceptions were Batailley, Grand-Puy-Lacoste (which is really on a roll at the moment,) Pichon-Baron (ditto) and Mouton Rothschild – the wine of the vintage based on this tasting.

Had Bordeaux been faced with similar vintage conditions 25 years ago, it’s a fair bet that many château owners would have had to declassify the larger part of their crop, and very few would have made a Grand Vin at all. As it is, with modern viticulture and vinification techniques, most châteaux were able to make a wine that, at the very least, is recognisably Bordeaux.

I find it impossible to write the vintage off – there are plenty of wines that will make perfectly decent luncheon Claret, but very few that will make old bones. It’s easy, when tasting academically, with the wines all shown in stark relief against their peers, to forget the way in which we usually drink Claret – namely, with food, with friends and with conversation. Bordeaux in a great vintage can be cerebral and complex, demanding the drinker’s attention; but often, it is an even-handed, balanced and unobtrusive accompaniment to food.

So, these wines will have their place. The wines which were left unsold on the European market are selling like hotcakes in Asia even as I type this. They have far fewer vintage hang-ups like us, and are happy to drink the wines young and at discounted prices. If you bought 2013s then you need not panic. Drink them young, and enjoy them for what they are – in a way, a triumph of man versus vintage.