Hygge and the rise of Scandimania 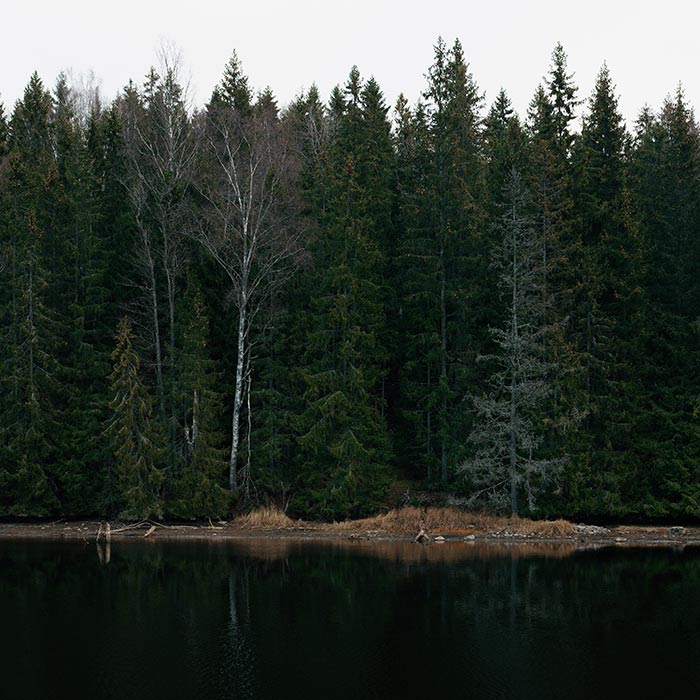 The trickle of hygge, infiltrating every corner of our lives, seems unstoppable. Here, Tom Van de Pette from our wholesale arm – Fields, Morris & Verdin – explains what Scandimania means for the food on our plates and, most importantly, the bottles we uncork

Hygge (pronounced Hoo-gah), a Danish word with no direct translation, is a tricky little concept to pin down. Perhaps this is part of its appeal. Hygge-mania has been a sweeping trend across the world and London has not been left out. The term is often tied to cosiness, and this is part of it; but it is much broader – encompassing charm, contentedness and simplicity. It is the pleasure one makes for oneself in turning normal, everyday things into something more and the ensuing happiness. It is spending a morning foraging for mushrooms and then preparing them and enjoying them on toast with a little freshly picked parsley. It is spending a few extra minutes making a ritual of creating your morning coffee just how you like it, turning the ordinary into the extraordinary. Perhaps “cosiness of spirit” is a more accurate definition.

This can in turn be attributed to anything from food and wine to interior design, and everything in between. I am guilty of creating hygge-inspired Christmas decorations, creating my own cork wreath and tree decorations with a heavy Scandi influence and I loved it (even if friends were asking if I had commissioned a small child to make them).

Restaurants influenced by this quest for cosiness range from the popular 26 Grains – specialising in varieties of porridge, promoting fresh fruits, nuts and guilt-free comfort food in a pared-back, rustic space – to Michelin-starred powerhouses such as Aquavit and Texture, who focus on simple, beautiful food with razor-edged, sleek interiors.

Contemporary Nordic dining is heavily inspired by the land that birthed it: fantastic fresh seafood from the wild, frigid waters; foraged herbs, fungi, berries; and wild game from mossy pine forests. These big flavours and textures evoke the spirit of rugged, harsh terrain and need to be paired by a gentle and sympathetic hand.

Texture, with their dedicated Champagne bar and a wine list that heavily leans towards Riesling and Pinot Noir, indicates that this is not the place for a big McLaren Vale Shiraz; you won’t be served a slab of meat that is as much a challenge as a meal. This is clean, light food that will leave you sated but not stuffed, requiring a delicate accompaniment to elevate and accentuate, not overpower.  This mirrors the approach of Noma, arguably the driving force behind the global Nordic food movement. Having won the coveted title of “Best Restaurant in the World”, not once but four times, it cannot be ignored. Their list focuses on lighter styles with an emphasis on biodynamic wines, a trend that is also present in Geranium, Denmark’s first and only three-Michelin-starred restaurant. 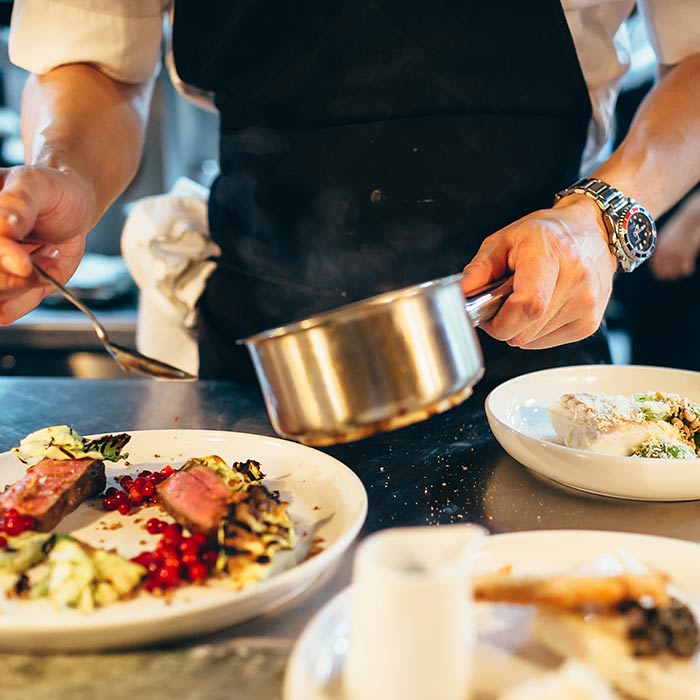 A chef at work at Aquavit, London

As a general rule of thumb in restaurants, I try to order wine from the same country or region as the food I’m eating; the thought being that these wines were traditionally made to compliment the local food. Italy is a fantastic example of where this works perfectly: very few things in my mind compliment a big bowl of pasta covered in a rich tomato sauce more than a bold Chianti, its acidity able to stand up to the flavours at play. But what to do when the region in question produces little or no wine? Denmark has only been producing wine en mass since 1999, when laws were passed to make production legal, and – much in the same way as England’s burgeoning wine industry – it has benefited from global warming. Denmark is currently producing sparkling wine that is gaining some momentum, with Skærsøgaard Vin winning a silver medal for their 2006 Don’s Cuvée Sec in the 2007 Effervescents du Monde wine competition. The country is also producing some interesting red wines, predominantly with Cabernet Cortis and Cabernet Cantor whose spicy flavour can be paired well with venison and foraged berries.

Let us not forget gin’s northern cousin, Akvavit (or Aquavit, the inspiration for the eponymous restaurant) which graces the tables and bars of any restaurant with even a hint of Nordic influence. Its clean taste and characters of caraway, anise and fennel mirror the flavours in the food and make pairings with gravlax and crab a no-brainer. Whether enjoyed ice cold with the obligatory Snaps-song to help it go down or in a delicate cocktail, I see Akvavit as a trend waiting to happen. Other establishments such as The Harcourt are offering beautiful Swedish single malt whiskies whose light, fragrantly smoky notes can complement without overpowering fish dishes such as their rye-crusted mackerel with cucumber and seaweed.

This may well be a trend, but I do believe it has staying power. Clean living and fresh, quality produce is a refreshing (in more than one way) change of pace from the uber-indulgent fast food that has been sweeping across our tables. Aspects of hygge can be taken to heart to help us get through our dark and dreary autumns and winters, to give us purpose and to help us find joy in the small things. So curl up with a good book, take up knitting, make some porridge and dream Swede dreams.