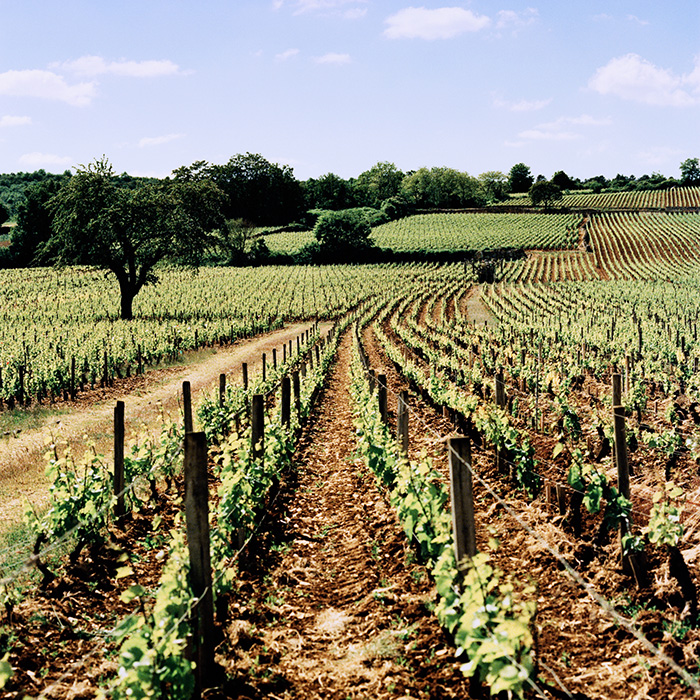 On his first trip to Burgundy Ben Grosvenor – the newest member of our Fine Wine team – falls in love with the region, its humble winemakers and the 2015 vintage

Early starts, cold cellars, freezing winds and sharing a minivan with half of the Berry Bros. & Rudd Fine Wine team: no matter how awful the spin one puts on it, it’s hard to consider yourself unfortunate when travel to the Côte d’Or to taste great Burgundy is part of the job description.

Over the course of a week tasting the hotly anticipated 2015 vintage, we tasted over 400 wines. This was my first visit to taste the primeurs in situ and I’m not ashamed to say that I’m now completely smitten with the place, the wines and the people.

On paper, it’s not the easiest of wine regions to understand: there are vast numbers of vineyards, all of which are classified, from villages, to Premiers Crus and – at the top end of the scale – Grands Crus. If you’re really keen to get to grips with Burgundy, there’s literally no better way than to go. Being able to see the vineyards and the lie of the land makes it so much easier to comprehend – and if you can persuade Jasper Morris MW to accompany you, then all the better.

We started our journey at the bottom of the Côte d’Or (the corridor along which the vineyards run), in the Côte de Beaune. Here is where you find many of the villages famous for white wines, such as Puligny-Montrachet, Meursault and St Aubin, but also home to the famous red grape villages, Pommard and Volnay.

Continuing north, we moved into the Côte de Nuits, where villages like Gevrey-Chambertin, Nuits-St Georges and Vosne-Romanée are home to some of the finest Pinot Noir on the planet. It’s fair to say that although the 2015 whites are stonking, it’s the reds that will make this a vintage you’d be mad to miss out on. The wines are joyous to taste, even at such a young age. Some were nigh impossible to spit (so sometimes we didn’t).

Two things stood out about Burgundy for me: firstly, the winemakers and owners. There is not very much bling in Burgundy, but there does seem to be a good dose of humility. And plenty of cold, cobweb-coated cellars in which we conducted our tastings, the likes of which many Bordelais wouldn’t be seen dead in. (Granted, we did learn that one of the owners has not one, but two helicopters.)

Secondly, it is fascinating how close the vineyards are to one another; how much difference there can be in a matter of metres. Not only can you find two rows of vines next to each other with a vast difference in value because of their respective producer; but, with small stone walls separating the vineyards, you can also find vines on one side of a wall worth 10 times the grapes growing on the other side. At first, it would be fair to question this; on tasting, though, it is brilliantly easy to perceive how those minute differences in location and soil, and the way certain producers care for their vines, can make vast differences to the wine. The wine in Burgundy is very much made in the vineyard.

Alongside their 2015s, many of our very generous hosts opened some much older bottles for us, and that is where Burgundy really comes into its own. Until now, I’d never really understood the way of thinking that placed Burgundy above all others. With age, good Burgundy is capable of developing in to something truly remarkable – hauntingly complex tertiary notes intermingled beautifully with ripe but delicate red fruit, silky tannins, impossibly moreish – and these are notes from vintages not as highly regarded as the 2015s. We were told by top Volnay producer Michel Lafarge’s son that Michel considered 2015 the best vintage since 1929. With a vintage like this on our hands, I can only imagine what a wonderful experience it will be to drink these wines in 10 to 20 years’ time… “Buy 2015 Burgundy” is now firmly on my list of New Year’s resolutions.

One Response to “Burgundy’s humble appeal”