A guide to Port 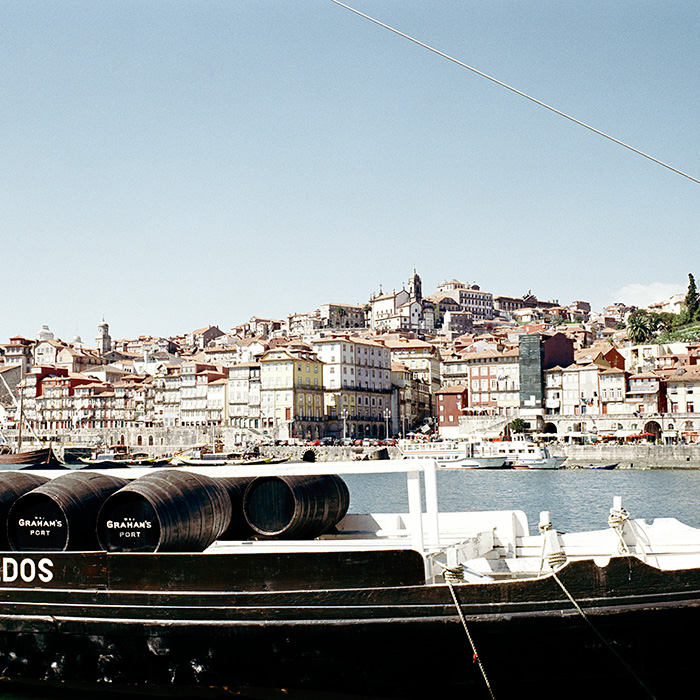 With the season of Stilton and Port almost upon us, George Lacey runs through the key styles of Portugal’s most famous fortified wine, explaining everything from how they’re made to their decanting requirements

Unashamedly, the apogee of my festive period involves putting together the family wine order; each year I take a not-insignificant amount of time selecting Christmas Day’s vinous treats. My personal interests spread far and wide throughout the Dionysian empire, but the opportunity to indulge in an extra flight of fortified wines is approached with particular zest. It is a terrible shame that Port is, for most, relegated to just one glass per year. As such, if you are hoping to find the perfect bottle but feel overwhelmed by myriad options, then the least I could do to help is put together a guide to the fortified world’s crowning glory.

Eponymously named after the town from which it was historically shipped, Port(o) as we know it was originally a dry red wine that didn’t become the unctuous elixir with which we are familiar until fortification (the addition of spirit) during fermentation became common practice in the 1800s. Now inseparable from the winemaking process, fortification leaves significant residual sugar in the resultant wine, creating the rich and warming nectar that we know so well. What better accompaniment for the latter hours of your Christmas Day?

As a wine with both high alcohol and sugar content, Port has the potential to improve in either barrels or bottles for decades, and whether it spends its years maturing in bottle or barrel is largely what determines the flavours and textures of the end result. What follows is a short summary of those principle styles that we may all be confronted with when making our Christmas choices: Ruby; Late Bottled Vintage; Crusted; Vintage; and, finally, Tawny. 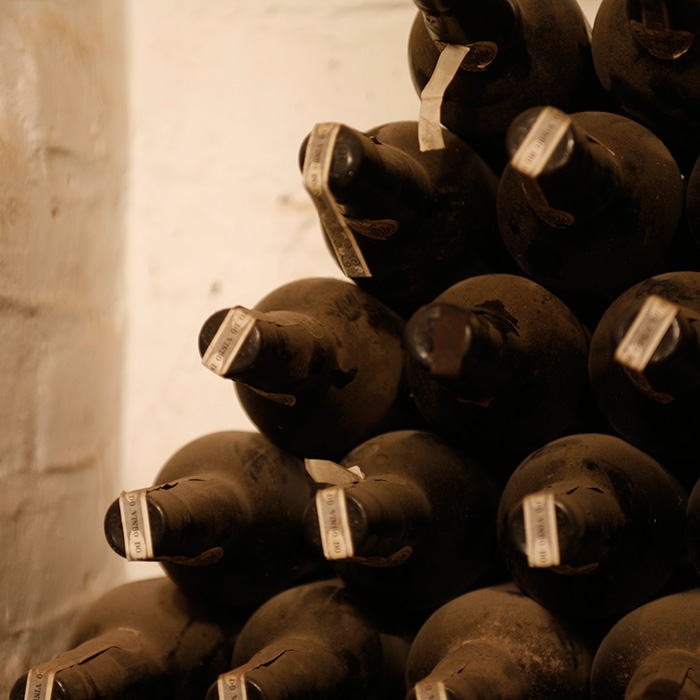 Ruby: Generally the most approachable and youthful style of Ports, and also the least expensive, Ruby Port is the most widely produced style in the valley. Once fermentation and fortification have been carried out, the wines are aged for a relatively short time in concrete, stainless steel tanks or large oak barrels, which prevent too much oxidative influence. Bottled after two or three years to preserve its vibrant ruby colour and fresh, fruity flavours, Ruby Port is not from a single vintage, but blended across vintages to produce a consistent house style. Ruby should be drunk young and will never be the most complex of wines. Given that the flavour profile is dominated by fresh fruits, it would work well with a fruity, berry-based dessert.

Late Bottled Vintage: A new arrival in comparison to other styles, “LBV” production only began in the 1950s. This style can further be divided into two: those examples which are bottled “filtered”, and those which are “unfiltered”. Both of these will be slightly lighter and more approachable at a younger age than traditional Vintage Ports, but the filtered examples especially so, and both would normally be drinkable on release.

The unfiltered examples will generally offer more complexity and, in the best cases, can provide wines which are close in style to a normal Vintage Port, with the capacity to age in bottle but, on the flip side, with the approachability to be consumed much younger than Vintage Ports. This is due to the extra time, normally four to six years, which LBVs have spent in barrel before bottling, which accelerates the maturation of the wine. Unfiltered LBV Ports should be decanted and enjoyed alongside your Christmas cheese board, and will have more richness, dark fruit and depth of flavour than the Ruby style.

Crusted Port: Perhaps the least-known style of Port, Crusted is particularly worth exploring for those who are looking for the richer, fuller-bodied style of a Vintage Port but on a more sensible budget. This style is a blend of wines from across different vintages, bottled without any filtration (hence throwing a sediment in bottle that gives the style its name) and capable of maturing for years in bottle. Crusted Ports, because of the system of blending, have an extremely diverse flavour profile that is more associated with a particular house’s style than with the characteristics of any one harvest.

Although Crusted Port will improve with age in bottle, many blenders look to create a wine that will be approachable at an earlier stage than Vintage Ports, and hold back their bottled Crusted Port for longer than the required minimum of three years before releasing them when they are ready to be enjoyed by the consumer. As such, if you’re looking for an insight into the richer style of Vintage Port but without breaking the bank, then this is the option to go for. It’s worth noting that the date on the bottle of a Crusted Port refers to the date that the multiple vintage wines were blended together and bottled, so a 2004 Crusted Port that you buy today has already spent 12 years ageing in bottle. These wines will throw sediment, so decant them before serving, and will be more complex with darker, more developed fruit flavours. 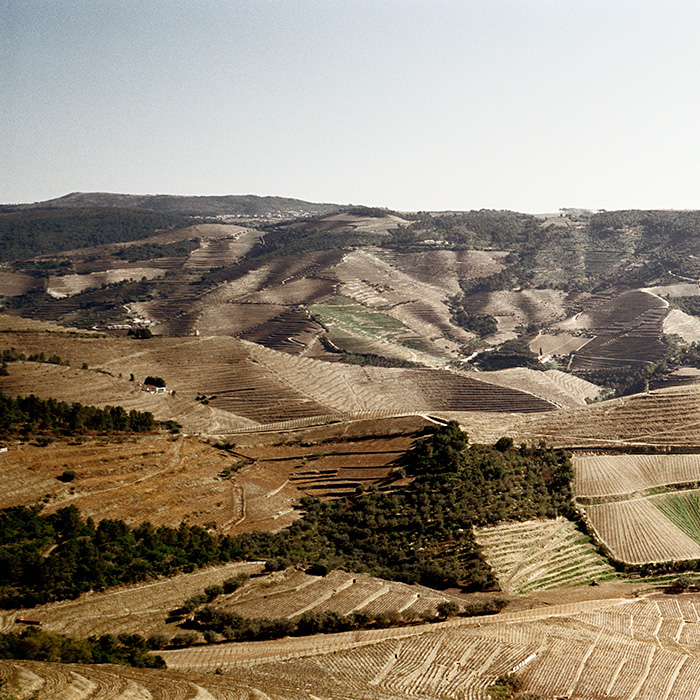 Vintage Port: Doubtless the top of the pyramid in terms of reputation, the best Vintage Ports are amongst the longest lived and most complex wines in the world. Unlike most light wine styles, a Vintage Port will not be made in anything close to every year, with Three or four widely declared vintages normally occurring each decade. Wines will be made from very carefully selected grapes that come in after a fantastic growing season, and the grapes will be very well-worked before and during fermentation in order to produce a wine that has a huge amount of body and tannin. A producer will only declare a Vintage after monitoring this wine for up to two years following the harvest, and it must be bottled and approved by the regional wine institute within two years of the harvest in order to be released as Vintage.

Vintage Ports may be astonishingly rich, but they do require extensive bottle-ageing. With patience and time in the cellar, these decadent wines can accompany you for life; if you’re opening any on Christmas Day, make sure it has plenty of bottle age, decant it and then enjoy long into the evening beside the fire. It is worth noting that if a particular harvest doesn’t produce wines across the board that are good enough to be declared as Vintage, but a single vineyard from which a house sources grapes (or quinta) does, then many houses will now declare “Single Quinta” Vintage Ports, which are subject to the same stringent terms of classification as Vintage Port but often offer better value and slightly earlier drinking.

Tawny Port: Whereas the styles we have examined so far have all concerned ageing wines for a short period in barrel before a longer period in bottle, Tawny Port is the exact reverse of this and, as such, offers something completely different stylistically. It is a complementary partner to Vintage Port at the top of the region’s qualitative pinnacle.

Wines designated for Tawny Port are placed into much smaller barrels for many years, and it is the extensive ageing in wood that defines their phenomenal elegance, light colour and beautifully nutty and caramelised flavour. Tawnies are very rarely marked with a single year (and, if they are, these are called “Colheitas”), but rather wines from different vintages are blended together between barrels over time, and once bottled they are marked with an age statement (10, 20, 30 or 40 years) that is an approximate indication of how developed the flavour profile of the wine is.

If I must show my hand at this stage, personally I feel that these styles can be amongst the most intricate and interesting found anywhere in the Douro, boasting phenomenal elegance and chock full of enticing dried fruit, caramelised nut and chocolatey flavours that work perfectly with your Christmas chocolates or even pud. Serve your Tawny slightly chilled, and (if you can resist finishing the bottle), these wines can keep for a long time after opening since they’ve already gone through oxidation during their time in barrel. Christmas in a glass, all year round!

Browse our range of Port on bbr.com.