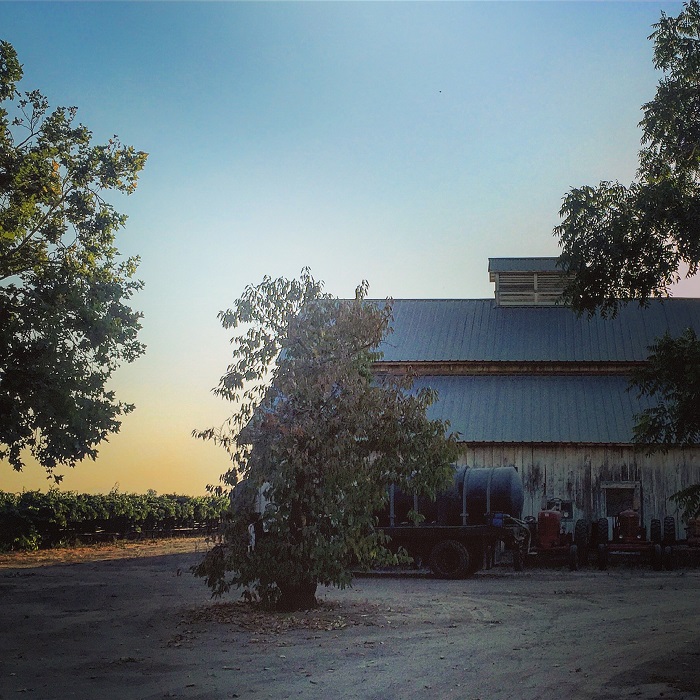 As Blog Editor Sophie Thorpe travels to California to collect our “Best Wine Industry Blog” award, she reports back from wine country.

I’ve spent the past few days loitering in Lodi, a little corner of the Central Valley that – until now – I knew very little about. Encounters with Californians that led me to reveal my destination resulted in a look of mild horror in most, or at the very least a raised eyebrow and quizzical look, assuming that it was English eccentricity taking me into the agricultural centre of not just California but the USA.

My knowledge of the area had been limited to the wines of Uvaggio, a great little producer whose deliciously juicy and moreish Barbera has become a midweek staple for me. The Central Valley is better known for producing vast quantities, and not much quality – being home to both Gallo and Mondavi’s Woodbridge winery (now under Constellation’s ownership). But it also has another side: a reputation for plots of old vines (particularly Zinfandel) and more unusual varieties that aren’t planted elsewhere. Visits with Bonny Doon and Birichino revealed that they were buying grapes from Lodi vineyards. One of the cult names for serious Zinfandel, Turley, produces single-vineyard wines in Lodi, with vineyards that date back to the late 19th and early 20th century (many of which were saved by the fashion for white Zinfandel).

But why the heck was I there? An adventure into the unknown? A pioneering spirit to see an alternative side of California’s otherwise quite glamorous industry? While I wish that was the case, it was really a little thing called the Wine Bloggers Conference, a collection of some 300 bibulous bloggers, ranging from enthusiasts to industry professionals, where we were receiving an award for Best Industry Blog. Lodi is about to get a lot of coverage, with everyone quite taken – if not by the current quality on offer – the potential that is slowly but surely being discovered.

There is an emphasis here on a humble representation of the region, its multigenerational heritage (even if some of them are farming on a truly industrial scale). As Mark Chandler, who was Executive Director of the Lodi Winegrape Commission for 20 years, said, in Lodi you have the chance to “meet the folks that work the land”.

But the folks these days are facing serious issues. Global warming is a threat, pushing up temperatures with record summer after record summer. Water poses a problem, as they are just coming out of a drought but still suffering from water shortages. Irrigation is almost required here and – as of 2015 – the pumping of groundwater is being regulated. Scientists at Stanford suggest that by 2040 the region will have seen a temperature increase of one degree Celsius, and estimate that Napa could lose half of all Pinot Noir and Cabernet Sauvignon grapes as a result. In Lodi it is already hot – temperatures over the weekend were reaching highs of 37 degrees Celsius, and only dipping as low as 15 at night.

Much of the progress in the region is thanks to the impressive Lodi Winegrape Commission, who are remarkably coordinated. The Lodi AVA (American Viticultural Area – the US appellation system) was granted in 1986 and the LWC campaigned for seven sub-AVAs to be created which have been featuring on labels since 2006 and their identities gradually being carved out. One of their most exciting projects is Lodi Rules – California’s first third-party certification for sustainability, for which they employed Steve Matthiasson, an extremely highly regarded viticultural consultant (and the man behind Matthiasson Vineyards).

While the song might say “Oh Lord, stuck in Lodi again”, the sentiment towards this spot is rightfully changing. Lodi’s Mediterranean varieties might just be the new Napa Cabernet.