On the table: The Barbary 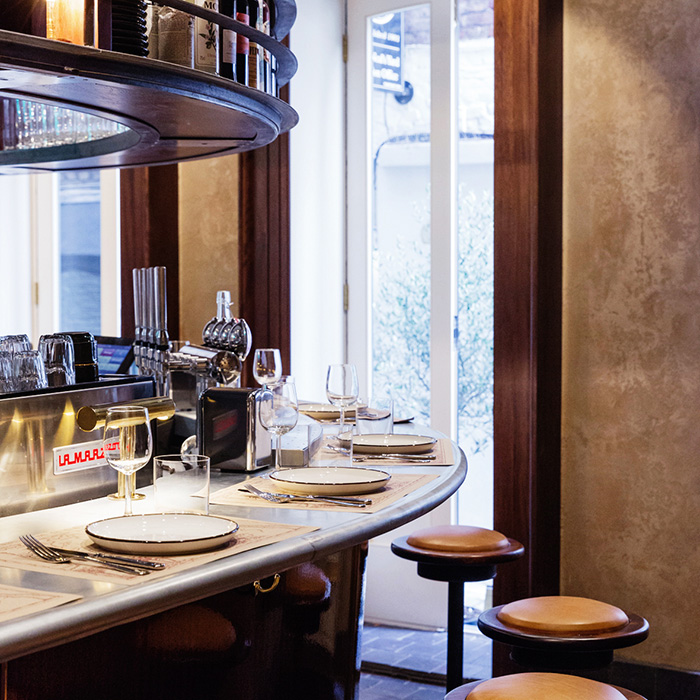 Continuing our search for London’s best eateries, this month we sent Jasper Drew to The Barbary in Neal’s Yard, the new sibling to Soho favourite, The Palomar.

Despite being educated to degree level in geography, I couldn’t quite place the location of the Barbary Coast. Perhaps the Regal Rogue Lively White Vermouth was working its magic rather too quickly? Ah, but what do geographers cherish more than colouring pencils? The answer lay beneath the other tasty Vermouth I ordered (Cocchi Americano Rosa – just to compare, obviously): a map of the coast in question. It showed the stretch where North Africa meets the Mediterranean; namely the shores of Morocco, Algeria, Tunisia and Libya.

Upon entering, I was struck by the gleaming horseshoe bar, as gleaming as the smiles of the staff. Some people don’t like sitting kitchen-side (particularly taller types whose legs are penned-in), but – despite being six-foot – I love it, particularly here where I could watch various meats sizzling on the barbecue. If you go on a date with a foodie, prepare for little conversation and lots of drooling. But seriously, it’s a great space, and the moody-library feel is beautiful. It was also a relief to hear ethnic music without it sounding corny – an achievement for a piped playlist.

Whenever bread is cooked on the premises, it’s a no-brainer, so I ordered the crater-pocked Naan e Barbari with some Baba Ganoush and Ezra’s Tabouleh. I think I’m pretty good at making tabbouleh, but Ezra got one over me, thickening hers with the addition of tahini.

When I saw they had a grill (“A-la-esh”), I had to try the Chicken Msachen – chicken cooked over hot coals is a taste to behold. This was unbelievably juicy, having bathed in a yoghurt marinade overnight. 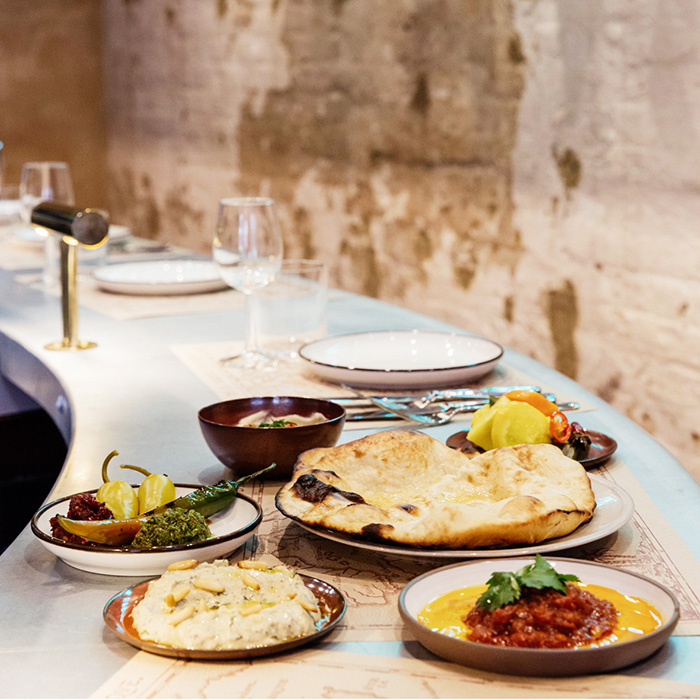 Pata Negra Neck is a favourite of mine at Jose Pizarro’s restaurants, so I was keen to see The Barbary’s take on it. This was the best dish of the evening – a prime cut of tender pig, which paired perfectly with the date syrup and lemon, much like bacon and maple syrup. The spicy Duck Hearts, meanwhile, were offset by a sweet, pickled radish.

We felt full and weren’t convinced by the dessert options, especially one featuring noodles and cheese, but Jen, our excellent waitress, told us to trust her and thank God we did. I love both cheese and dessert, so well done Chef Eyal Jagermann, for combining both these passions in one dish. Goats’ cheese and mozzarella were drizzled in honey before being fried in butter, and finished with a sprinkling of raspberries and pistachios from a great height; indeed all the way from “Heaven” (as the desserts are quite rightly labelled on the menu).

Much like at The Palomar, the staff make the experience – explaining the menu extremely well, they are friendly, chilled, funny; and chatty if you want them to be. Oh, and they even joined us for a farewell digestif (delicious homemade apple vodka).