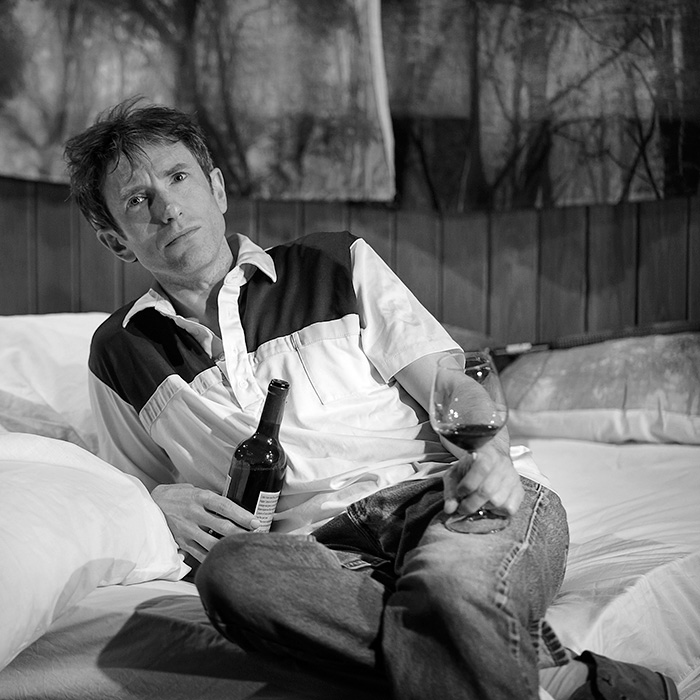 Rex Pickett brings the stage version of his wine-infused comic novel to London: can Sideways: the Play match the magic of the film? Will Lyons takes a glass of Merlot and finds out.

“If anyone orders Merlot, I’m leaving. I’m not drinking any ****ing Merlot.” As Miles utters these words in the latest stage version of the 2004 Oscar-winning film, I almost felt like letting out a small cheer. Whatever one thinks of this vinous tale, in which two middle-aged men – Miles and Jack – take a road trip through the vineyards of California’s Santa Ynez Valley, we have the author Rex Pickett to thank for giving the wine world perhaps the most memorable line of the last 20 years. Rather like Withnail & I’s “We’ve gone on holiday by mistake”, I suspect undergraduates up and down the country will be quoting Miles’s infamous Merlot line for many years to come.

Rex Pickett has spoken of his debt to the cult British film Withnail & I, admitting that he has seen it more than 12 times. So it feels appropriate that the story, which began life as a comic novel and then became a hugely popular film directed by Alexander Payne, is now playing to audiences in London, a city steeped in vinous history.

The play first opened in 2012 at the Ruskin Group Theatre Company in Santa Monica. Back then the dream was always to bring it to Europe, so how does David Grindley’s production – which has just started a six-week run at the St James Theatre – fare? The basic premise will be familiar to those who know the film. Miles, played by Daniel Weyman, is a failed author and budding oenophile. Recently divorced from his wife, he goes on a wine tasting crawl with his best friend Jack (Simon Harrison) soon to be married but keen not to let that small detail get in the way of having a good time. Although wine is the backdrop, this is essentially a buddy story about two deeply opposing personalities who are having their own mid-life crises. Along the way they meet Maya (Ellie Piercy), a waitress at one of Miles’s favourite restaurants, The Hitching Post, and Terra (Beth Cordingly), a pourer at a local winery.

Weyman, Harrison, Cordingly and Piercy are superb, bringing enough energy and on-stage chemistry to their performances to make the first hour fly by. In no time the first act has ended and we’re back in the bar sipping Merlot. The scene where Miles and Maya devour two bottles of 1990 Richebourg will have wine lovers salivating as they convincingly impart the pleasure of drinking such a glorious wine. (In the name of full disclosure, I should add that I spent an evening with the cast showing them how to taste like a professional, or at least how to look like one.) There are also some genuinely funny lines and a heart-warming moment when both men admit their failings.

But it’s not without its flaws, this theatre-goer winced at some of the misogynist dialogue between Miles and Jack and the set (although I understand the limitations) simply doesn’t convey the sheer beauty and lush backdrop of wine country. But these are minor quibbles in an otherwise witty, fast-paced evening of vinous fun. Go and see it – and don’t forget to order your glass of Merlot at the bar.

Sideways: the Play runs at the St James Theatre, London until 9th July.