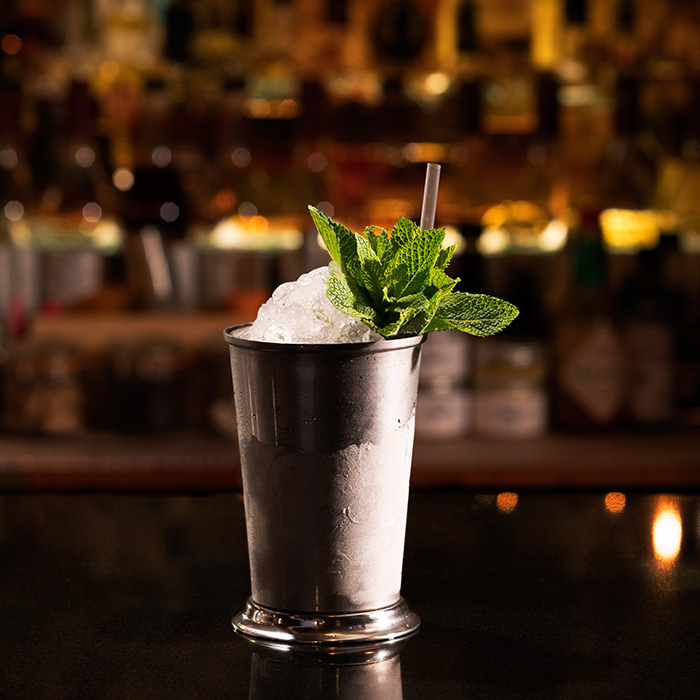 While a classic G&T never fails, sometimes there is call for something with a little more pizzazz. In the first of our series of summer serves, Amanda Baxter gives the julep a ginger twist.

A very basic combination of spirit, water, sugar and mint, the term “julep” – also known as a mint sling or smash – has written mentions as early as 900AD, though not as a cocktail, but referring to medicine. Julep originates from the Arabic “Julap” or “Julepe” meaning rosewater, often used to sweeten drinks.

Its rise to fame as a cocktail coincides with the arrival of commercially available ice, to which bruised mint, sugar and alcohol was added, with a straw to drink from. This was the ultimate cooler on a hot day and is often associated with the Kentucky Derby, although many areas of the American south claim to have concocted it first. A julep would originally have been made with Cognac, however, after phylloxera wiped out many vineyards in the 1850s, there was a move to use whisky instead, and – being an American creation – this meant Bourbon or rye. The drink dilutes and evolves over time as the drinker sips; perfect for long summer evenings.

The delightful simplicity of our version is that it doesn’t need any additional sugar, The King’s Ginger is already sweet enough!