A libation to Shakespeare 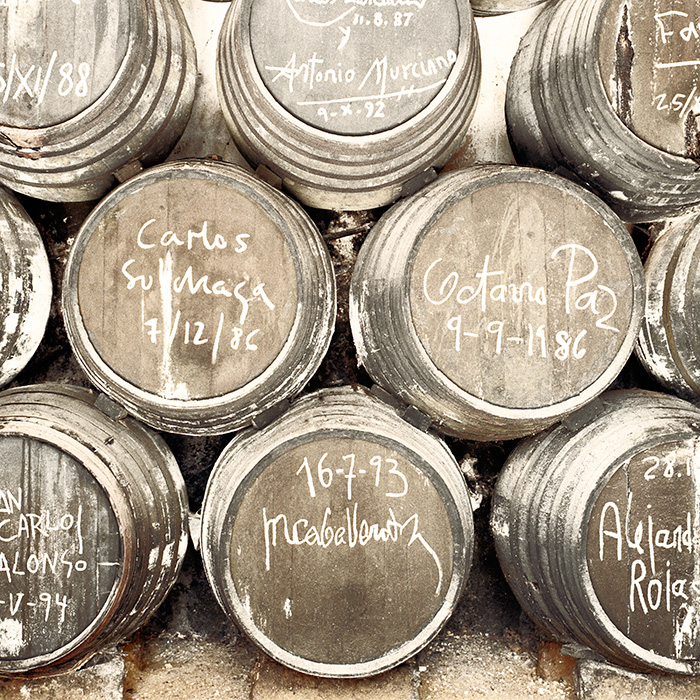 As we prepare to drink a toast, and to pour a small libation, to the Bard’s 400th anniversary this weekend, we’ve been musing (sorry…) about two of our favourite subjects, wine and Shakespeare.

Looking at what was being drunk in his day, two things stand out. For one, the swift answer is “a lot”. For another, that tastes haven’t changed so much as expanded.

The first is understandable: water wasn’t safe, and you needed something to enjoy as well as the weak beer, with enough alcohol to kill the bugs, which was drunk from breakfast onwards. Happily, in 1154 the redoubtable Eleanor of Aquitaine became our queen, bringing with her lands that included Bordeaux.

You could say we took to it – but even so, it is startling (if not sobering) that for his wedding some 150 years later Edward II ordered 1,000 tonneaux of Claret from Bordeaux – that’s 1,152,000 bottles in modern terms.

While the English were distracted by the Wars of the Roses, the French managed to regain the vineyards. The loss rankled, even in Shakespeare’s day, generations later. A theatregoer in 1592 reported that the audience shed copious tears at the affecting death of Talbot (Henry VI Part 2). So would we have done: the defeated knight had just lost us Bordeaux.

Despite this, England still imported vast amounts of Claret – it’s amazing that we only recently exceeded the 16th-century annual total, though the population has grown 10-fold.

No wonder that references to wine, even in passing, abound in the plays. But the playwright puts the longest paean of praise into the mouth of his “fat knight”, Sir John Falstaff – undoubtedly the finest brand ambassador for “sherris sack” (Sherry) of his, or any other, age. But Falstaff’s claim that his favourite wine gave him “excellent wit” and that “valour comes of sherris”, never mind that he would advise his sons to “addict themselves to sack”, would certainly be vetoed by today’s advertising watchdogs.

Scholars sniff that the historical original of Falstaff, a certain Sir John Oldcastle, flourished well before “sherris” was there to be enjoyed. Never mind: Shakespeare wrote about what he knew, and there was plenty of Sherry in the London taverns of the 1590s. Doll Tearsheet, Falstaff’s close friend, was more accurate, historically, when she accused the fat knight of “having a whole merchant’s venture of Bordeaux in him”. (She probably overdid it a bit: a ship’s cargo of Claret would have been beyond even Sir John’s capacity.)

If Sherry was well served by Falstaff, Malmsey, another “sack” (the word signified any such sweet, fortified wine that warmed the English winter) found its champion in the Duke of Clarence. He is to be murdered by his brother, the wicked Richard of Gloucester in Richard III. The two murderers, wonderfully camp early-period Shakespeare mechanicals, decide that the way to fulfil their contract (Richard is paying) is to drown poor Clarence “in the Malmsey-butt, within”.

Shakespeare didn’t invent this, by the way: the historical Clarence does seem to have been more than fond of Malmsey, and one near-contemporary chronicle says that he chose to die this way.

Both Sherry and Malmsey are imported to this day. (The authors would rather not tell you how glorious a good Oloroso or Madeira can be: they are ridiculously good value for what they are, thanks to being currently somewhat unfashionable.)

But our favourite vinous reference comes from Henry V, at the end of which France has been defeated (“Once more unto the breach dear friends…”) and the land laid waste. At the French court, one duke makes an impassioned plea for peace, in which he describes the suffering countryside – and mentions vines (“the merry cheerer of the heart”) and vineyards twice before he gets round to the plight of the wives and children. But then, he is the Duke of Burgundy.