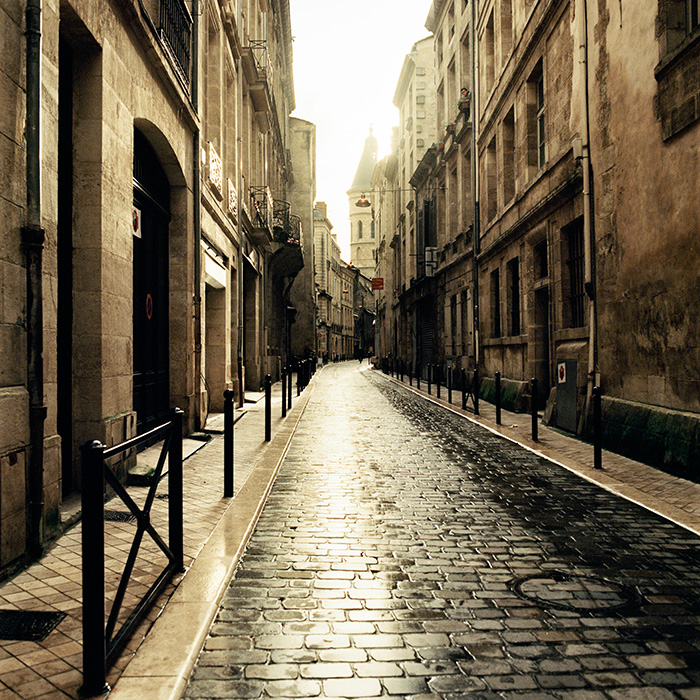 Dan Jago has recently returned (just about in one piece) from his tasting trip to Bordeaux. From his vinous highlights to the “enormous fun and very hard work” of a Berry Bros. & Rudd trip, here he gives his insights into tasting 2015.

When I climbed aboard the Berry Bros. & Rudd minibus to make my debut as part of our en primeur tasting team, I knew I was in for quite a ride. Not only did our crew have a combined tally of about of 50 years’ “EP” experience (with banter levels to match), but these guys live and breathe Bordeaux; quite simply, there’s no better way to take in the region.

Although I’d visited Bordeaux before on a couple of occasions, including tasting the odd bit of en primeur, I wasn’t quite sure what to expect from the full campaign. I’d envisaged a horse and pony show, like large trade fairs, where everyone shuffles through, nods, tastes the wine and moves on. It’s not like that. Not at all. The silver had been buffed, the freshest flowers had been cut, best bib-and-tucker was on display, and it was meticulously organised. When some of the most beautiful properties in the world put on a show, and the romance of the place is being flaunted as much as the wines, it’s hard not to be left breathless.

But while the Bordelais excel in wearing wealth comfortably on their sleeves (and, in fact, most of those sleeves were made in Savile Row rather than Paris), it was clear that there is far more to Bordeaux than a polished exterior – or at least as far as we were concerned. Wherever our van pulled up, often alongside rather more impressive modes of transport (a large Rolls Royce Phantom to name but one), we were greeted by a current of affection, respect and friendship that comes from many, many years of doing business here. And it wasn’t because I was there: most of them didn’t have a clue who I was. It was rather thrilling to see first-hand the high regard in which Berry Bros. & Rudd is held.

There is a rather special difference in the way we are able to approach en primeur versus many other buyers – perhaps it’s more obvious as a newcomer. Many companies were there tasting and judging on the basis of the samples they were shown, and they simply needed the price to be as fair as possible in order to make their margin and sell it on. Their access is entirely dependent on how much they’ve bought in the past and whether they’ve bought last year’s allocation in full.

Access to the châteaux themselves is different – anyone can buy from négociants – but it’s the ability to have a proper conversation with the château owner that marks a difference between us and most others I think. For our team, Bordeaux is about meeting the expectations and needs of a very broad base of customers – yes, we tasted the wines, but we also spent a huge amount of time talking to the owners of the châteaux, to the producers and the winemakers, gauging the degree of confidence they have in their wines versus the last 20 or 30 vintages.

I think the word that runs through all of this is integrity; we are a company with more than 300 years’ history, and around a hundred years of doing this type of trade. Throughout this time the principle guiding us has remained the same: you don’t offer something to customers unless you believe in it. And you make sure that the recommendations you make, which when you do make them are made with lots of enthusiasm, are based upon what we truly believe. 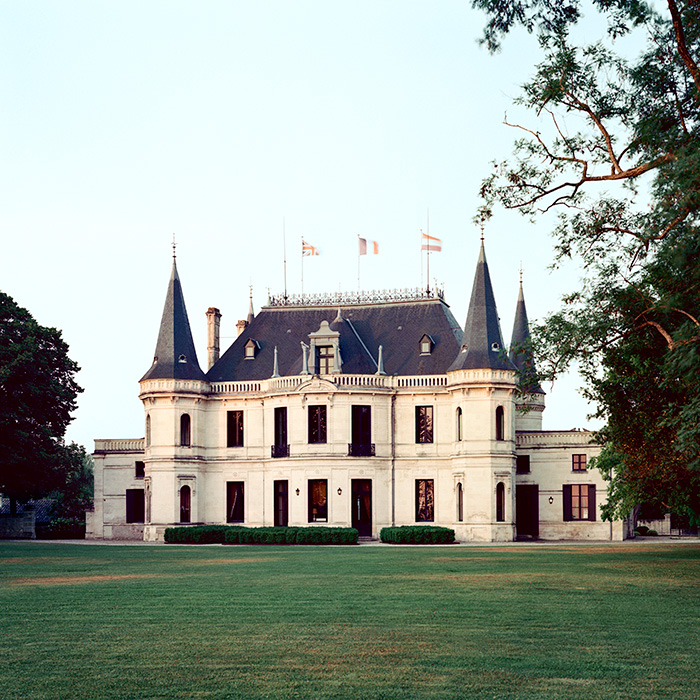 So, what about the wines? I was impressed by so much. Equally, there were a number of wines that completely underwhelmed me. A personal highlight had to be Ch. Palmer: I loved everything about it. To me it’s always been one of those magical wines that you don’t get to drink very often, but, having met the winemakers, and talked to them about their wine, you really experience their passion, and understand their pride, and sense their ambition to be regarded on the same level as the First Growths. It’s intoxicating and wonderful to see.

In fact, we were lucky enough to be invited for dinner at Ch. Palmer, where, instead of Claret, they served six wines blind from the Rhône. They’re so confident in their wines that they don’t feel the need to continually show them off and sell them. It was very much a case of, “You’re Berry Bros. & Rudd, you know our wines, what we want to do is have fun with you.” This kind of thing happened all over the place.

I also loved Ch. les Carmes Haut-Brion – it’s got this wonderful new winery which hasn’t yet been officially launched, designed by Philippe Starck, at the bottom of the garden. The wines are unbelievably delicious, and it is completely unknown other than by people in the trade: this is one of the stars of the future. I loved some of the obvious stuff like Ch. Pichon-Baron. I also got incredibly excited by Ch. Rauzan-Ségla (it was a brilliant vintage in Margaux), Ch. d’Issan and Ch. Calon Ségur, with Calon edging it as my favourite of the three.

In character, these are not shy and retiring light wines: these are incredibly intense, beautiful, fragrant wines with wonderful tannins – quality that’s especially in this year’s star producers. In fact, it feels to me very much like a producers’ vintage, a bit like Burgundy where you back the best winemaker rather than backing the region or the vintage. For me, I think that with 2015 if you choose well (dare I say it, choose according to the suggestions we make) then you’ll be buying not just good wines, but great wines. My bet is that these are the wines that in 10, 15 or 20 years you’ll be looking back on and thinking, “I did really well to buy those.”

If we can end up in a position that you buy two cases of something that you’ve fallen in love with, and that in 10 or 15 years you’re able to sell one of them to cover the cost of the other, then that for me is the complete primeur purpose. You owned the wines from the moment they were born; you know where they’ve been; you know that they’re your wines and that they haven’t been around the world and been traded half a dozen times by different merchants – they have perfect provenance.

Overall, I was delighted that the wines were as exciting as they were. While, as prices are released, we’ll doubtless find that some will simply be too expensive for normal pockets, I think there is a thread of incredibly thrilling wines – a bit like great art, or terrific music – that you just want to own. Personally, I’d put something like Ch. Haut-Bailly on that list: almost at whatever price I want to have a case of that in my cellar because it’s magnificent Bordeaux. And at its best, that’s hard to beat.

For more information on Bordeaux 2015, including prices as they are released, go to bbr.com.