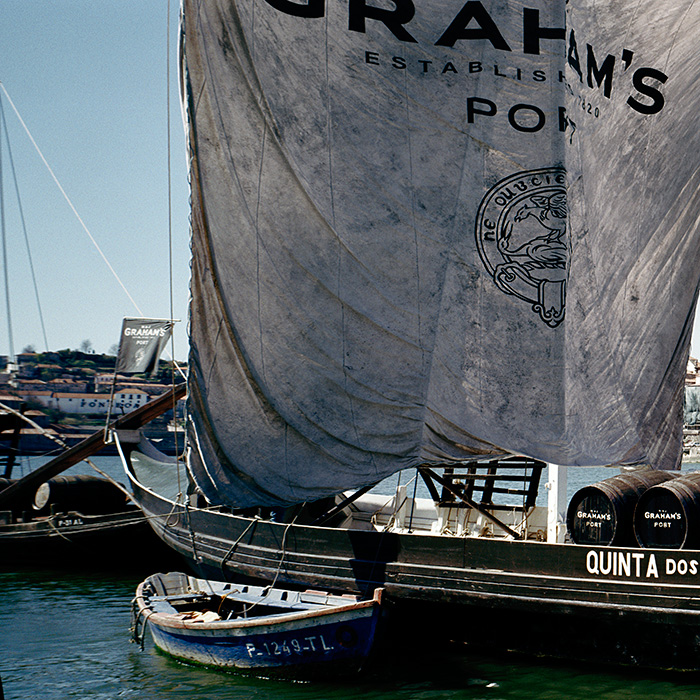 As we offer a very special Tawny Port to celebrate the Queen’s 90th birthday, we republish an article from the Autumn 1956 edition of our Number Three magazine focusing on this most English of wines.

Port is probably the only drink to owe its character entirely to international co-operation. Even that other famous fortified wine, Sherry, though greatly influenced in its development by foreign demand, has never been so exclusively an export product. Port is the fruit of long-standing Anglo-Portuguese friendship, the Latin partner providing the right soil and climate for making the wine, the Anglo-Saxon the commercial initiative for its production and the ideal setting for its enjoyment. One Portuguese authority has said of Port that it “repudiates the land of its birth”, because its charms reveal themselves so much more readily under our northern British skies than in the sultrier climate of its origin – or, indeed, anywhere else in the world.

By the Anglo-Portuguese Treaties of 1914 and 1916, only wine from a demarcated region along the River Douro and its tributaries in Northern Portugal can legally be called “Port”. Present-day production of this wine is closely controlled and carefully regulated, but much trial and error went into the development of Port as we now know it. For many centuries, probably as far back as the 14th, Portuguese wine was shipped to England, but as a “natural” wine in which fermentation was allowed to continue until it ceased of its own accord. Since this process was fast and furious in Portugal’s hot summers, the result was a wine lacking in sugar that found little favour in this country until brandy began to be added at the end of the 17th century and during the Napoleonic Wars, combined with the taste for Portuguese wine acquired by British troops who went to fight in the Peninsula.

At first, brandy was added simply to fortify the wine for its journey to England; more knowledge fo the process of fermentation was needed before shippers realised that adding brandy actually checked the conversion of sugar into alcohol, and that in this way the degree of sweetness could be precisely controlled. Today the fortifying of the wine during fermentation, and again at the Shippers’ Lodges in Oporto, is a highly skilled operation that largely determines the character of each particular type of Port.

The rocky hillsides and schistous soil of the Douro region provide the vine with the kind of conditions it likes – and the grower with a cycle of heavy manual work and many problems of cultivation. At harvest time the pickers arrive, the women to gather the grapes, and the men to carry the harvest in large wicker baskets to the lagar (or stone vat) where the pressing is done, still largely by treading. The juice is allowed to ferment for two to four days until the required balance of sugar and alcohol has been achieved. Then fermentation is stopped by the addition of local wine brandy, and the first stage of making the wine is completed.

The wine stays in the hills throughout the winter and is taken in the spring to the large, airy Lodges in Vila Nova de Gaia, across the river from Oporto. Here vast stocks of old wine are kept to be drawn upon by the blenders as they set to work tasting the new vintage and “marrying” it with the wines of different ages and colours to conform to each firm’s standard marks. 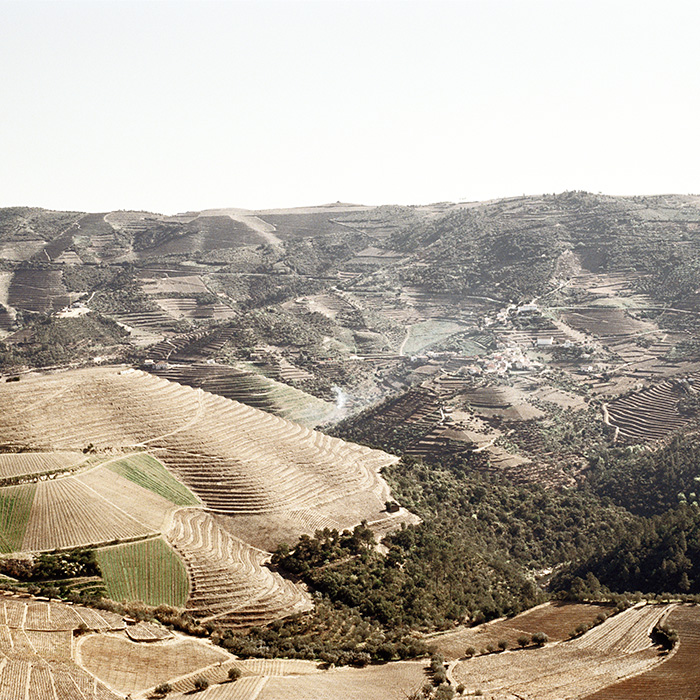 The art of the blender enters particularly into the making of Wood or Tawny Port, which is to mature in cask. The clear distinction that exists between Wood and Vintage wine is unique to Port. Whereas Vintage Port leaves the cask after two years or so to mature in bottle, Wood Port passes nearly all its life in cask and is bottle only when ready for drinking. Port matured in the wood changes its colour over the years from the original rich purple to ruby, then to a much browner shade – hence the term “Tawny” Port. For a wine to attain this colour naturally, however, takes a very long time, and much so-called Tawny Port sold today is produced by blending Red and White Port. Late Bottled or Crusted Port represents a half-way stage between Wood and Vintage, being normally a late-bottled wine of a good year which has been allowed to attain full maturity in bottle.

In a year when the wine seems to possess outstanding qualities calling for no reinforcement by older wines, a portion is set aside to be marketed as Vintage Port. There is normally still some blending between the various wines of the same year, but the product of certain vineyards is kept separate to be sold as “single Quinta” Port. It has always been the practice to keep Vintage Port in cask at Oporto for two (or sometimes three) years and then ship it to this country for bottling. The last war caused a temporary break with tradition in that the Oporto Shippers were obliged to bottle their own Vintage Port – without damage, as it turned out, to the wine’s traditional character – but the normal practice of bottling in Britain was resumed with the 1947 vintage. In the more confined space of the bottle, the wine’s development is much slower than in cask, and it is not ready to drink for at least 10 years and may not be at its best for many more years.

Individual shippers, of course, select different Vintages, since even in what is generally considered a poor year some growers may produce excellent wine. There has been a good deal of debate in the trade as to whether it is politic for a series of consecutive vintages to be shipped, on the ground that this may confuse the public and make Port difficult to sell. Our own view is that the wine should be shipped on its merits, not by the calendar, and that differences between one Shipper’s choice and another’s are more likely to stimulate discussion and arouse interest in Port than to discourage sales. Some discussion of recent vintages, together with recommendations from our present stocks of Port will be found on pages 15-16.

Two world wars and changing social patterns, with the lamented passing of a more leisured way of life, have tended to oust this majestic wine from the place of honour it held in the households of Victorian and Edwardian England. But Port is still known as “the Englishman’s wine”, and it would be a great loss to our heritage of good living if the wine that Professor Saintsbury described as being “in pre-established harmony with the best English character” were to be rated at less than its true worth by the post-war generation.

Find out more about Graham’s 90 here.