Sulphur: the enemy of terroir? Yea 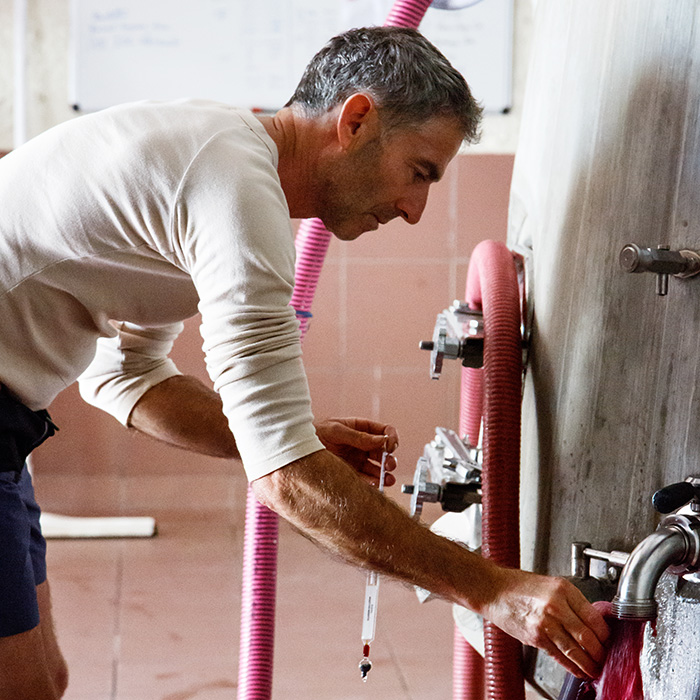 Playing devil’s advocate, Chris Lamb responds to yesterday’s article, arguing that the use of sulphur is not only dangerous, but that it conceals a wine’s true identity.

Sulphur dioxide: a toxic colourless gas, pungent, corrosive, allergen, irritating, suffocating, leads to acid rain, and was allegedly used by Napoleon’s forces for gas chambers in 19th century Haiti. It doesn’t sound like something you want in your wine.

Sulphur dioxide has many sub-forms, but is more commonly known by its molecular formula, SO2. It has been used in winemaking since Roman times, but why is it regarded as one of the most important additives for the modern-day producer?

Starting in the vineyard, sulphur can be sprayed on vines to help combat powdery mildew. SO2 is often added before fermentation to kill bacteria found on the grape skins; during fermentation (mainly of sweet wines) to stop yeasts fermenting and retain residual sugar; and after fermentation to prevent oxidation and remove any remaining bacteria or yeasts in the wine.

Despite its various uses, sulphur can create issues in the vineyard and the winery. For example, dusting sulphur on the vines can lead to excess soil acidity, lowering pH, and ultimately inhibiting growth of the vine roots.

Even small additions of SO2 prior to fermentation – commonly at crushing to protect against oxygen – have been known to encourage the extraction of proteins. This has a particularly negative impact for white wines, which will then require greater quantities of bentonite to remove the proteins, which will in turn remove important flavour compounds.

A perennial problem with the presence of SO2 in the must (or the addition of it during alcoholic fermentation) is the formation of volatile sulphur compounds (VSCs) which are formed in the absence of oxygen through yeast and sulphur metabolism. Hydrogen sulphide (H2S) and mercaptans are the most common compounds which are responsible for off aromas, and can destroy the organoleptic quality of a wine in miniscule quantities, being detectable at levels as low as one to two mg/l.

The continued use of SO2 has raised many eyebrows and it is certainly the most controversial component used in oenology, posing a serious health concern. Employees who handle the substance must take great care. Short-term exposure from five to 25 minutes at a rate beyond five ppm can lead to respiratory problems including bronchoconstriction and increased asthma symptoms.

Additions of SO2 in winemaking are strictly legislated: measured by parts per million or milligrams per litre, maximum levels vary from 350ppm in the US to 160ppm for red wines in the EU. In low concentrations, SO2 is mostly undetectable in wine, but over 50 ppm, it becomes evident in the smell and taste of a wine. Many would argue that wine should express a sense of place, with the winemaker providing minimal intervention between the natural growing environment, the terroir and what ends up in the bottle. The use of SO2 ultimately detracts from this.

Nowadays winemakers are less heavy-handed with their use of the substance, especially with a trend among consumers to look for ‘natural’ wines. However, due to the many adaptable qualities of the substance, there is a risk of producers relying upon it as a “back-up” to mask poor fruit quality or winemaking.

No wines are completely free of SO2 as tiny quantities are released as a by-product during fermentation; yet there are practices that can be made to ensure its additional use is kept to a minimum.

While SO2 most certainly has its benefits, many of these guard against revealing flaws in the fruit or winemaking. Commencing with healthy fruit in the vineyard, rigorously working in the cleanest environment possible and avoiding oxygenation will remove the requirement to tarnish an expression of their terroir with such a potent chemical compound.

2 Responses to “Sulphur: the enemy of terroir? Yea”