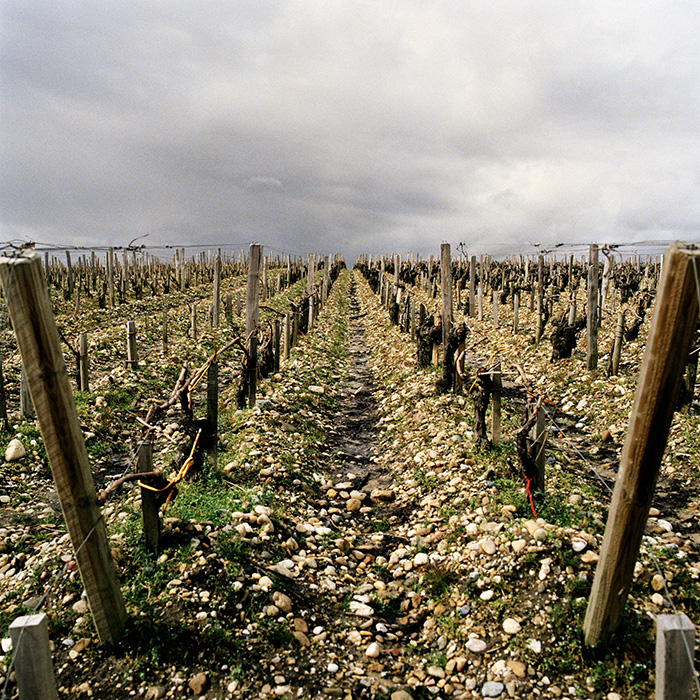 In an extract from our Wine School’s introductory book, Exploring & Tasting Wine, we explain why Cabernet Sauvignon flourishes on Bordeaux’s Left Bank, producing some of the world’s finest and most long-lived wines.

Cabernet Sauvignon rose to international wine stardom thanks to an almost perfect CV. Its referees include the Bordeaux châteaux everyone on the planet with a corkscrew has heard of: Ch. Lafite, Ch. Latour, Ch. Margaux. As the wine world became global in the late 20th century, any winemaker with ambition wanted to match these French greats, to conjure up the Napa Valley’s, or wherever’s, riposte to the great Clarets of the Left Bank’s Médoc and Graves districts.

Those eager New World pioneers were, and are, in luck: the Cabernet Sauvignon grape is adaptable. Given a reasonably warm climate, it can and does flourish from Bulgaria to Chile. Compare and contrast the frustrating time Burgundy-lovers have in coaxing Pinot Noir to grow outside its native heath.

Despite its worldwide spread, no-one and nowhere has really matched the Bordeaux prototypes. Excellent and enticing bottles of Cabernet Sauvignon flow from California, Australia, Chile and a dozen other places; but most wine-lovers agree that they never quite topple the stars of the Médoc and Graves.

Cabernet Sauvignon came quite late to the Médoc. It emerged by accident, but once they’d discovered it, the Bordeaux châteaux realised that it suited their terroir – and, more important, their pattern of business. For the Médoc invented the idea of long-lived wine (OK, the Romans had a stab at it, too…); wine that spends its infancy in oak casks and grows to maturity in bottle.

Cabernet has the tannins, the structure, the interesting flavours to suit this process. Result: wine that needs time, that does not have to be sold as soon as it is made.

Today’s Clarets from the Médoc and Graves are dominated by Cabernet Sauvignon. The more illustrious, the bigger the proportion: it rises to 75 per cent at Latour. There are many ranks of Bordeaux wine estates: down at the base of the pyramid among the petits châteaux, even in the Médoc, Merlot takes first place.

The terroir at the top Médoc estates has been studied intensely, down to and including the drains. Gravel is the key to success here. It forms the gentle – sometimes almost imperceptible – slopes and dunes that stud the otherwise flat landscape. Glance at any map of the Médoc and you’ll note that where the blue lines of the streams are, the vines are not. The streams are really drainage channels, for the landscape between the gravel hillocks would be tidal marshland were it not for the engineers of three centuries. The best gravel banks are those highest and nearest to the Gironde estuary. Here, the drainage is best: Cabernet Sauvignon needs a well-drained site and gravel provides it. (Merlot will cope with damper feet.)

Of the five top châteaux – the First Growths – three ‘look at the river’ from Pauillac’s gravel; Ch. Haut-Brion occupies a superb bank of gravel in the Graves district (the clue is in the name), and Ch. Margaux too sits atop a low but definite gravel rise. At all five the gravel is remarkably similar, with large stones on the surface that reflect the sun upwards onto the ripening grapes.

Find out more about Bordeaux on bbr.com.