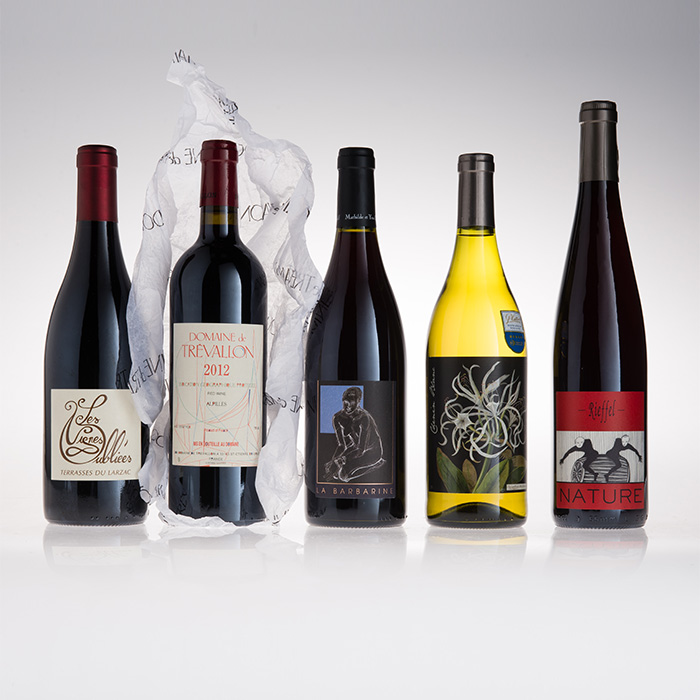 As iconic British designer Sir Paul Smith turns his hand to our Good Ordinary Claret and Good Ordinary White, we compile a short-list of bottles that hold serious table appeal. From buxom beauties to sinister twins and simple fonts, these labels are sure to turn heads.

Everyone knows you should never judge a book by its cover, nor buy a wine based on its label, but even we admit that there are occasions on which the bottle matters almost as much as the liquid inside. Whether for a dinner party or date, there are those moments when a wine should impress; when a wine should stand proudly, hands on hips, shoulders square, wearing its label with pride; even those times when a wine label should be the cause of conversation.

It’s impossible to talk labels without mentioning Ch. Mouton Rothschild – the first producer to start bottling and labelling all their own wines in 1924, originally as defence against forgery (before this point they were shipped in barrel, then bottled and labelled by merchants). The first label was designed by Jean Carlu, a cubist artist, as a one-off. In 1945 Baron Philippe Rothschild commissioned Philippe Jullian to design a label in honour of the Allied victory, bearing the iconic ‘V’. From then on, an artist was asked to create a unique piece of art for the label every year. The roster so far includes Chagall, Picasso, Dalí, Koons and many more. Of course, the labels and the wines are collectors’ items, with prices to match.

With the view that one shouldn’t drink Mouton every day, we’ve put together a short-list of wines that both look and taste outrageously good.

Of course, these are just five of our favourites; you can browse a larger selection of equally attractive bottles on bbr.com.

One Response to “Bottles with table appeal”