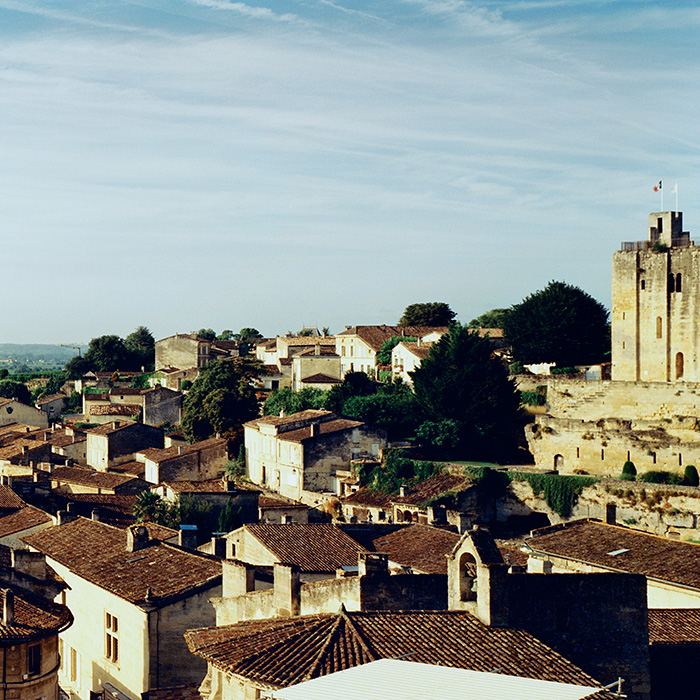 Enraged by a band of Bordeaux-bashers, Guy Davies declares his love for the most famous and historic of wine regions, one that he believes offers surprising value and ultimate satisfaction.

People are often surprised when I tell them that Bordeaux is one of the best-value wine regions on earth. This flies in the face of a lot of what we read in the media, and also contrasts with what I regularly hear from customers, so I often find myself arguing the case.

First, it’s important to grasp the enormous scale of the Bordeaux wine industry, with more than 7,000 different châteaux producing about 900 million bottles a year between them. That’s a pretty similar output to that of the whole of Australia – enough to make Bordeaux, if it were an independent country, one of the world’s major wine-producing nations all by itself. Indeed, there are really a huge number of different Bordeaux, ranging everywhere from the top to the bottom of the market, rather than one homogenous product. We often see and hear a lot about the pricing of Bordeaux in general, but what the critics are really referring to is a handful of producers, and a mere drop in the ocean of wine that comes from the region as a whole.

Part of what inspired me to write this was finding myself recently in a group of fellow young(ish) wine enthusiasts, and hearing that many of them thought of Bordeaux not only as overpriced, but as stuffy and old-fashioned – not something that they buy at all. I can’t help feeling that they’re missing out on something wonderful. In the UK at least, Bordeaux is the most traditional of all wine and perhaps has an association with older generations, formal dinners and evening dress. Perhaps that is a factor here. However, Bordeaux’s twin in terms of such associations is Burgundy, which the group that scorned Bordeaux had no qualms about. The negative press on Bordeaux pricing probably contributes to this difference, but I think there’s also something more.

As in restaurants there has been a trend away from white tablecloths and sommeliers with bow ties, towards recycled furniture and bearded mixologists in jeans and t-shirts, so the fashion in wine moves away from the old, and looks to the new and the different. Napoleonic inheritance practices in Burgundy have ensured that land holdings are split amongst a hugely complicated and ever-changing network of often intertwining families, with names old and new constantly emerging and shining brightly or fading. So while Burgundy too has been treasured for generations by the well-heeled, it continues to change more than Bordeaux does and, in the economic climate of the past decade, its image of rustic farmers owning a few rows of vines here and there – even behind the imposing stone walls of many a historic clos – is perhaps more appealing to the modern consumer than the aristocratic or corporate château-owners of the Médoc.

So Bordeaux now has a bit of a PR problem – which, luckily, can work to the advantage of those of us who, rather than trying to get rich from it, happen to think it’s absolutely delicious. Although I adore exploring wine from all over the world, so many of my favourite wine memories have been of perfect (and not always expensive) bottles of Claret. Something these bottles usually have in common is that they’ve been at a perfect stage of maturity – and here we come across what is perceived to be another barrier for Bordeaux: for the real magic, for the fireworks, we need patience while the wines age. However, partly because of the vast scale of production, already mature fine wine is in fact probably easier to buy from Bordeaux than just about anywhere else on the planet. Looking at our list currently, take for example the 1999 Ch. Potensac, at just under £20 per bottle by the case. For all the words I’ve written here, one bottle of this with a Sunday roast would make a far better case than I ever could that we can still get wonderful Claret for extremely fair prices. At perhaps slightly more of a ‘Tuesday evening in front of the TV’ sort of level, 2011 Ch. Cissac would do a similar job at £12.66 by the case. Or, if you do fancy laying something down for future enjoyment, the 2009 Ch. Lafon Rochet, at £31.25 per bottle in bond would compete for value with anything available elsewhere – a world-class wine from a magical vintage, and an example to show that Classed Growth Bordeaux from a legendary recent vintage can remain an excellent buy.

The fact that Bordeaux can not only produce these great reds at almost any price point, but also some magnificent (also often great-value) whites, as well as some of the most exhilarating sweet wines in the world, make this my favourite wine region and one that I feel people would be making a grave mistake in dismissing.

Explore our range of Bordeaux on bbr.com.