On the road in Burgundy 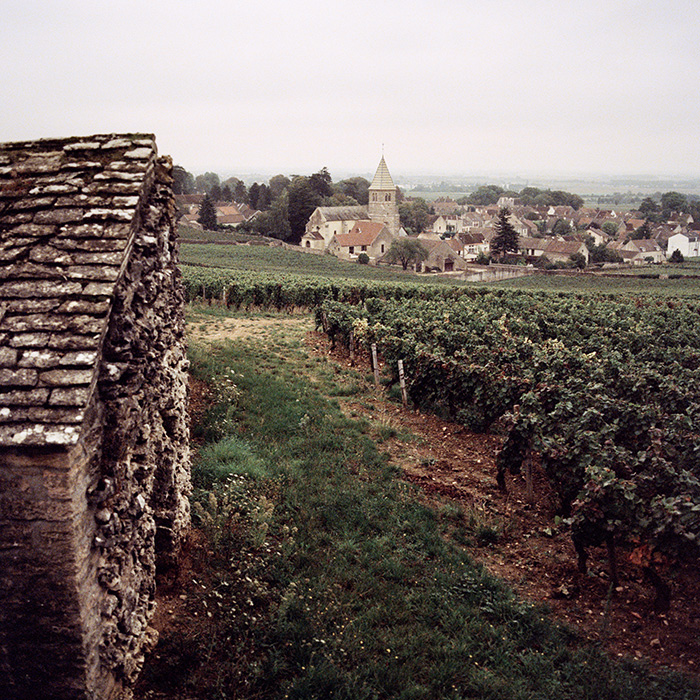 Will Heslop – Buying Assistant – recounts the trials, tribulations and triumphs of his quest to collect the precious samples for our Burgundy en primeur tasting.

The Burgundy en primeur offer is, for many of our customers, the highlight of the wine calendar: a first chance to become acquainted with a new vintage and to buy if the wines are up to scratch. It’s a source of excitement for Berry Bros. & Rudd staff too – nobody more so than me, primarily because this year and last I’ve been the lucky blighter designated to travel to Burgundy to collect samples the week prior to our en primeur tasting.

Reds and most whites are unbottled at this point, so samples are taken from cuve, and don’t have the chemical stability of the finished article. Collecting them just days in advance ensures the samples are in pristine condition come the tasting. The trip is also justified by the fact that all but a handful of the domaines visited are found within a slender stretch of vineyards a mere 50 kilometres in length: the Côte d’Or.

With this year’s tasting scheduled for Tuesday January 12th, I set off from Basingstoke on the preceding Wednesday, accompanied by my colleague Oli. Fun and fascinating though the experience had been in 2015, I was conscious that a heck of a lot could go wrong over the next four days and 2,500 kilometres. What if the van broke down or, worse still, we crashed it? What if the vignerons weren’t expecting us and turned us away with a Burgundian shrug? What if I so irritated Oli that he decided to abandon our quest and hitchhike home?

But the first day, which involved driving, driving and more driving, with a brief interlude in the Channel Tunnel and, for me, an introduction to the work of Jan Garbarek (Oli’s choice), passed without incident. We were spared the thick fog which, last year, made for a nail-biting final leg of our journey. We arrived in Beaune, cheerful and eager for a beer. Wine would follow, naturally.

Over the next two days, we were due to collect approximately 600 bottles (130 different wines; three to six bottles of each) from 43 producers. The first day, Thursday, includes the lion’s share of collections. Beginning at the northern tip of the Côte, Fixin, we would wind our way southward through Gevrey-Chambertin and Morey-St Denis, pausing for a picnic lunch at Vosne-Romanée, then continuing through the famous white wine villages of Meursault, St Aubin and Puligny-Montrachet. Our final port of call would be Domaine Moreau in Santenay. 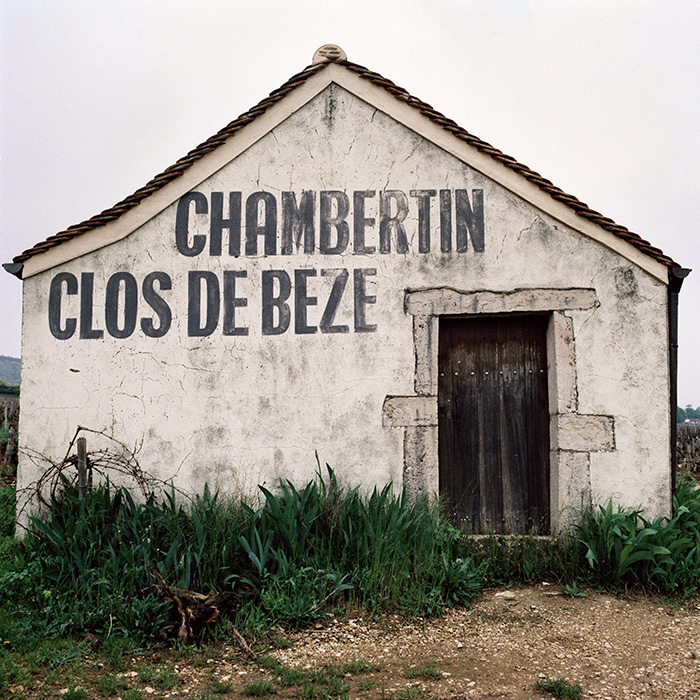 The Manoir de la Perrière, home of Domaine Joliet, looks down upon Fixin in forbidding fashion, particularly on a soggy winter’s morning. Parts of the property date from the Middle Ages, notably a Rapunzel-esque tower – a ghostly form appears at a barred window, look again and it’s gone. A front door which ought to have a portcullis above it leads to a large stone antechamber where a display of swords decorates one wall. Nonetheless, we were greeted warmly, not by Bénigne Joliet, but by his mother, wearing a fur stole and nightcap utterly in keeping with the surroundings.

Twelve bottles would not go far among some 200 customers and 30 journalists, but Oli and I congratulated each other on a solid start and pressed on to Domaine Rossignol-Trapet in Gevrey-Chambertin.

Despite heavy rain, the day progressed well, with fewer wrong turns than last year and numerous opportunities to chat briefly to the winemakers, their assistants and secretaries with whom I liaise frequently – about such thrilling matters as shipping and VAT – but rarely meet. They’re now quite accustomed to the annual passage of the Berry Bros. & Rudd van, but it does attract attention elsewhere: a young woman pulled up beside us in Morey-St Denis and asked if we might be hiring; in Meursault, we were tailed by a white car, its headlights flashing repeatedly in our wing mirrors. When it followed us down the narrow cul-de-sac which leads to Patrick Javillier’s house, I feared we were about to be accosted by its irate driver – had I committed some automotive faux pas? No, it was a smiling Jean-Yves Devevey, on his way to deposit samples (for us) chez Ben Leroux in Beaune. He loaded them instead straight into our van.

We reached Domaine Moreau around 5.30pm, the floor of the van by now invisible for stacks of boxes. Back at the hotel, Oli and I toasted a successful day with a bottle of Chassagne-Montrachet, an unexpected gift from Caroline l’Estimé. We then had an excellent dinner at Le Comptoir des Tontons whose proprietors, I am told, have a bulldog named Jasper. Unfortunately, we didn’t meet Jasper (the dog) so I can’t comment on any resemblance. 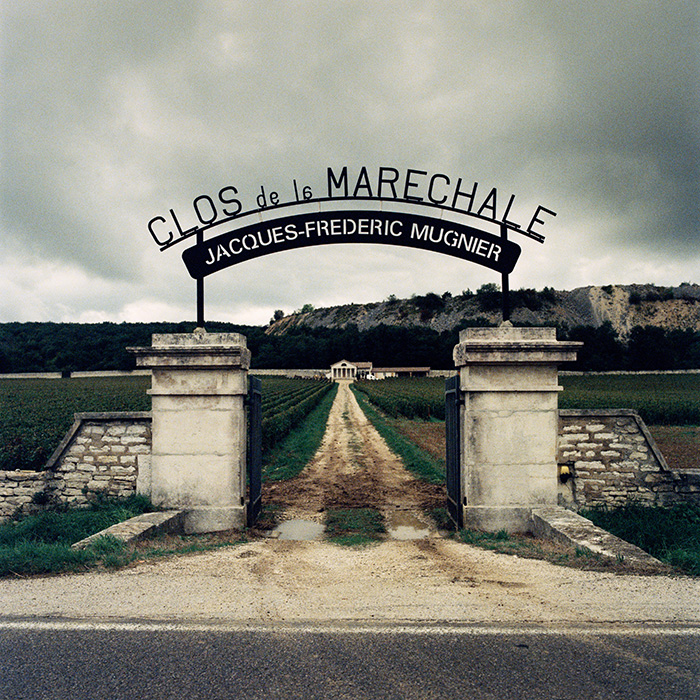 There had to be a mishap. Of course there did. On Friday morning, during a pleasant drive to Vinzelles, we speculated that we could complete the four remaining collections by midday. We lingered at Domaine de la Soufrandière, where Jean-Guillaume and Jean Philippe Bret let us loose on their bottling line – mundane for them perhaps, but a treat for us. The Brets share their knowledge and enthusiasm generously. They are also exceptionally kind and practical, which is just as well, for we exited their cuverie to find a stream of diesel running down their driveway. It lead, irrefutably, to our van. Jean-Philippe brought us tea – stereotyping to which we did not object – before spreading cardboard on the ground to absorb the noxious liquid, out of concern for the local water supply and, in turn, the domaine’s vines. His brother phoned a mechanic who, before long, was manoeuvring the laden van onto the back of his truck with a nonchalance that made me wince.

We were transported to Mâcon where, thankfully, the problem was quickly rafistolé – or bodged. We continued on our way, a few hours behind schedule, cold and hungry, but relieved.

As we returned north towards Beaune, the rain gave way at last to sunshine. The sight of the vineyards illuminated by a pink-orange sky caused our spirits to soar. Our final pick-ups proved simple: Domaine du Comte Armand in Pommard, Ben Leroux and Domaine des Croix in Beaune itself.

That evening, we toasted another (mostly) successful day with the first of two delicious Provençal beers at La Dilettante, a fabulous wine bar beside our hotel. With the second beer, we toasted our good fortune at being able to describe such escapades as work.

The adventure ended with another day of driving, driving, more driving and more Jan Garbarek.

Browse the wines from our Burgundy 2014 En Primeur offer on bbr.com.

2 Responses to “On the road in Burgundy”