For a “proper festive mood” 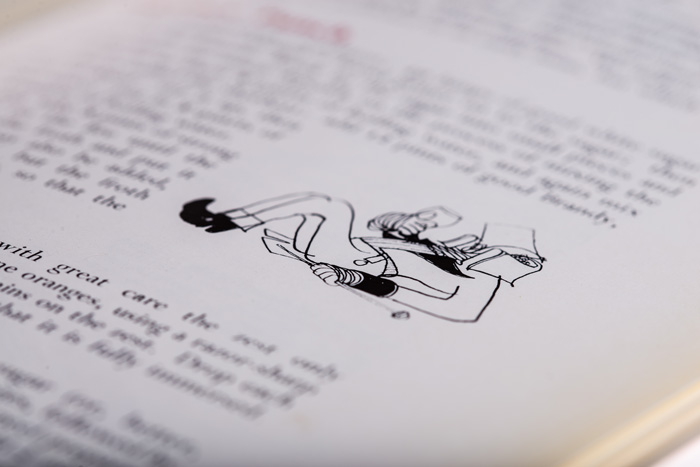 As we embark upon the official party season, we delve into our archives for a pair of perfect punch recipes. Originally published in the autumn of 1960 in our Number Three magazine, these rum- and brandy-laden beverages are bound to make for the merriest of get-togethers.

We are often asked at this time of year for recipes for punches, because few drinks are more welcome at a winter party than a warming, spicy brew of this kind. For those who are entertaining on a fairly grand scale (it is sad to be enough for 50 to 60 guests to acquire a “proper festive mood”), we reproduce below a late 18th century and early 19th century punch recipe – used perhaps by Lord Alvanley and his fellow-dandies. We follow it with a recipe for rum punch that we published in an early issue, but which may be new to many of our readers.

Take 20 fresh lemons in good ripe condition; 40 lumps of good white sugar; grate the skins of the lemons through a bread grater on to the sugar; then squeeze in the juice of the lemons, break up the sugar into small pieces and stir the juice well together, for much depends on the process of mixing the sugar and lemons. Pour on to them 8 quarts of boiling water, and again mix them well together (this is called the sherbet): add 12 pints of good Brandy, and the same quantity of Rum; stir it up, then strain it through a fine sieve; put in 8 quarts of syrup, and a further 8 quarts of boiling water. To give it a cream on top, take 8 pints of strong brown ale and warm it on the fire until the froth rises, then skim off the froth and put it into your punch; the Ale may also be added, which will improve the whole, but the froth must be put in last, before serving, so that the Punch has a creamy appearance.

Overnight preparation: Peel off with great care the zest only (outermost skin) of four lemons and four tangerine oranges, using a razor-sharp knife to make sure that no trace of white skin remains on the zest. Drop each piece as soon as cut into a small jug of rum and see that it is fully immersed. Cover the jug tightly and leave it all night to steep.

Making the Punch: Into a jug put ½ lb of loaf sugar (or, better, sugar candy). Add the juice of four lemons and four large oranges, followed by 1 pint of water. When the sugar is dissolved, add the rum and peel prepared overnight. Strain into an aluminium saucepan and set to boil. Add ½ pint of very strong tea (made by throwing a treble charge of tea into a saucepan of boiling water, stirring well and straining off at once). Bring to boil. Take off and add one bottle of rum. Heat and stir well. Take off and add ½ pint of hot (not boiling) milk. Mix well again. Strain through coarse muslin into a hot jug. Cover it up and bring it to the table or stand it by the fire until served.

Browse for the perfect punch-worthy rum or brandy on bbr.com.