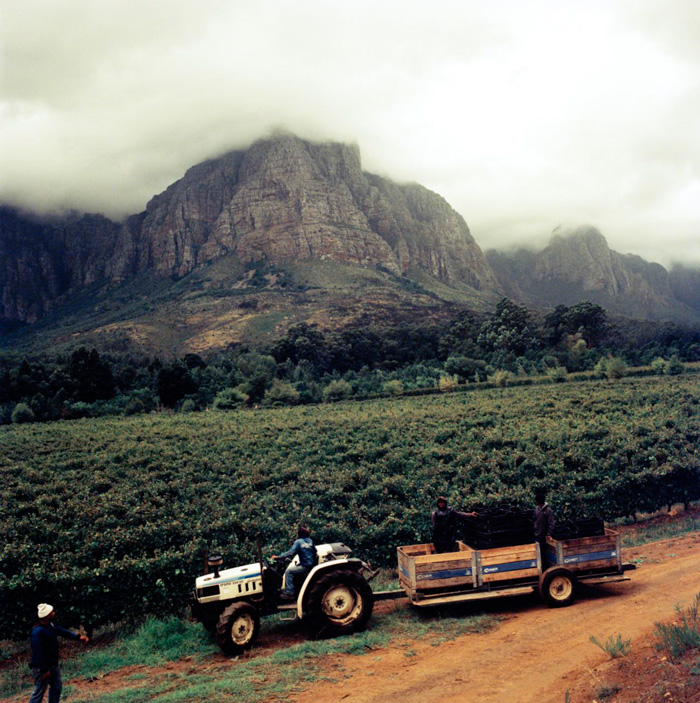 While life in the wine trade isn’t necessarily as entertaining as it sounds, or so Damian Carrington – Agency Director of Fields, Morris & Verdin – tries to tell his friends; here he reports on the new wave of producers in South Africa, a country whose vinous prospects are as exciting as can be, and whose wines make for a very good day at the office.

When trying to explain my job to friends and peers outside the wine industry they find it hard to believe that a gamut of tastings can be anything but unalloyed fun. “What do you mean you don’t want to go to the Wines of [X (insert any country you wish)] event?’ they cry, horrified. ‘Why on earth wouldn’t you want to go to [Y] fair or [Z] tasting?’

I try to explain that I’ve been to hundreds of them over my career to date, that yes it is good fun to catch up with old friends, suppliers and customers, and occasionally you taste something really interesting; but generally they are just dull. There is rarely the opportunity to taste as much wine as my friends think, and, yes, I do spit it out. Commercially uninteresting, and somehow just too formulaic to be fun, one inevitably leaves with little achieved.

I’m pleased to say that changed for me recently when we (Fields, Morris & Verdin, the agency arm of Berry Bros. & Rudd) were asked to join a small group of other importers to promote a group of wineries and winemakers that we collectively believe are among some of the most exciting in the wine world at the moment.

I have written previously in this blog about a visit I was privileged to undertake to South Africa in December 2014. What I experienced there in a short week helped re-kindle my love for wine, as we met and tasted with a new generation of hugely enthusiastic and incredibly talented winemakers. The challenge for our little group was to recreate the tangible sense of camaraderie, talent, youth and openness that we all feel pervades the South African wine scene at a tasting in London in mid-September.

Well, even if I do say so myself, we managed it! First we tracked down the most ‘un-wine trade’ of venues, The Vinyl Factory in the heart of Soho. (As an aside I couldn’t recommend the team working there highly enough and if you ever need a white box event space in the beating heart of London – look no further.)

Secondly we added over 30 quite brilliant South African winemakers and well over 300 trade buyers from restaurants and retailers all over the country. It was the most brilliant day and I tasted far more than I ever would have normally (and, yes, I was spitting out). Highlights included wines from the Cravens in Stellenbosch, Eben Sadie, Mullineux & Leeu Family Wines and Hannes Storm’s quite brilliant Pinot Noirs.

If you haven’t looked at South African wines for a while, I would whole heartedly recommend you take the time to look again. There are some outstanding wines to be discovered and what started as a trade event is turning into something of a movement, with the new wave wines starting to appear on retailers’ shelves and restaurant wine lists.