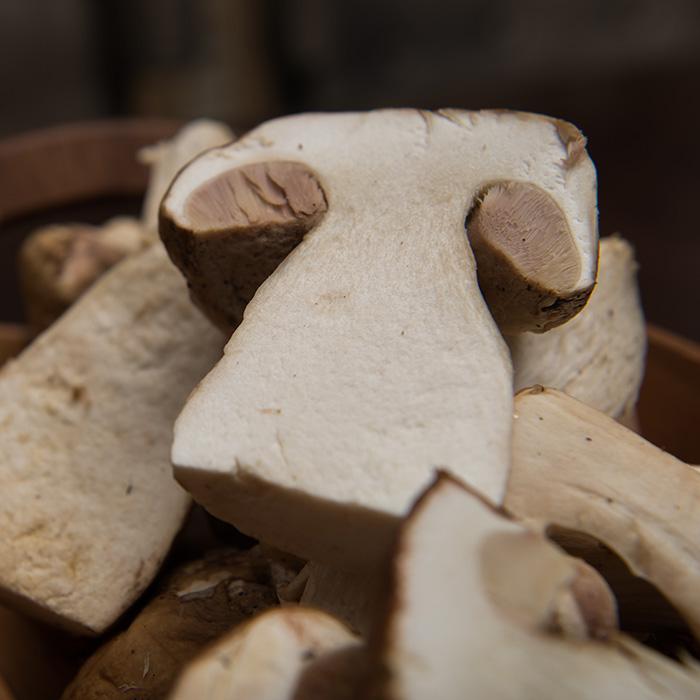 This month our Head Chef Stewart Turner turns to the earthiness of mushrooms, employing freshly foraged cèpes to create a classic risotto and elegant pastrami dish. As ever, Demetri Walters MW from our Private Wine Events team advises on the wines that will work alongside Stewart’s creations.

On the table: As autumn approaches and we wave a sad goodbye to summer, the mighty cèpe has started to appear in the kitchen. In my opinion, the cèpe is the king of the wild mushrooms; some would say that honour belongs to the morel, although I’m not going to quibble on that score. Mushrooms of all varieties are one of my favourite ingredients, but cèpes are the real standout and, when fresh, are a really sought-after delicacy. They are so hearty and flavourful, with a texture that has the meatiness of liver, the perfect combination of earthy and sweet taste. There are so many ways to enjoy cèpes, so here are a couple of recipes that will be on our menus over the season. One is a classic risotto that has a natural affinity with mushrooms, and the other a slightly more involved pastrami which may seem quite complex but is relatively simple, although quite a bit has to be done in advance.

In the glass: Though mushroom flavours vary, and cèpes top the fungi world in their fineness and intensity of flavour, I find that richly textured whites and full-flavoured reds work best as the appropriate wine matches. Wines with fruit as the main event possibly won’t work best here.

Stewart’s cèpe risotto would be a perfect match for an oily white Rhône, possibly even a nutty Savennières, or any not-so-fruity New Worlder. His calves’ tongue pastrami also invites such whites. In any case, full-bodied or boldly-flavoured red wines, think of the likes of Barolo and Châteauneuf-du-Pape, would partner these dishes extremely well: I can feel my mouth watering whilst I write this. 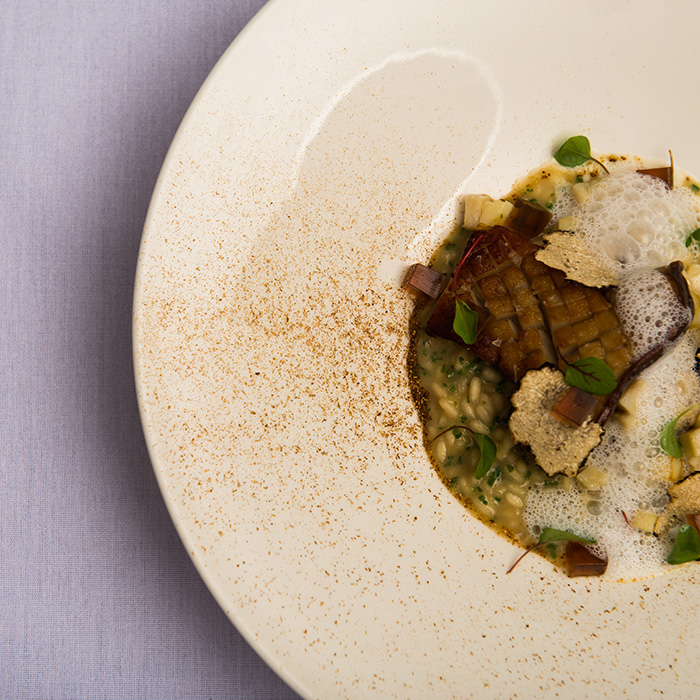 In a heatproof bowl, soak the dried cèpes in the boiling water until softened (about 10 minutes). Drain and discard the cèpes. Pour the soaking liquid into a medium saucepan, stopping before you reach the sediment at the bottom. Stir in the chicken stock and season with salt and pepper. Warm the stock over a low heat.

In a large saucepan, heat two tablespoons of the oil until shimmering. Add the shallot and garlic, and cook over moderate heat, stirring, until softened (about two minutes). Add the rice and stir to coat; allow the rice to toast for a couple of minutes. Add the wine and bay leaf; cook until the wine has evaporated. Add about a quarter of the warm stock and cook over moderate heat, stirring constantly, until nearly absorbed. Continue adding the stock in batches, stirring constantly until the rice is just cooked (about 20 minutes). About five minutes before the rice has finished cooking, fry the mushrooms: in a frying pan, heat the remaining oil, add the fresh cèpes and thyme. Cook over a high heat, stirring, until softened and golden. Keep warm.

To finish the risotto, discard the bay leaf from the rice. Stir in the butter, and cheese, then season with salt and pepper. Serve topped with the fried cèpes. It’s worth noting that the risotto should not be too stodgy but quite loose and saucy; if you need to, add a little more stock. 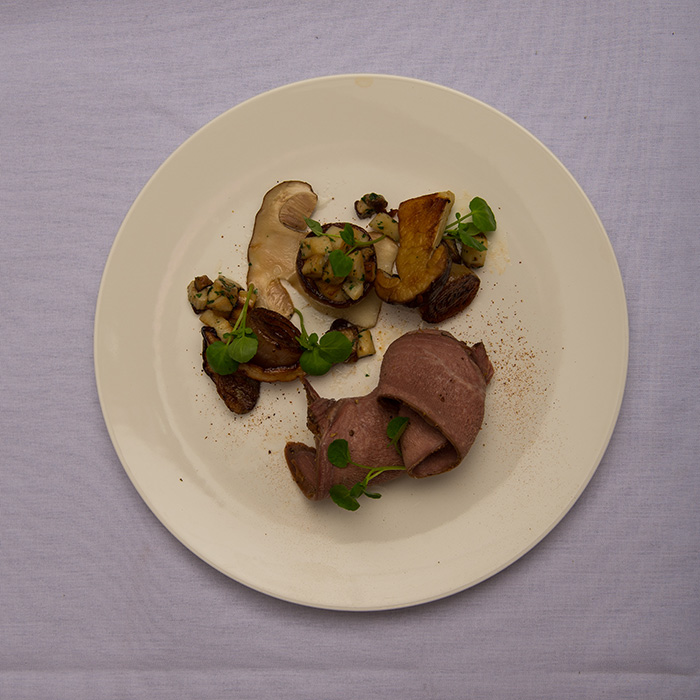 Toast the pepper, cloves, mustard seeds, coriander, allspice, and juniper berries.  Boil the water with the salt and sugar to dissolve and chill until cold. Add the toasted spices, ground ginger, garlic, and bay leaf. Rinse the veal tongue under cold water to eliminate the bloodier parts, and soak in brine for about five days.

Discard the brine and cover the tongue with water, bring to the boil and add the mirepoix. Simmer covered for about three hours until the tongue is very tender; allow to cool and peel off the skin. Once peeled, crust the tongue with equal amounts of lightly crushed coriander seed and black peppercorns. Smoke lightly (see below), then chill until ready to use.

Heat the oil in a frying pan; fry the cèpes until pale golden in colour, then add the butter and garlic. Continue to cook until lovely and golden, basting with the butter. Finish with the parsley and lemon juice. To serve, finely slice the pastrami and place on a plate. Scatter the cèpes over and around. Finish with some picked watercress and pickled shallot rings.

A note on smoking: The smoking is relatively simple: I use an old steaming pan, line the base with tinfoil and place over a medium heat. Put the crusted tongue in the steaming portion and cover this with foil. Once the base portion is hot, sprinkle with a good handful of smoking chips and when they start to smoke, place the top on, turning the heat right down. Leave on a very low heat for about five minutes; give the pan a little shake every so often to move the chips. Remove the pan from the heat and leave to sit for about 15 minutes, then remove the tongue and chill until ready to use.