From one year to the next 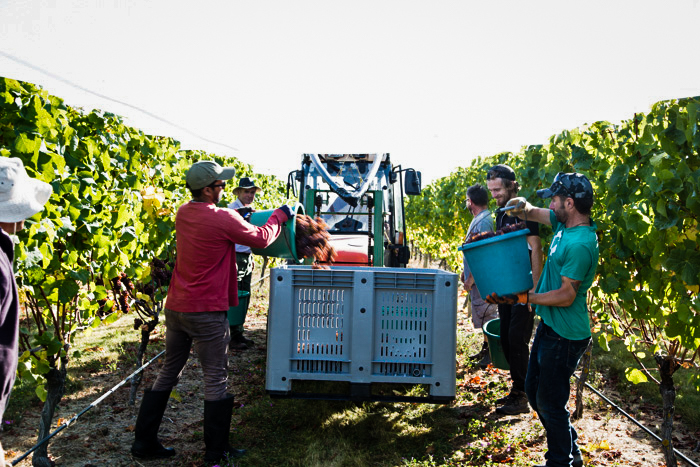 On this side of the globe, it’s easy to forget that the vintage in the southern hemisphere takes place in February, March and April. Areas of Chile, Argentina, New Zealand, Australia and South Africa have all been harvesting madly for the last few weeks, with the latter two reporting harvests as early as three weeks ahead of normal. The established regions of Europe are obsessed by the minutiae of differences in vintage conditions from one year to the next and the role that this plays in their wine styles – but does the same apply in the New World?

Sunshine can be a defining factor in European vintages, for one very good reason: we don’t get huge amounts of it over here, especially in Northern Europe. Sunshine causes the sugar levels to rise in the grapes, so influences fruit ripening but also defines the resultant alcohol levels (and body) of a wine.

At least, that’s the (short) answer that the books will give you. In the hotter climates of the New World, the extreme heat and higher UV factor of the sun’s rays can also cause sunburn on the grapes, not to mention be a cause of bush fires, especially in South Australia and, more recently, in South Africa. Bush fires can not only destroy entire crops, but the smoke taint can contaminate grapes in vineyards far away from the fire lines. Our friends at Constantia Glen in South Africa recently sent the picture below of the dramatic scenes unfolding near their vineyards. Luckily, the fires stopped just short of the neighbouring property. Even more fortunately, the Vlakkenberg Mountain behind their vineyards created a funnel effect, drawing the smoke away from their vines and saving them from any taint, as it is possible to see in the picture. Six thousand hectares of vegetation were lost in that one fire alone. 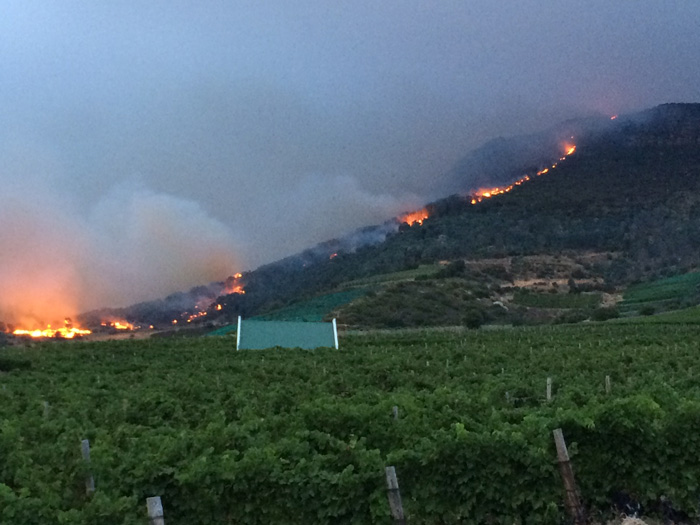 A bush fire in South Africa, as seen from Constantia Glen

In other areas of the New World, just as in the Old, frost and hail are much more regular foes; but New World areas can also suffer from equally unpredictable, irregular occurrences that can change a whole vintage style on a producer-by-producer basis. Our new Argentine Patagonian producer, Bodega del Desierto, suffered in 2010 from the first hailstorm that had fallen in their area for 90 years.  One New Zealand producer had to pick his 2014 harvest early in a hurry as a cyclone stormed through the vineyards, resulting in a lighter style than normal for his wines and the decision to make no cases of the top wine that year.

It is worth remembering that many producers in the New World are still young and finding their respective paths. Vintage variation in their wines may be as much to do with the vines maturing or their winemaking style changing as it is to do with the weather in that year.

So, vintage variation is a complex matter.  However in the New World, where sunshine is generally abundant and good levels of ripeness are fairly standard, it is relatively uncommon to come across a truly ‘poor’ vintage. There can be lesser vintages and greater vintages of course – but often the ‘lesser’ ones can be lighter and more elegant than powerhouse wines of ‘greater’ vintages, and it comes down to personal taste as to which is your preference. And every cloud has a silver lining: premium-level producers often declassify the grapes from their top vineyards to their more accessibly-priced ranges in ‘lesser’ years, making those cuvées excellent value for money.

Look out for our South Africa offer next month.