Berry Bros. & Rudd saluted its Grand Tour Italian friends and suppliers with a farewell lunch at No.3 on 4th September. Mr Sander ten Veldhuijs was one of the lucky few customers to attend. Here he shares his experiences.

“Is there a better way to spend your afternoon below London with a large group of Italian wine producers? For all Italian wine lovers the answer to this question is obvious, so I entered the shop on St James’s Street and went down the stairway to heaven.

Berry Bros. & Rudd’s producers’ lunch is a unique opportunity to meet so many top producers in one afternoon. As always, the venue, food and service at Berry Bros. & Rudd were best in class, but the group of attendees was properly unique. It is also a special event for the producers because they don’t meet each other in these large numbers on their home turf. They have to come to London for a fantastic wine tasting showcasing their wines, and as a thank you they get invited to a most special lunch. I was lucky to be there as one of the customers who has a special interest in Italian wines.

My love for Italian wine goes much further that the odd sip of vino. I have visited many producers in the country when I lived there and in most occasions I found that the hospitality is at stellar levels and the wines are extremely good value for money. No Bordeaux snobbism here; proper wine in large quantities and, if you ask, they will cut you a slice of homemade salami and give you a lovely chunk of local cheese.

A different set-up this afternoon, the delicious food was prepared in the kitchen and the producers brought their own wines. This makes it a great opportunity to try some older vintages and to drink the wines they are really proud of, since “La bella figura” rules in Italy and you never want to come unprepared to an event like this.

So there I sat at the table, surrounded by lovely people who share my love for Italian wine, with everybody sharing their own produce with the people at the tables. I indulged myself in wines that I had never tried before, but loved, as well as well-known names that are regular assets to my own cellar.

It is particularly down to David Berry Green that there is this proper emphasis on Italian wines within Berry Bros. & Rudd. Finally the British population can drink these fantastic wines and buy them from the most reputable retailer in the country, where the customer is still king. The producers also fully appreciate the efforts David puts in promoting their wines and with the retailer, producers and customers in one historic room, emotions ran high and taste buds were stimulated to the max. Some of the wines were more than 20 years old and there was a good mix between whites and reds. Having lived in the Valpolicella region, I brought a bottle of Amarone from 2000 which we saved until the cheese dish. One task left for David is to find a great grappa producer so we can have a grappino or two with the espresso. 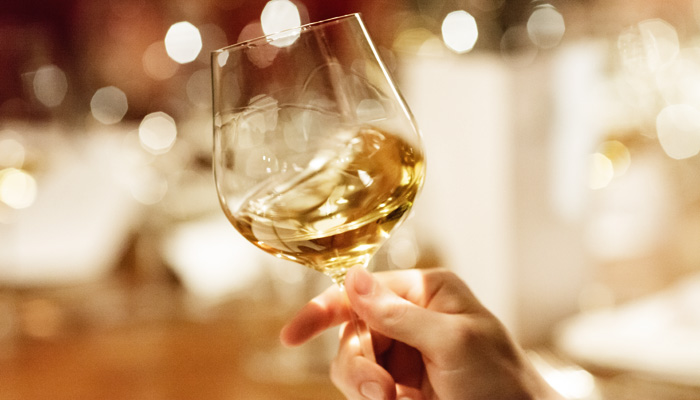 The event came to an end and people had to leave: some to catch planes home to Italy, and I to find my way to the train station. I left the event with a big smile on my face and many happy memories about the wine, people and food. That smile is still there, especially when I think of the delicious wines that I tasted that afternoon and when I think of all the new friends I have made. The next holiday will be to Italy, and we have already booked some visits to producers that I met at the event. Life can only get better: delicious food, Italian friendships and superb wines. Viva Italia!