Jasper Morris MW brings us up to date with the Burgundy harvest, as the vignerons tread the delicate balance between ripeness and rot.

The days leading up to harvest are the usual battle of nerves: to hold on for full maturity or to get the grapes in before rot can further diminish an already small harvest. This year, the story is complicated by uneven ripening due to the long, spun-out flowering: not only does this mean that one plot may be much more advanced than another, but also that some vines within a plot are good to go while others are clearly unripe. This is where the capacity of the finest vignerons to take great pains will show. 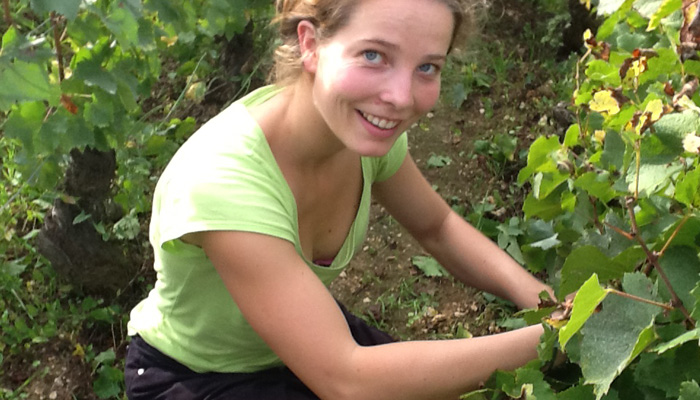 Monday 23rd September
The beautiful weather continues – another bright, sunny day with a crystal-clear blue sky thanks to the north wind. Patrick Javillier began harvesting today – well ahead of his expected start date of 28th. Olivier Lamy picked a small plot of white Santenay where rot was threatening to set in.

Tuesday 24th September
Bright and clear at home but heavy fog all morning on the Côte – perhaps heralding a change in wind direction, if not yet in weather. I went up to Chablis in the afternoon, where again the weather was glorious, but a week-or-so of morning fogs means that rot is beginning to develop. Didier Séguier of William Fèvre is planning to start in his most advanced vineyard on Thursday – the same as many in the Côte de Beaune – but the main harvest will not be until the following week. 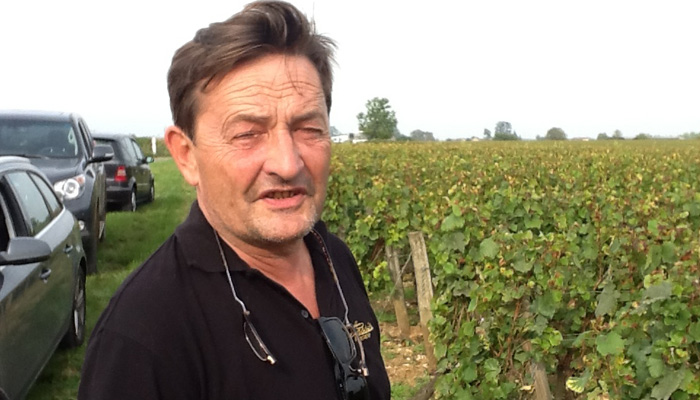 Dominiqe Lafon by his vines

Wednesday 25th September
Dominique Lafon started today in good weather, though it became cloudier and sultrier as the day wore on. Dominique often starts relatively early, just picking specific plots that are ahead of the rest, and finishes quite late as he leaves the tardy sectors until they are ripe. The ‘good old boys’, by contrast, tend to pick a starting date and then keep going until everything is in. 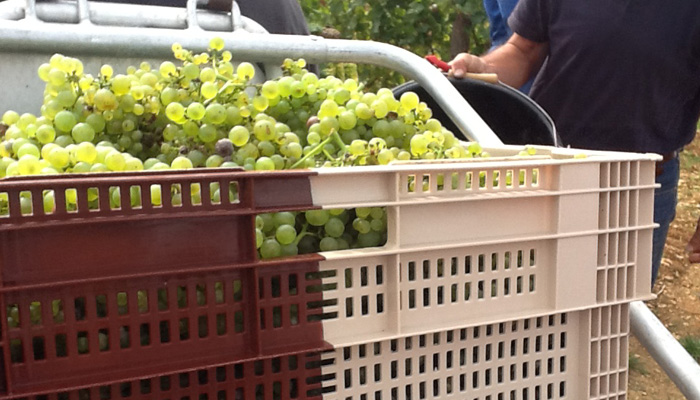 Thursday 26th September
There was a shower in the night, but it was warm again in the morning. Many growers in the Côte de Beaune started today. I meant to get out and about but spent the whole afternoon tasting with Benjamin Leroux. He is planning to get a couple of whites in before the weekend but reckons that most need a bit more time and the reds certainly do – unripe skins. He went round the Côte de Nuits this morning (some people were picking, to his surprise), and thinks the grapes look in great condition and will easily survive the rain that’s forecast this weekend. Local showers again in the evening, and unseasonable warmth. 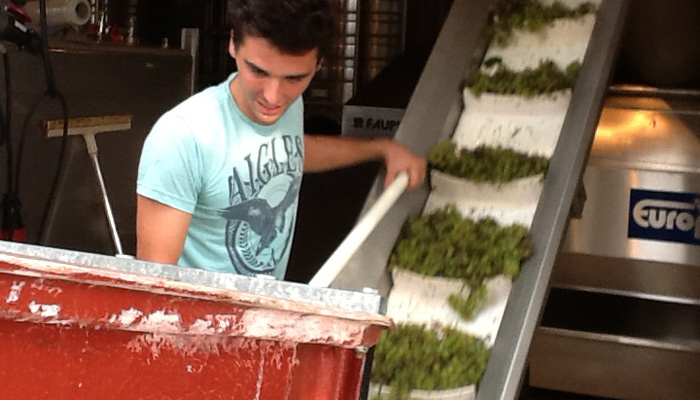 Friday 27th September
I spent the morning tasting in the Côte de Nuits where the vines look happy and healthy, but there’s no sign of harvest activity. Most people will be starting at the end of next week, around 5th October. Then back to Beaune – no signs of life either in Beaune, Pommard or Volnay but Meursault was buzzing. I found Dominique Lafon in his Bourgogne Blanc, assisted – amongst others – by his daughter Léa, and by André Ostertag’s son Arthur. They have been picking the earliest whites over the last three days and are pleased with the results – around 13-degrees and a pH of 3.10 for example – but not with the yield, below 30 hl/ha.

Saturday 28th September
Up early and off to the Puligny-Chassagne border to help Benjamin Leroux pick his Bâtard-Montrachet in fine weather. He has seven long rows comprising 0.16ha. It was friends and family (including six-year-old Zac) rather than a whole picking crew, and took two hours after which we were rewarded with a delicious casse-croûte and some Bâtard-Montrachet from 2009 and 2011. In the afternoon it remained very sultry and clouded over with the odd spot of rain. However, the major rain predicted for Sunday seems to have been commuted into showers and drizzle. 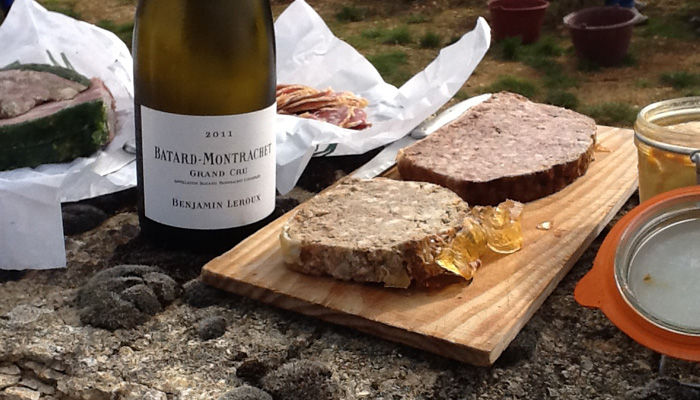