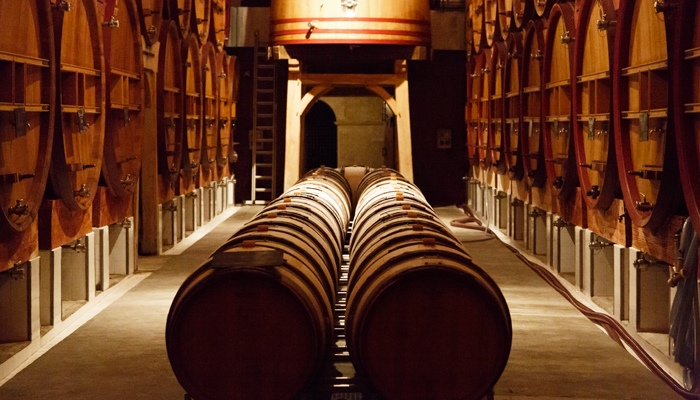 After a busy December, January trading continues to confirm that the market is stabilising. 2012 closed on a high (see below graph) and continues to perform well with the Liv-Ex 100 (the industry’s leading benchmark, made up of 100 of the most sought after wines with a strong secondary market (made up with 92% Bordeaux)) closed the month up by 2.8%, the greatest increase since February 2011. The continued stabilisation of the fine wine market has returned confidence towards Bordeaux.

Looking back over 2012 the Liv-Ex 20 most traded wines in 2012 in terms of volume are 95% Bordeaux and in terms of value 100% Bordeaux. The First Growths continue to feature high on the list with a number of vintages (2006, 2008, 2009) of Ch. Lafite-Rothschild in the top five wines reflecting continued demand for arguably the most famous First Growth. It is of course possible, if we had more bad economic news, that this recovery could again be stifled. However, it is fair to say though that there is a fair bit of bad news already built into the current market, and with prices now back to around their 2008 levels, many top Bordeaux are starting to look very attractive again. When and how fast things will recover is based in part of course on the wider economy, but sentiment in the trade is certainly improved. In addition, in an uncertain climate there is an attraction to buying a physical asset that is immune to inflation.

BBX (Berrys’ Broking Exchange) is the industry’s leading fine wine broking exchange for private individuals. The introduction of the bid function in October 2012 has increased communication between buyers and sellers.  At the time of writing there are 3819 live-bids with a total value of £3,712,794. Bordeaux reflects 58% of the bids in terms of volume and 70% in terms of value. 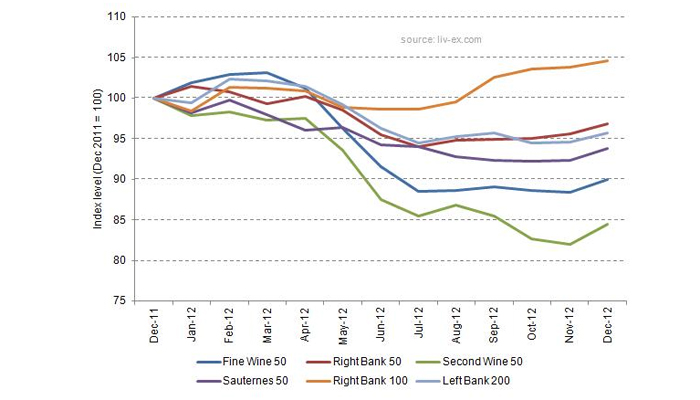 News from our Hong Kong office and our recently launched Singapore office continues to be encouraging. Together with Bordeaux, demand for Burgundy remains especially high following a very successful Burgundy En Primeur campaign. As availability of top producers such as Domaine de la Romanée Conti, Domaine Leroy and Henri Jayer is extremely limited, there has been a noticeable broadening in demand for other producers such as Armand Rousseau, Georges Roumier and up and coming domaines such as Domaine de la Vougeraie and Domaine du Comte Liger-Belair. As with the UK, our Asian offices are seeing more energy, demand and trading for top clarets with an emphasis on older vintages with excellent provenance. Bordeaux is unique in the world of wine as it has the following attributes in conjunction on an unrivalled scale: high levels of production, quality, longevity, prestigious heritage and resultant global brands. If and when wine breaks further into the emerging markets, Bordeaux is very likely indeed to lead the way, whilst keeping its traditional place in existing markets. The importance of traditional markets should not be underestimated. The UK is still a hub of the fine wine trade and a recent report on the American market reported an annual turnover of fine wine as US$3.2 billion through retailers and an estimated $250m secondary market (described as a growing sector).

Renowned wine critic Robert Parker will release his bottle scores for 2010 later this month and the wine trade is preparing for the 2012 Bordeaux En Primeur. At this point, it is difficult to make many generalisations about 2012. It was a mixed vintage and merlot dominated wines are likely to have benefitted most. Both quantity and quality is mixed and will depend very much on individual châteaux. The biggest question that continues to be at the forefront of most people’s minds is pricing. There is a rumour that prices may be lower for 2012 En Primeur than 2011, and this is probably fuelled by those châteaux whose prices were high last year (and saw few sales). Most likely those that priced themselves sensibly in 2011 and saw demand for their wines (such as Ch. Pontet-Canet and Ch. Ducru-Beaucaillou) will most likely release their 2012s at a similar price.

Overall, increased demand for fine wine combined with decreasing supply (both directly from Bordeaux and in the secondary market) are the underlying strengths that boost a positive message for 2013.