Fresh from the Loire: News of Vintage 2012 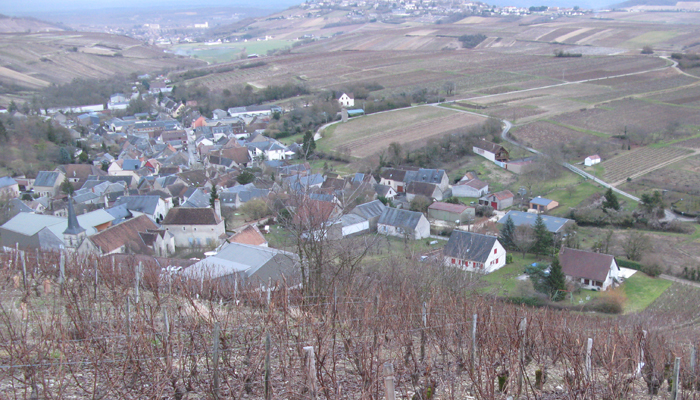 Tied up with contributing (proudly) to Oz Clarke’s Pocket Wine Book 2014 (…on Italy) I’ve been unable to make my annual trek to the Loire to catch up with the latest vintage.

Fortunately I know a man who did: Adam Bruntlett, Junior Buyer at Fields Morris & Verdin, and here’s his report:

‘Muscadet – Fantastic concentration and salinity, and a real mineral purity, particularly amongst those who hand-harvested. Minute yields (21hl/ha) but extraordinary quality.

Layon – didn’t visit here but our chap in Anjou/Coteaux de la Loire did not make any sweet wine due to wet conditions at harvest – he said a disaster for sweet wines.

Saumur-Champigny – Ratron 35% down so only making one red cuvée and his white as a result. The quality is excellent.

Bourgueil – Mabileau were satisfied with the results despite the low volumes. He felt that his organic methods paid off in such a difficult year. He had to select a lot in the vineyards. Problems with Coulure and he also had to be careful with phenolics. The wines have quite low acidity but very pleasurable. Lamé-Delisle called it ‘complicated’ and not an ‘année du siècle’, but a good year.

Chinon – 40hl/ha so not too bad. Delalande was surprised with the quality, having expected the worst after a difficult year. The slopes fared better than the plains.

Vouvray – dry wines only at Huet and Carême. They had a very difficult, wet harvest. Carême made 25 hl/ha (usually 40hl/ha) and would have liked more but was pleased with the quality. He had lots of rot and unripe grapes but he hand-harvests, as do Huet.

Touraine Sauvignon Blanc – Terrible season with rain until 14th July, then drought and water stress, plus heat of 35 to 38 degrees on August 14th and 15th. Jean-Christophe called it ‘difficult’ but is happy with the quality. Bellevue had around 40 to 45hl/ha, which he said was better than many.

Reuilly – Very good wine but unfortunately there’s very little of it due to frost, hail, mildew, a heatwave of 38 to 42 degrees over 5 days in mid-August. The Pinot Noir and Pinot Gris hit by 50% or more because of early bud break and a frost on the 18th April.

Sancerre & Pouilly-Fumé actually fared best of anyone with normal yields and good quality – I would say it’s actually better quality-wise than 2011, where some growers struggled with rot. François Cotat harvested early this year – 27th September, so his style is more vibrant.

Overall I’d say the message was good quality, low volume (except in Pouilly and Sancerre where both were good). No sweet wine made due to rain at harvest time. This was a very challenging year in the vines that somehow turned out well in the end. Those who were most conscientious in the vines fared best. I prefer it generally to 2011 but it’s not a classic like 2010 or 2008.’

That said I haven’t been totally inattentive: last week David Sautereau (of Crézancy-en-Sancerre) sent me tank samples of his (wild yeast) 2012s for me to blend the new Berry Bros. Sancerre…another first here in Serralunga d’Alba! It struck me as I tasted through Sancerre’s different terroirs (marnes, terres blanches, caillottes…but not silex alas) that a) vintage 2012 echoed that of the fine 2002 and b) that the most complete expression of  Sancerre is surely the one that blends all the key soils together…just like Barolo!