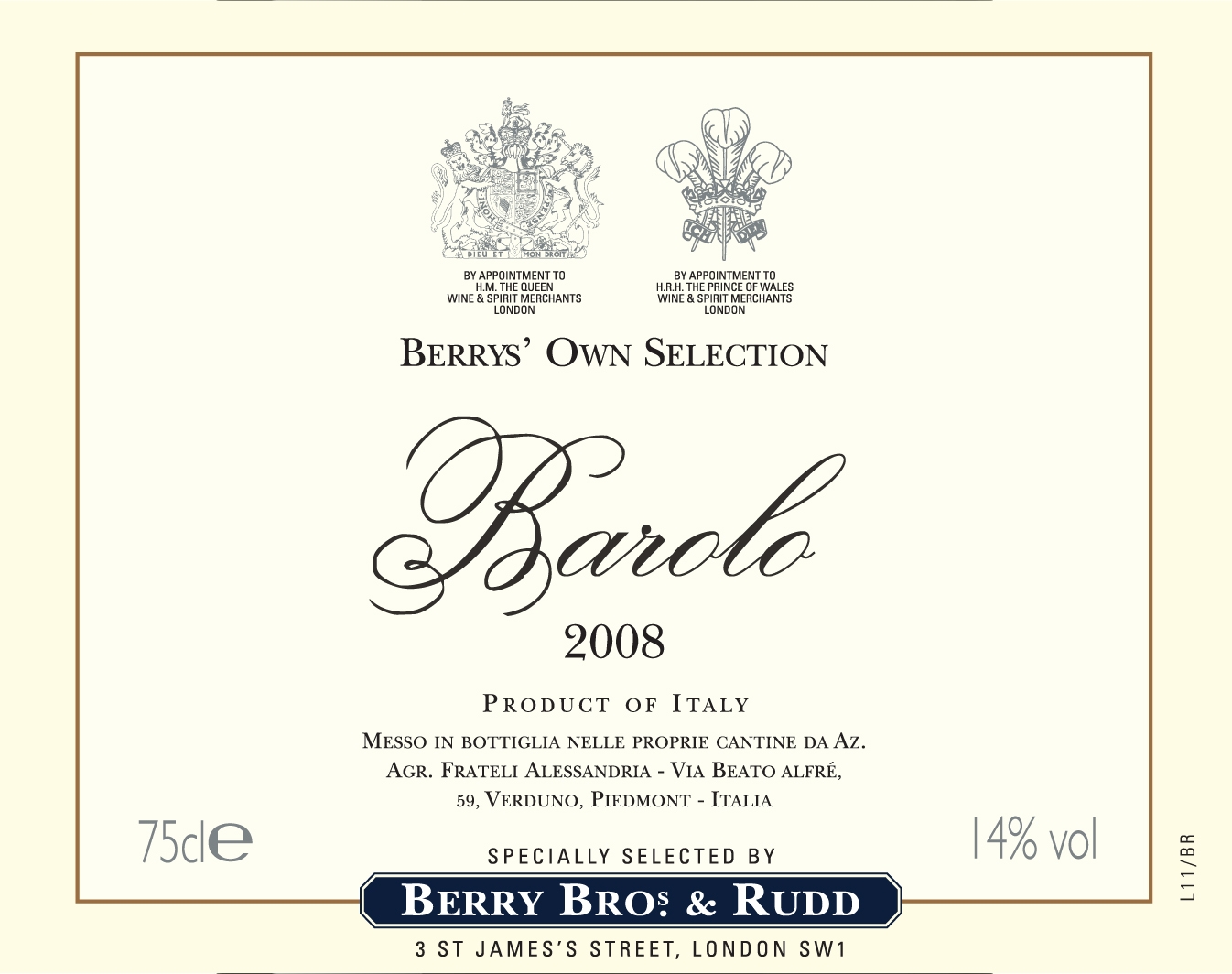 Coming from the village of Verduno, the wine is a traditional blend made by the historical cantina/winery of Fratelli Alessandria. Hear Vittore Alessandria, the latest generation to work in the business, explain what lies behind the label…

While Berrys have been focused on selling Frattelli Alessandria’s single vineyard wines, San Lorenzo, (Monforte’s) Gramolere, and Monvigliero, I’d always had a soft spot for their classic Barolo, a blend of four of their Verduno vineyards (Campasso, Pisapolo, Rocche dell’Olmo, and Boscatto); a wine that captures the gentle elegance offered by Verduno fruit.

But why Verduno you ask, when I could have opted for something from the more famous villages of Monforte, Castiglione Falletto or Serralunga d’Alba? As Vittore explains in the video, Verduno is the village closest to sandy Roero to the north, hence lighter Tortonian calcareous sandy/clay soils (7 million years old). This, together with the slightly lower altitude of its predominamtly south/east facing vineyards, and close proximity to the river Tanaro, gives Verduno wines a soft, easy charm, as opposed to more structured, forthright styles offered by its neighbours, La Morra excepting.

So the terroir’s right, as were the yields that came in at reasonable 53 hl/ha (without excessive green-harvesting!). Ditto the vinification: a traditional, static fermentation and maceration for two to three weeks followed by three years in large slavonian and French oak botte, bringing the wine on to the point of perfection.

We’re kicking with vintage 2008, bottled in May 2012. It was a classic Nebbiolo vintage, with the harvest at the normal time, that benefited from sufficient humidity and (bunch) hang time to give a complete, complex yet generously approachable style of Barolo with modest alcohol levels, fresh acidity and good (dry) extract; one that should be drinking now and over the next ten years.

Berry’s Barolo 2008 will be launched at our 6th September Grand Tour Italian tasting in Lindley Hall, London SW1! More about that event, and the accompagnying offer, to follow…!